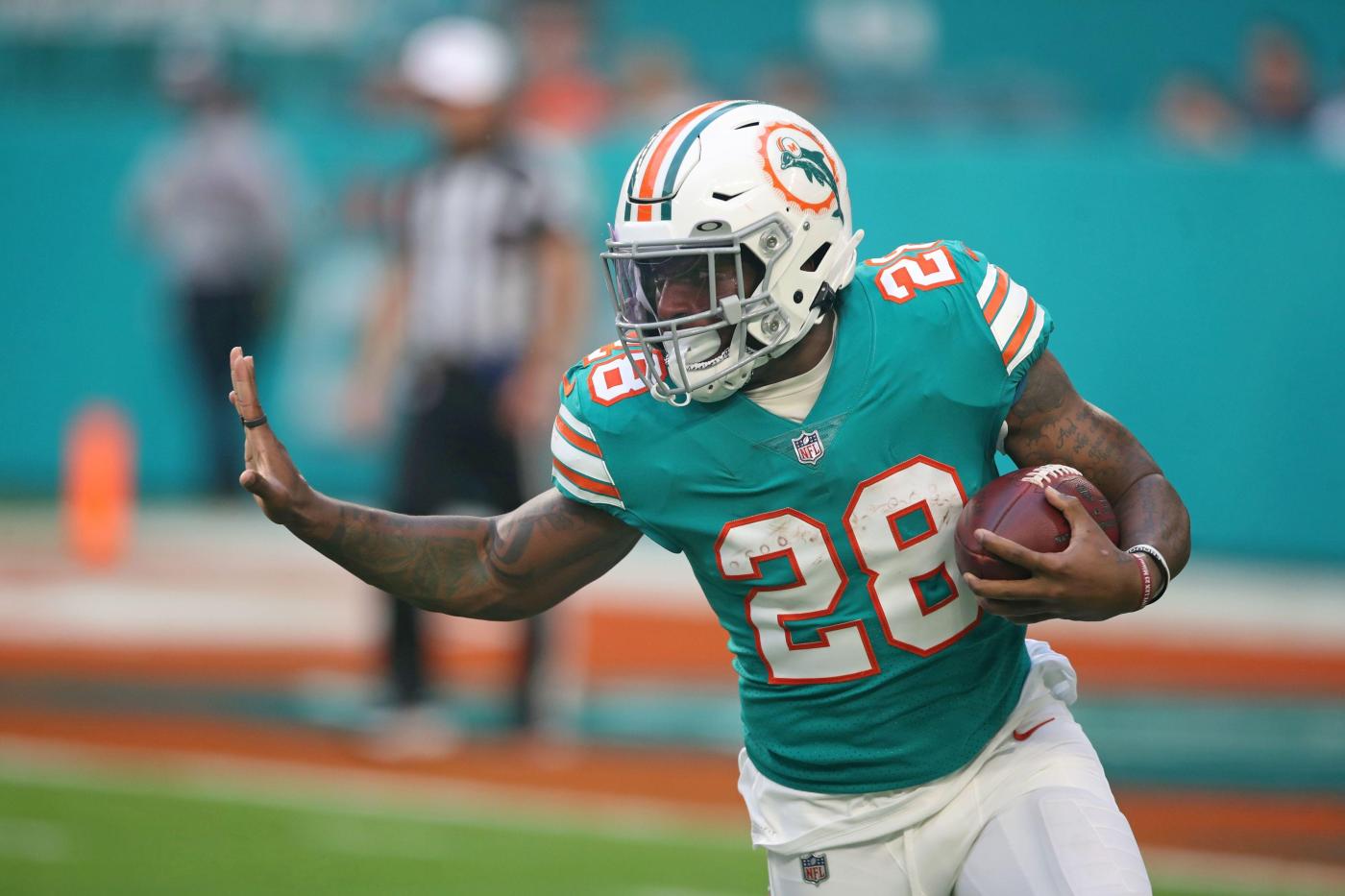 The Miami Dolphins’ season may not be heading to the postseason, but it ended on a high note and with a win that secured a sweep of a rival that dominated their division for most of the past two decades.

A win in the finale over the New England Patriots, 33-24, on Sunday evening at Hard Rock Stadium left many wondering what could have been had the Dolphins not squandered a number of opportunities, like falling to the lowly Jacksonville Jaguars during a 1-7 start.

The Dolphins were instead already eliminated from playoff contention when they took the field against the Patriots after last Sunday’s embarrassing loss to the Tennessee Titans, but they left with something to build on heading into the offseason.

The Patriots (10-7), who already clinched a playoff berth entering the final week, are the AFC’s No. 5 seed and top wild card. They fall to No. 6 if the Las Vegas Raiders top the Los Angeles Chargers on “Sunday Night Football.” New England still had a shot at the AFC East division crown on Sunday with a win and Buffalo Bills loss to the New York Jets, but the Bills took care of business.

Outside of the opening drive, the Dolphins did it mostly on the ground. Duke Johnson ran for 117 yards and a touchdown on 25 carries.

Dolphins quarterback Tua Tagovailoa, who is now 3-0 in his career against the Patriots and 2-0 against former Alabama teammate Mac Jones, was 15 of 22 for 109 yards, getting nearly half his passing yardage total on the opening series. His 11-yard scramble for a first down on third-and-8 with under two minutes was key in securing the victory after a late New England rally.

Jones finished 20 of 30 for 261 yards, a touchdown and an interception.

First, on the opening drive where Jaylen Waddle broke the NFL rookie receptions record, he caught a 7-yard touchdown pass from Tagovailoa. Tagovailoa, who started 8 for 8 on Sunday, completed all seven of his passes on the opening series for 54 yards and the touchdown.

A minute and a half later, following the scoring drive that took 7:26, Dolphins cornerback Xavien Howard intercepted Jones and returned it 37 yards for a touchdown.

After the lead got up to 17 on a 30-yard Jason Sanders field goal, the Patriots scored for the first time midway through the second quarter. Running back and ex-Dolphin Brandon Bolden scampered 15 yards for a touchdown. Jones had a 35-yard pass to tight end Hunter Henry get New England into Dolphins’ territory.

After a Nick Folk field goal in the middle …read more