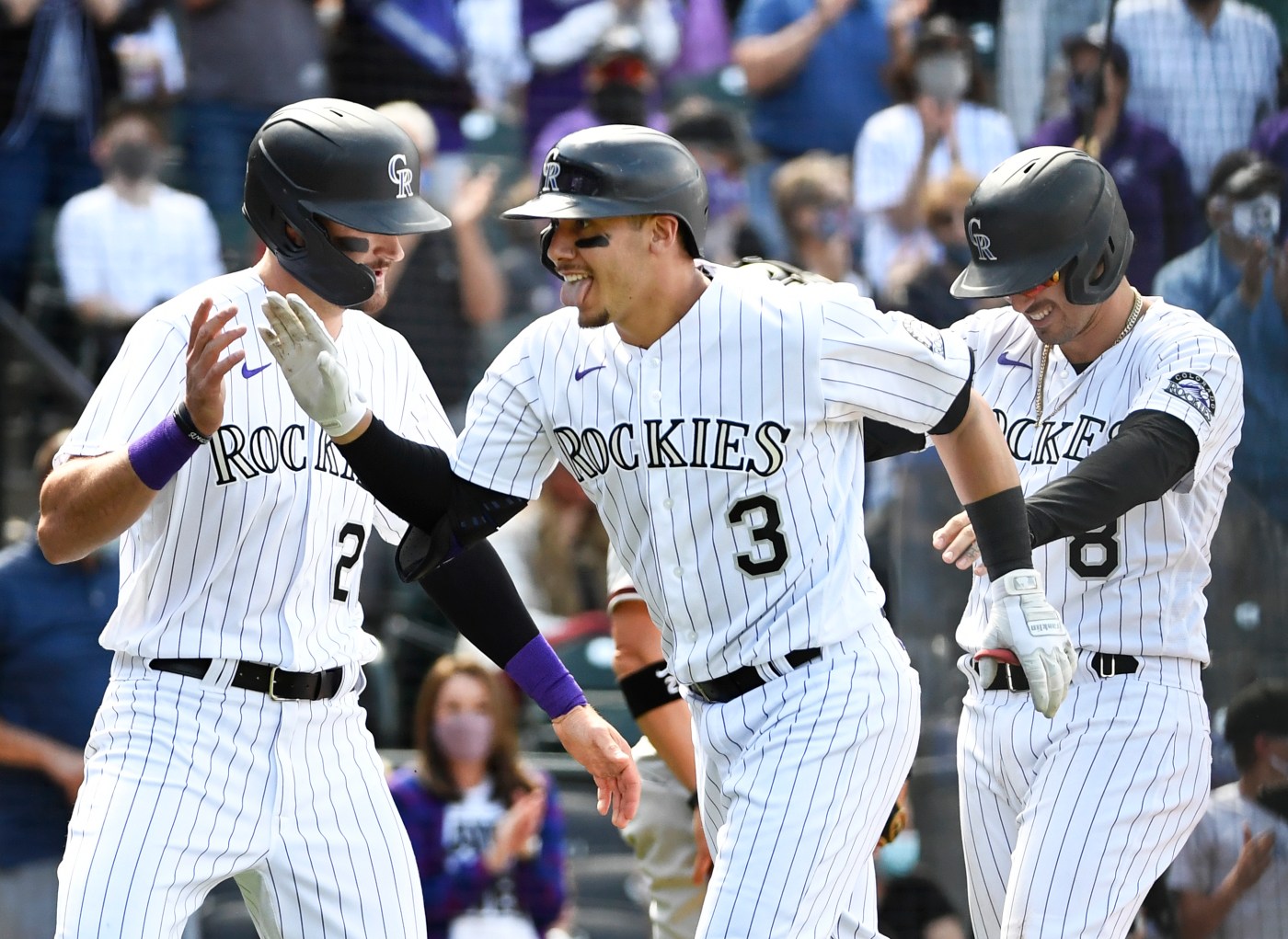 Blake Street turned into Easy Street for Rockies starters in their victories over the Arizona Diamondbacks on Wednesday night and Thursday afternoon at Coors Field.

It wasn’t just that Antonio Senzatela flashed excellent stuff in Colorado’s 8-0 win on Wednesday, or that Jon Gray no-hit the D-Backs for six innings in Thursday’s 7-3 victory. Credit must also go to the Rockies’ offense, an underproductive unit over the last two seasons.

Colorado pounded out 10 timely hits Thursday and catcher Dom Nunez hit a three-run homer in the sixth inning for the knockout punch. It was his third home run in 14 at-bats this season. Last year, Rockies catchers produced just two homers in 207 at-bats, both by Elias Diaz, who’s still with the team.

Overall, Colorado’s offense has been sluggish through the first seven games of the season, with a .236 average and .289 on-base percentage. But the Rockies have hit 12 home runs.

Thursday, Colorado ambushed starter Merrill Kelly in the first inning, banging out three runs on four consecutive hits: Singles by Garrett Hampson and Raimel Tapia; a run-scoring double off the left-field fence by Trevor Story; and a two-run single by Charlie Blackmon that clanged off the out-of-town scoreboard in right.

Story, whose first-inning double snapped an 0-for-14 skid, made it 4-0 in the second with an RBI triple to right-center to score Hampson.

“Today was the perfect example of having no worries,” Gray said when asked about the support he received from his offense. “You’re just pitching, and you get in the zone and it’s a great feeling when you get up by four or five runs. Everything’s on you from there on out, but you have a lot of cushion, so you just kind of attack.”

Gray’s fastball did not blaze Thursday, topping out at 94.5 mph, while averaging around 92. But he still went after hitters with his slider, as well as an improving changeup, and he kept the visitors guessing. Through two starts, Gray is 1-0 with a nifty 1.54 ERA.

The right-hander’s no-hitter was nixed when David Peralta led off the seventh with a triple to left-center. He scored on Pavin Smith’s follow-up single to right, spoiling the shutout. Nonetheless, Gray pitched a gem: 6 2/3 innings, one run allowed on two hits. He walked four and fanned five.