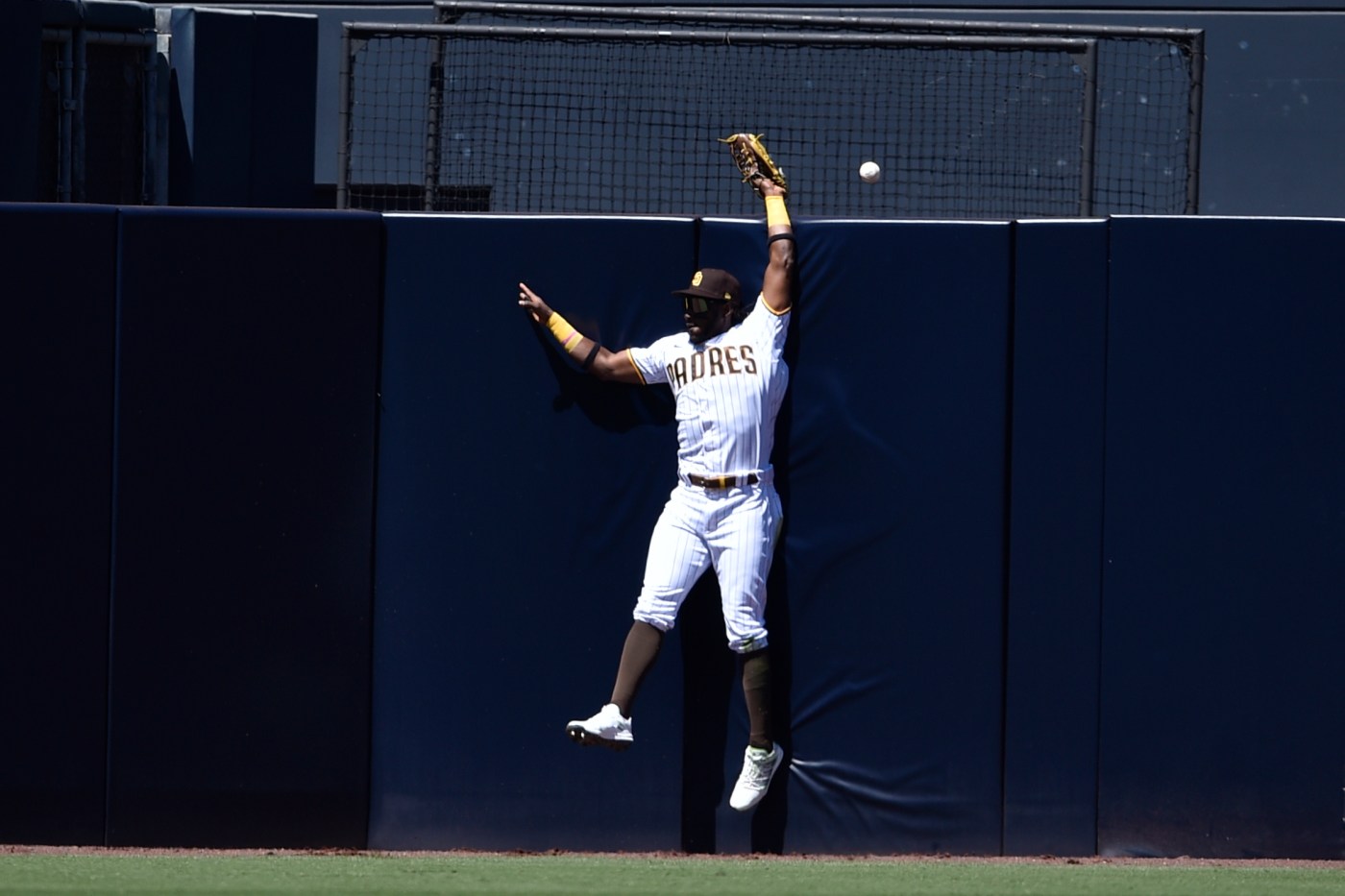 Donovan Solano, known to Giants teammates as “Donnie Barrels,” has an innate ability to find the sweet spot of the bat and pepper the diamond with base hits.

So on a day when Solano went 0-for-4 with three strikeouts, no one expected him to be the team’s offensive savior. It’s a sign of how well the Giants are pitching and how poorly they’re hitting that Solano was able to earn that label anyway.

In top of the 10th inning at Petco Park, Solano didn’t find the barrel, but he did deliver the game-winning swing as his 294-foot flyball was barely deep enough to bring home Alex Dickerson for a go-ahead sacrifice fly.

Dickerson, who began the 10th inning on second base, advanced to third base on an Austin Slater flyball for the first out before holding on a Mike Yastrzemski infield single. When Solano’s flyball reached Myers’ glove in right, the Giants’ left fielder raced to the plate and narrowly beat an on-target throw from the outfield.

After right-hander Tyler Rogers surrendered a game-tying home run to Padres right fielder Wil Myers in the bottom of the eighth, Giants left-handers Jake McGee and Wandy Peralta pitched perfect ninth and 10th innings to cap off a 3-2 win and secure a hard-earned series victory.

With a pitching matchup featuring Kevin Gausman and Blake Snell, the Giants and Padres entered Wednesday’s rubber match at Petco Park expecting runs to come at a premium. The way the Giants have swung the bat this week, it’s almost stunning they were able to take two of three from a loaded San Diego Padres squad.

Kurtenbach: What we learned about SF Giants’ starters after first turn through rotation

SF Giants react to Fernando Tatis Jr.’s injury: ‘All of us want to play against the best’

Rogers’ eighth-inning miscue came following a brilliant outing from Gausman, who was “Cain’d” for the second straight start to open the year. Despite pitching well and handing the ball to his bullpen with a lead, Gausman didn’t receive much offensive support and didn’t earn a win for his efforts, which happened to Matt Cain throughout the best seasons of his Giants career.

When the Giants extended a one-year, $18.9 million qualifying offer to Gausman at the …read more