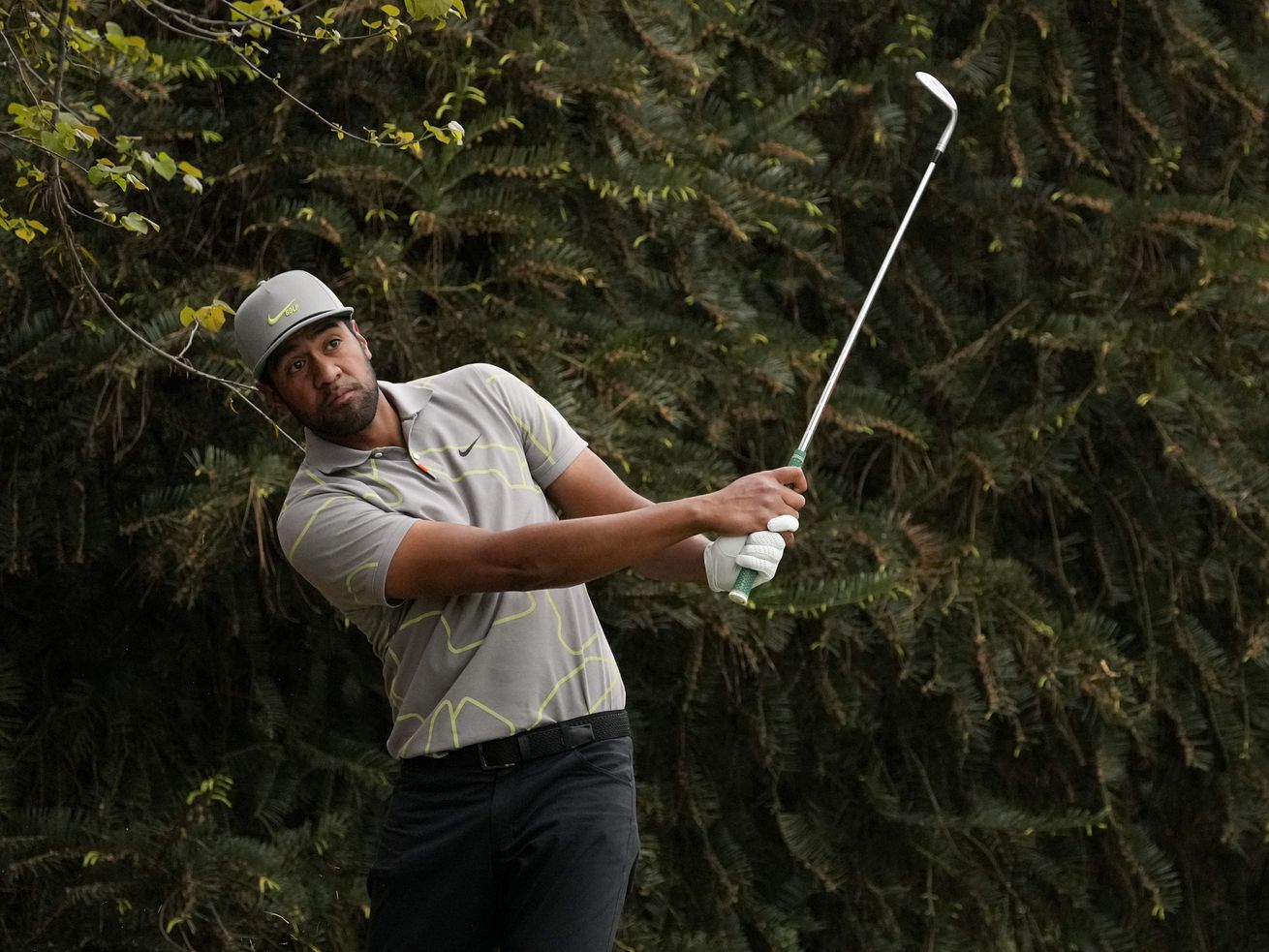 Tony Finau watches his shot on the 10th hole during the first round of the Masters golf tournament on Thursday, April 8, 2021, in Augusta, Ga. | Matt Slocum, Associated Press

Former Salt Lake City resident Finau fires a 2 over par, while Sandy resident Weir cards a 6 over par in the opening round at the Masters

Tony Finau said before the Masters opened Thursday that Augusta National Golf Club would be much more difficult than it was last November when Dustin Johnson shot a tournament-record 20 under par en route to winning the green jacket.

The Salt Lake City native was proven correct, by his score and almost everybody else’s.

Finau opened with a 2 over par 74 and is tied for 31st place through 18 holes. Fellow Utahn Mike Weir, the former BYU golfer and 2003 Masters champion, shot a 6 over par 78 in his morning round and is tied for 75th.

With Friday’s 36-hole cut trimming the field to the low 50 players and ties for the final 36 holes, Finau, 31, is in decent shape to play on the weekend, but the 50-year-old Weir is not.

Justin Rose of England shot a 7 under par 65 and has a four-shot lead over Brian Harman of the United States and Hideki Matsuyama of Japan.

Thursday, Finau made four birdies and four bogeys, but had a double bogey on the par 4 No. 3 hole to keep him from posting an even round.

Short putting was once again Finau’s nemesis as he missed several from within 8 feet.

On No. 3, the West High graduate who lived in Lehi until January of 2020 when he moved to Scottsdale, Arizona, found trouble with his tee shot and left his bogey putt 2 feet short.

He was 1 over at the turn, then bogeyed 10 due to another wayward tee shot.

A beautiful lag putt earned him a tap-in birdie on No. 13, but on 15 he took another bogey after his approach to the par 5 carried water only to have it hit a slope and roll back into the water.

Finau rebounded with a birdie on No. 16, hitting his tee shot to 4 feet on the par-3 hole. But on 17 he found trouble off the tee again, recovered with an approach just short of the green and chipped to within 5 feet before missing the par putt.

Weir made par on his first four holes, then bogey on his next four and made the turn at 4 over.

It appeared his round was turning around when he birdied the par 4 10th, but disaster struck on No. 11 when he made a double bogey.

Weir’s third shot skittered 20 feet past the hole, and he 3-putted from there, missing a short one for bogey.

Marvel Studios & Disney+ | SUPER BOWL 2021 | Promo
Sports on the air: Here’s what games are on TV and radio for the week of April 18-24
SHARES
ShareTweet