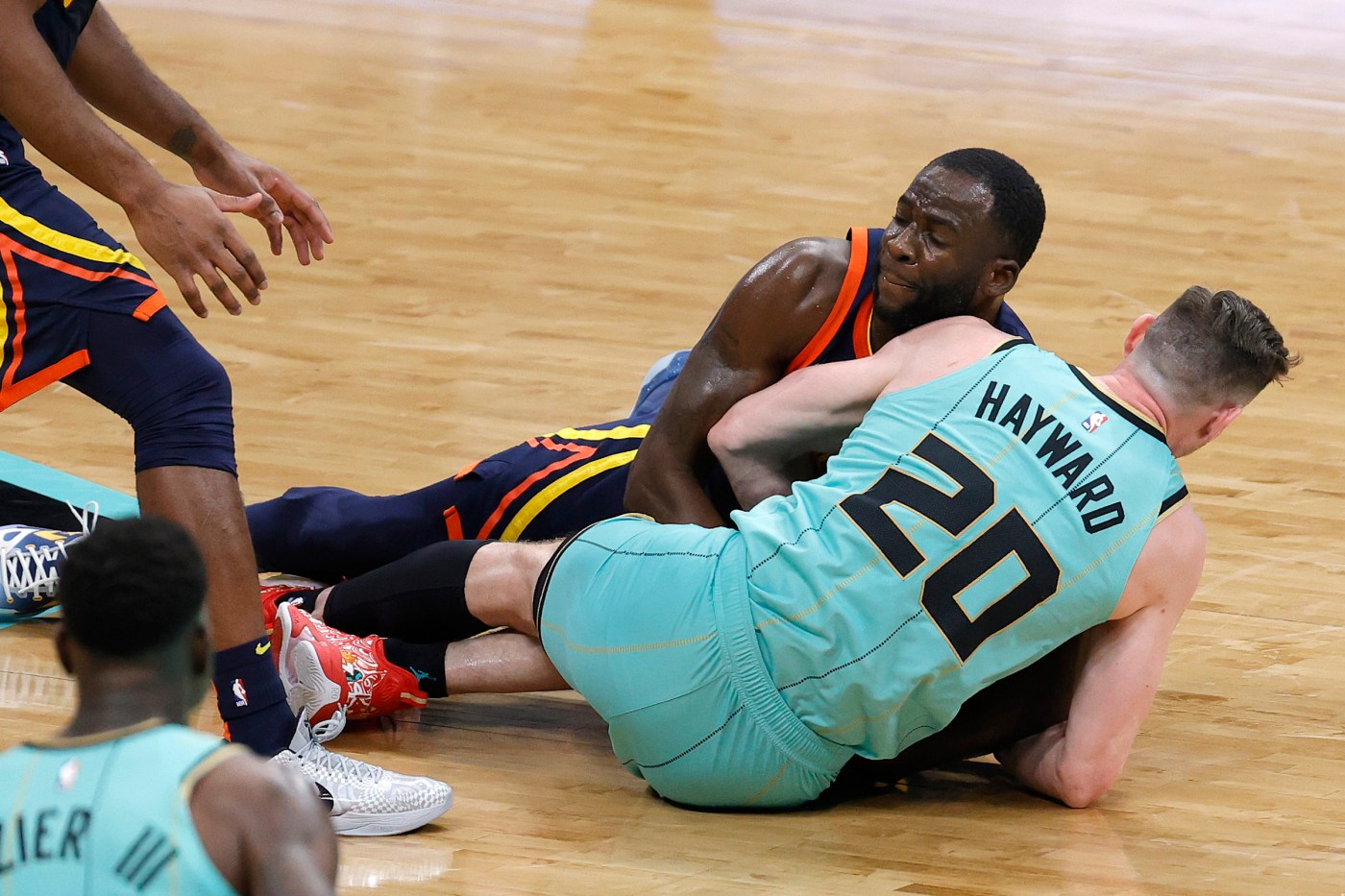 Warriors forward Draymond Green expressed regret Monday over picking up a second technical foul, which triggered an ejection and contributed to his team squandering a double-digit lead late in Saturday’s loss to the Charlotte Hornets.

“I was dead-ass wrong,” Green said after Golden State’s practice in New York Monday. “And not that I was wrong for the first tech, per se, but once I have the first tech, I can’t get the second tech. And so I was a bit disappointed.”

With the Warriors leading by two with 9.3 seconds left in the game Saturday, Green and Hornets forward Gordon Hayward wrestled for a loose ball. Charlotte called a timeout to force a jump ball, and Green disagreed that they had possession. He then picked up two consecutive technical fouls, the first for verbally taunting the Hornets, and the second for directing profanity at the referee, according to the official pool report.

Hornets guard Terry Rozier made both foul shots, then drained a 20-foot jumper at the buzzer to win the game and drop the Warriors to 0-2 on their current four-game trip.

“I think the reason it bothers me more was because … this is a young team and winning an NBA game is not easy and the guys on this team have not had much experience with winning,” Green said. “And so to take the game away from my teammates, which they work so hard for, was a bit frustrating for me because I let them down.”

Broncos 2021 NFL mock draft tracker 4.0: What the national experts predict Denver will do

After the game, teammates such as Eric Paschall and Kent Bazemore said they did not blame Green for the loss, in which the Warriors led by 10 midway through the fourth quarter despite Stephen Curry being a late scratch because he wasn’t feeling well.

“He made a mistake,” head coach Steve Kerr said of Green. “But everybody in that locker room loves him and respects him. He’s our leader and I think those guys all said that after the game. We’re riding with Draymond. So there’s no lingering effect.”

Green’s outburst and ejection came days after he delivered an impassioned speech about the double standard among NBA players demanding trades and their organizations. Video of the speech, inspired by the Cavaliers’ decision to bench Andre Drummond as they seek to move him in a trade, went viral and garnered praise from national …read more