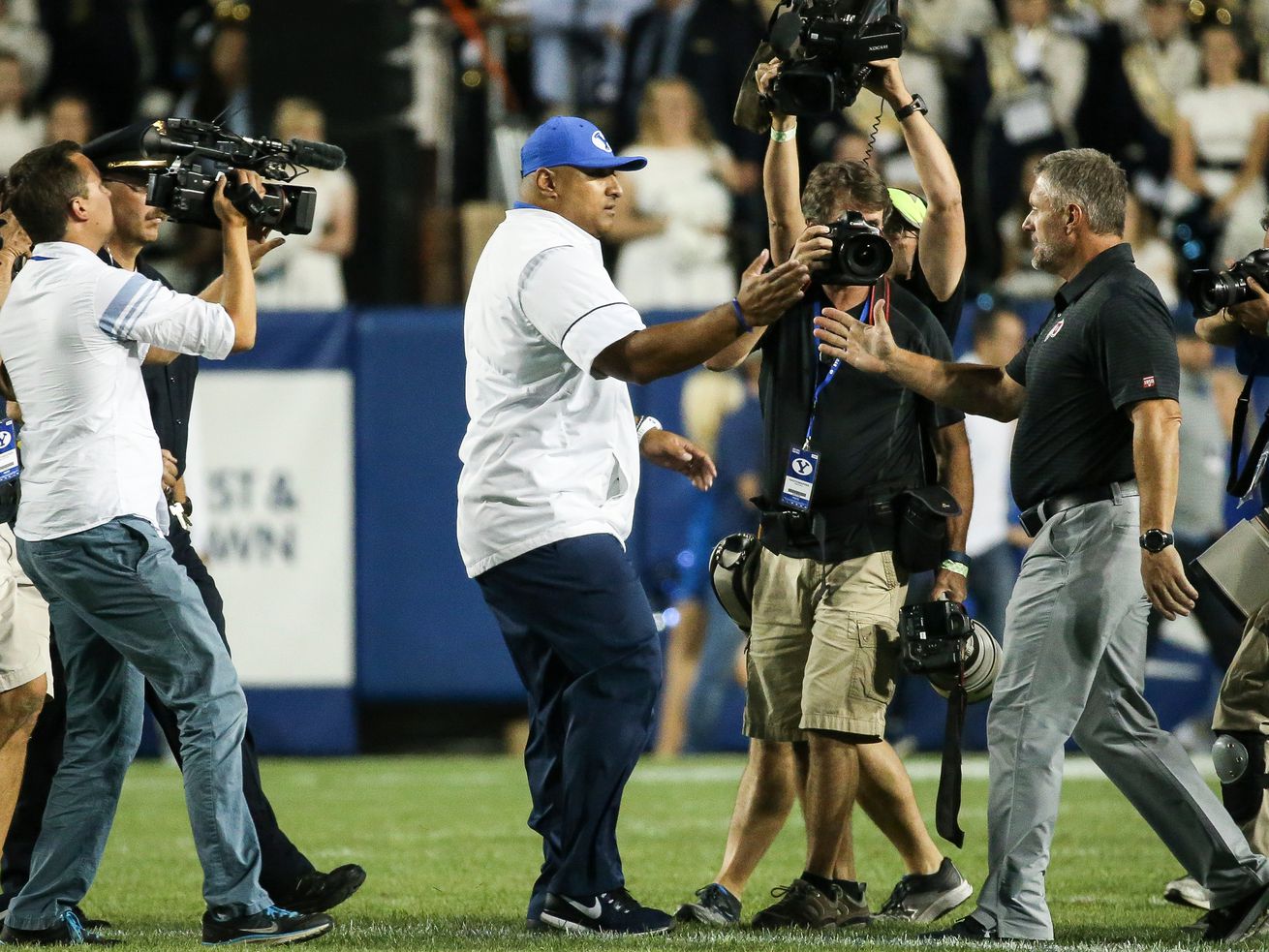 With Utah’s season slipping away and BYU still looking for quality opponents to further bolster its resume, it would be a boon for both programs if this matchup was played.

It’s mid-November, 12 weeks into the college football season, and Utah still hasn’t played a single game, thanks to COVID-19 and the slow-acting Pac-12 Conference, which delayed the start of the season long after all other conferences had entered the competition. The Utes’ first two games were canceled, and it’s no guarantee that their game against USC this weekend will be played.

The Utes are staring at a four- or five-game schedule, if all goes well, and so far it hasn’t. The Utes’ locker room is one big giant petri dish of COVID.

There’s just one thing left to do to salvage something from this sorry season.

OK, I hear everyone out there shouting out all the problems with this proposal. Zip it. Sit down and we’ll address them.

BYU-Utah likely won’t happen, but it should — and it’s doable.

This game is what the public wants and what both teams need. The Utes need any warm body. The Cougars need a legit opponent after weeks of blowing out weak teams (let’s still consider Utah a top 25-caliber program even if, given the shaky status of the team, that’s probably not the case).

The ADs can’t complain that they need more time to arrange games, because now we know that’s not true. Tom Holmoe proved that was nonsense by rebuilding almost the entire BYU schedule three to four weeks before the season began after most of their originally scheduled opponents canceled their games.

Then Cal and UCLA put another hole in that argument. Last Friday, two games were canceled — Cal at Arizona State and Utah at UCLA — because COVID had decimated the ASU and Utah rosters. Hours after the Golden Bears-Sun Devils game was canceled on Friday, a new game between Cal and UCLA was quickly arranged, and, voila, 48 hours later they played.

That’s all the time that’s needed to make a game. Not years, as we’ve been told, for years.

Any other questions? Oh, right. Yes, the Pac-12 decreed that the league’s teams will play only conference opponents this season, which means Utah can’t play BYU. Nonsense. What is the conference going to do, send the Utes to their rooms (in masks)? Cancel more games? The Mountain West Conference also arranged a schedule consisting only of conference games, but allowed exceptions for BYU to play Boise State and Air Force to play Navy and Army.

BYU and Utah could play the week after the Pac 12’s “playoff,” which will consist of a championship game plus matchups between all the other teams — say Dec. 24 or Dec. 26. If you’re wondering about the problem of …read more