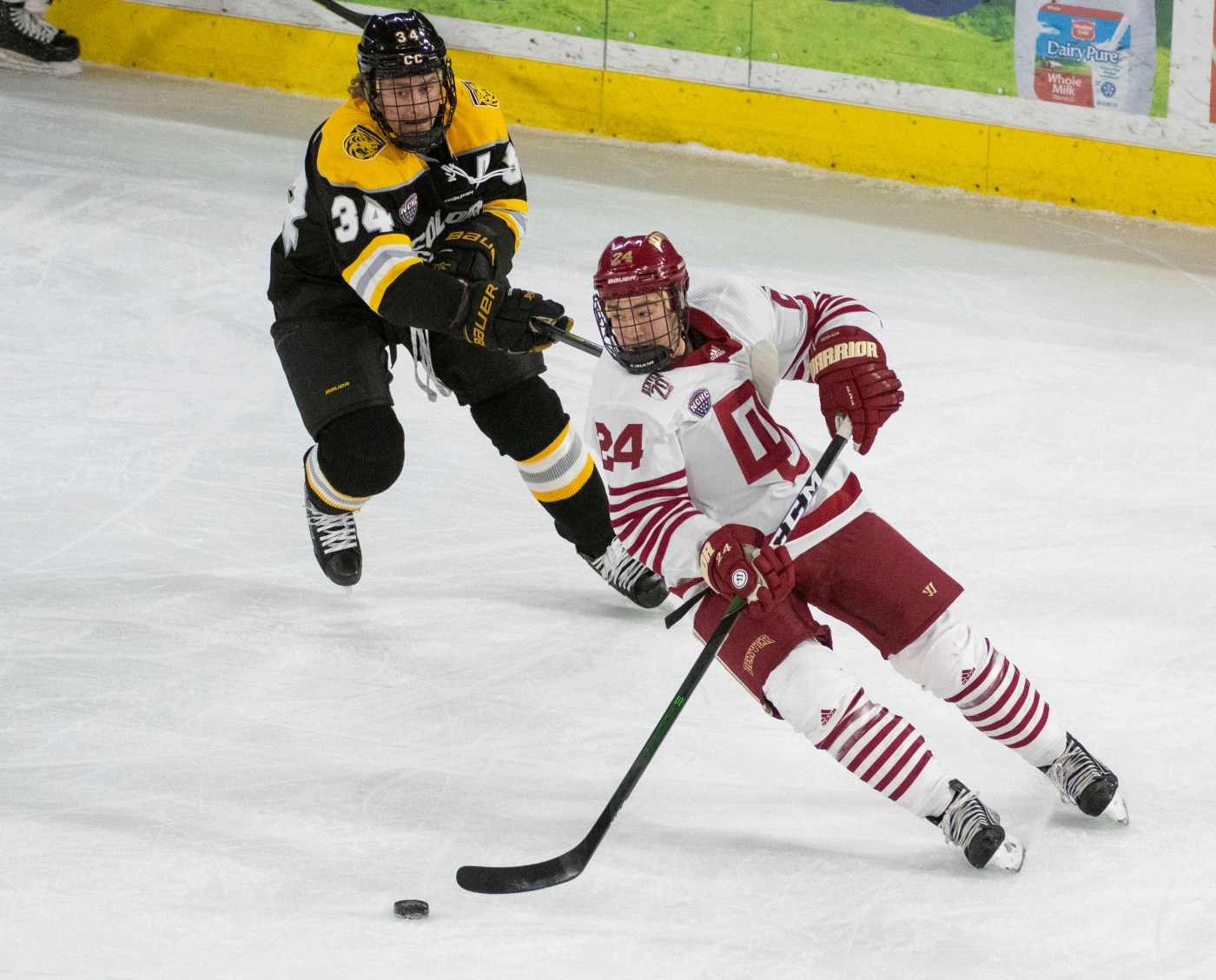 Star sophomore forward Bobby Brink and the University of Denver Pioneers are scheduled to travel to Omaha, Neb., on Nov. 29, then finally open the 2020-21 season Dec. 2 against two-time defending NCAA champion Minnesota-Duluth.

But Brink will probably have a relatively short stay in Omaha.

The Minnesota native is scheduled to report to the U.S. World Junior team in Plymouth, Mich., on Dec. 10, while the Pioneers remain in Omaha through Dec. 21 — a day after their final National Collegiate Hockey Conference game at the Baxter Arena “pod.”

DU is slated to play 10 games in 18 days while calling the Hilton Garden Inn home. Brink, 19, could play in as many as four NCHC games before focusing his attention on the prestigious under-20 World Junior Championship, which runs from Dec. 25 to Jan. 5 inside a fan-free bubble in Red Deer, Alberta. Pioneers freshman defenseman Antti Tuomisto also might leave the Omaha pod to join Finland, which has yet to finalize its pre-camp roster. Brink isn’t guaranteed a spot on Team USA, but he played a big role on last year’s team and is among just three returning forwards.

Brink and Tuomisto were selected early in the second round (34th and 35th overall) of the 2019 draft by the Philadelphia Flyers and Detroit Red Wings, respectively.

“It’s hard to leave while (the Pioneers) are playing. You don’t want to miss out on games with Denver. But World Juniors is just so special,” Brink said. “It’s worth going up and playing in those games. I thought I had a lot of responsibility last year. I want to do similar things and try to take my game to another level.”

DU coach David Carle is hoping Brink returns to Denver with a gold medal, and he is also pulling for Tuomisto to play for Team Finland.

“It’s a great opportunity (for) ‘Bob’ to measure himself against the best players in our country and the best players in the world at his age, and they’re typically very good confident boosters for them,” Carle said. “We expect the same for Bob. He played a big role for that team last year, on the power play and five-on-five. I expect him to be an all-situation guys this year, being one of the few returners in the ’01 birth years.”

Tuomisto, 19, might get bypassed by Finland because DU has yet to play games, while his peers in Finland are well into their junior and professional seasons.

“Do I think he should be on the team? I do. I think he’s likely one of the six best defensemen in the country of Finland for his age group,” Carle said of Tuomisto. “Will he be on the team? I don’t know yet. It’s good for us if he’s not, but anytime a kid can play for their country, it’s a great experience for them. I hope he makes it, but the silver lining is, we’ll be very excited that he’s still with us.”