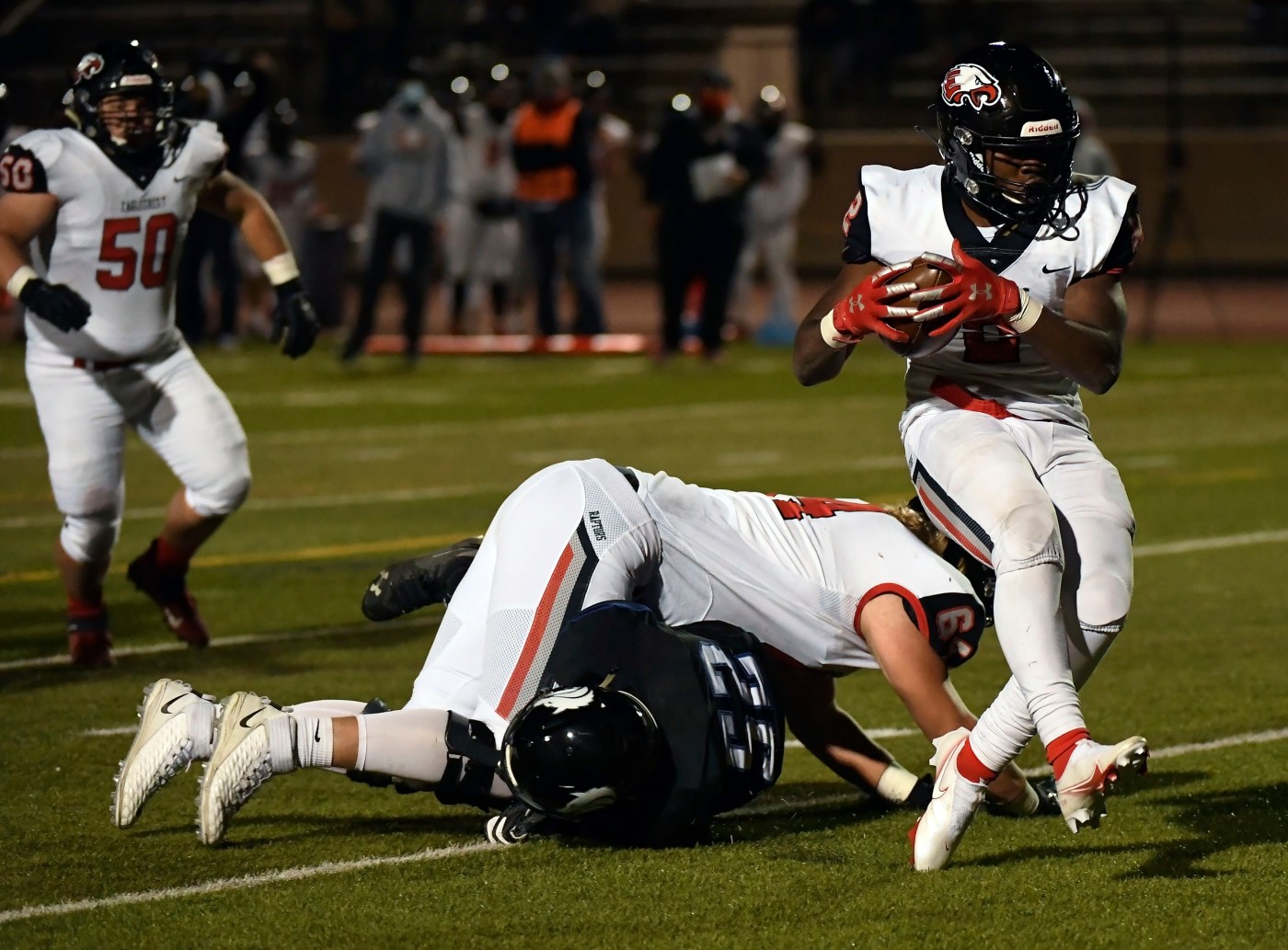 AURORA — Eaglecrest took a timeout with 30 seconds left Thursday night against Grandview to decide whether to kick an extra point and tie the game or go for a 2-point conversion and the victory.

Eaglecrest didn’t blink, and in a wild back-and-forth contest, the Raptors risked it all in regulation. Their guts paid off in a dramatic 43-42 victory between top-10 Class 5A schools at Legacy Field, with Eaglecrest running back JP Luketu scoring the game-tying touchdown and the go-ahead 2-point try.

Grandview made one final push to reach long field goal range, but the Wolves’ kick sailed wide right as time expired in the Centennial League showdown. No. 7 Eaglecrest remains unbeaten at 2-0 and No. 6 Grandview drops to 1-1.

Eaglecrest opened up the first quarter with a 14-0 lead after a rushing score from Luketu and a 46-yard touchdown pass to Seyi Oladipo. But Grandview stormed back quickly with a 62-yard touchdown scamper from running back Moosa Alsafar and an interception returned for a touchdown by cornerback Kahden Rullo. The junior also returned a punt for a touchdown that gave the Wolves a 28-21 lead at halftime.

CHSAANow.com prep football rankings, Week 1: A new No. 1 in Class 3A

Focus on Seahawks: 49ers could feast on Seattle’s porous defense

Eaglecrest scored two touchdowns to begin the third quarter to re-establish the lead. Grandview’s Alsafar rushed for a second touchdown in the second half.