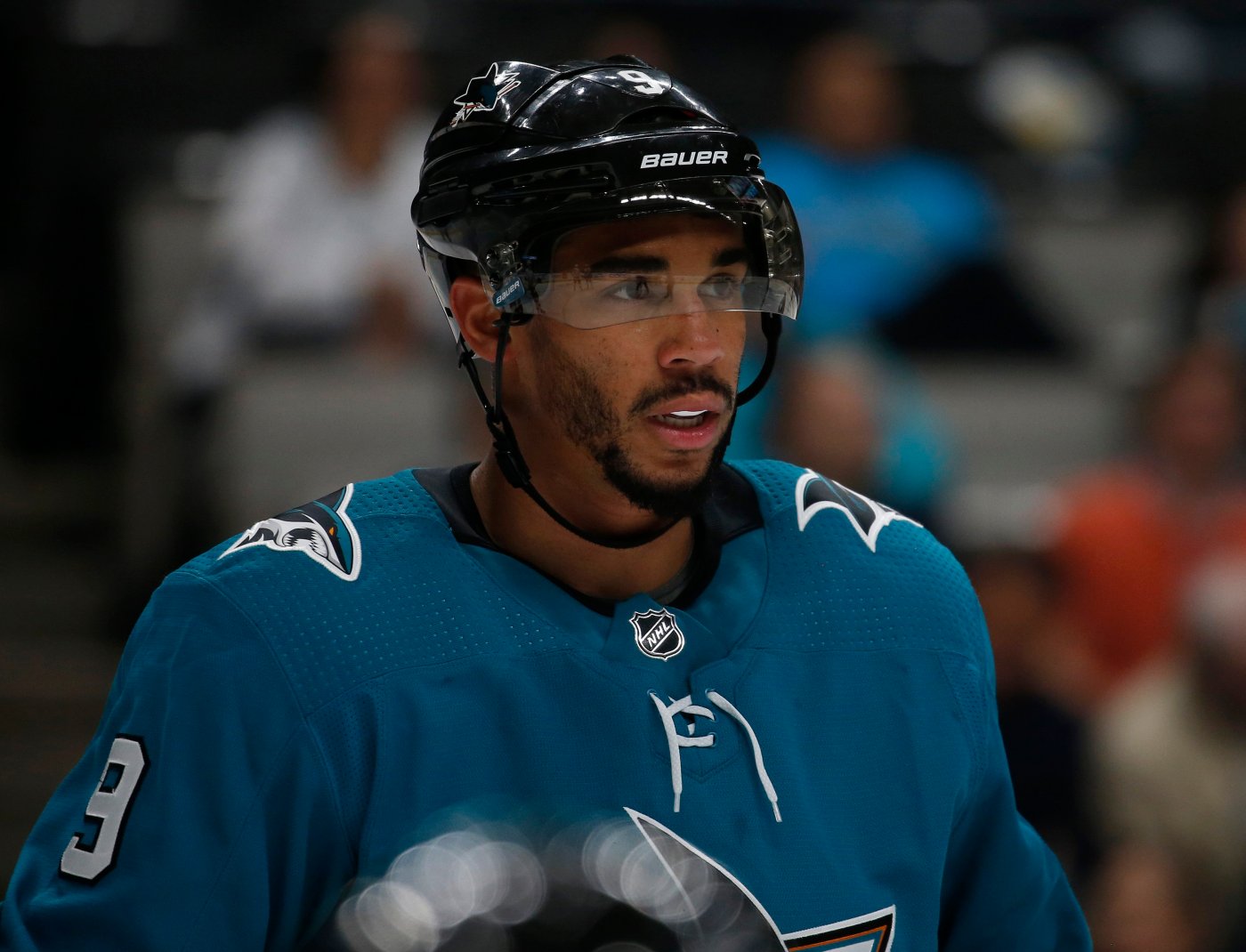 SAN JOSE – The Sharks on Wednesday were mum about a potential return for Evander Kane, who, according to a recent report, could resume his NHL career after he serves what could be a suspension handed down soon by the league.

The NHL, according to Nick Kypreos of Sportsnet radio in Toronto, is leaning toward suspending Kane for off-ice conduct. But, per Kypreos, the Sharks forward would be free to play again after sits out a set number of games.

Kane has stayed away from the Sharks throughout training camp and now into the regular season as the NHL proceeded with two investigations into the forward’s past behavior, including one centered around the possible use of a fake COVID-19 vaccination card.

The Sharks on Monday designated Kane as a non-roster player “pending completion of the NHL’s investigation.”

Bill Daly, the NHL’s deputy commissioner, told this news organization this week that he expects an announcement on a resolution about the league’s investigation into Kane to happen “soon.”

The Sharks as of now have a roster of 22 players and play their first regular-season game on Saturday at home against the Winnipeg Jets.

As the Kane saga continued, the Sharks have said they’ve tried to tune out the chatter. Coach Bob Boughner has had meetings small groups of players and conversations with general manager Doug Wilson, but otherwise, they’ve tried to focus on what they can control.

“We’ve sort of kept that as a small thing that we can’t think about right now, and we didn’t want any distractions,” Boughner said. “We had so much work to do and everything was so fresh. That part of it took care of itself.

“We’re sitting here today, and no one knows anything, more or less, what’s going to happen. I think the guys are in a good spot, though. They’ve done their job, they’ve worked hard, had a good camp and let the rest take care of itself.”

It’s sounds like the @NHL is leaning towards suspending @SanJoseSharks Kane under supplementary discipline ( 18- 18A of the CBA. After serving his set amount of games it’s likely he’ll be clear to resume his career. @FAN590

Kane would be disciplined under section 18-A of the league’s and the NHL Players’ Association’s Collective Bargaining Agreement, which deals with off-ice conduct.

The section says whenever NHL commissioner Gary Bettman determines a player has violated an off-ice league rule, or has been or is guilty of conduct “that is detrimental to or against the welfare of the League or the game of hockey,” he may discipline the player in a number of ways.

That includes expelling or suspending the player for a definite or indefinite period, canceling that players’ contract or imposing a fine. Although it remains unclear how long a suspension might last, Elliotte Friedman of Sportsnet reported that the discipline coming from the NHL likely would not involve voiding his contract.