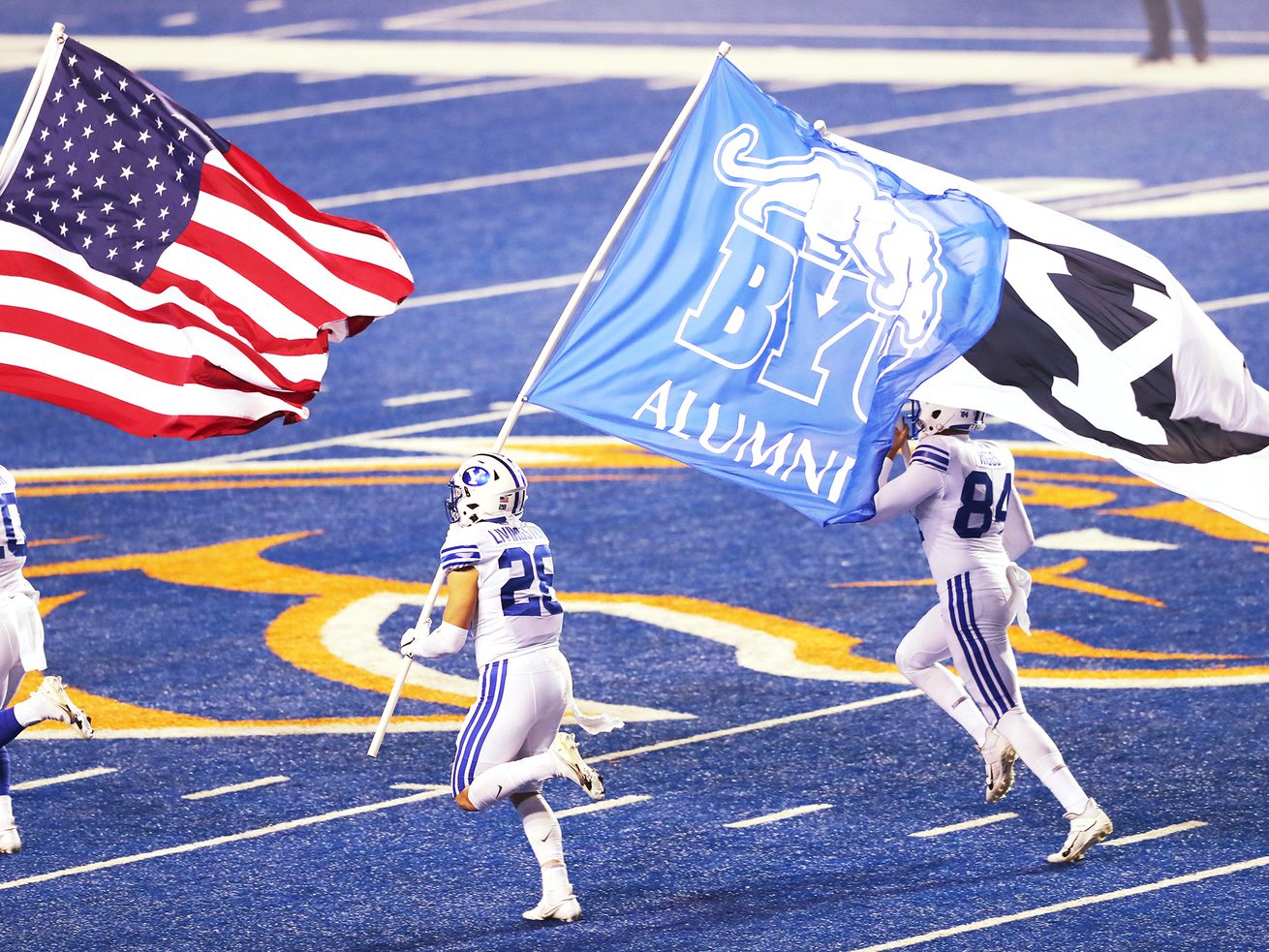 In Scotland, Tony Seymour stays up all night for a peek into what BYU football is doing during its undefeated streak.

In the wee morning hours, in the Scottish Highlands some 80 miles from Glasgow, Tony Seymour turns on his internet radio link and listens to now No. 8-ranked BYU win games.

It may seem like a small and minor technological trick, but for Seymour, it plugs him into his beloved Cougars, injects him with energy and excitement. It is a feast of entertainment to just keep up.

Seymour, you see, has skin in the game. Or at least used to.

He is a former Cosmo from 1963 to 1964 and was captain of BYU’s freshman football team in 1958 when he played in four games and got kicked out of two of them for administering shimmers and flippers. He was recruited by Tally Stevens after parlaying offers from Cal, Stanford and Utah into an offer.

“I married an amazing lady with a ballet school in the Scottish Highlands five years ago before realizing that all of the BYU games would be kicking off at 2 or 3 in the morning —with most ESPN coverage scheduled for late starts,” said Seymour.

“So even though I could subscribe to ESPN coverage, I have settled in listening to an hour or two of the pre-game show and have been amazed at how exciting existing games have been just listening over the radio, and then reveling in the postgame show knowing that having been tuned in from 1 to 6 or 7 a.m. is going to exact a toll the following day.

“This season has been spectacular, even glorious. So grateful for the coaching staff doing the job that they’ve done, even including the dance lessons on the sideline. It just keeps coming — even listening is a beautiful thing knowing that I can extend the high with YouTube highlights or even the entire game later in the morning.

“The 8- and 10-yard carries by Tyler (Allgeier) and Lopini (Katoa) are almost as spectacular as the passing game. The offensive line, the wide receivers and their acrobatics, Isaac Rex and his success following in the footsteps of his father. It all adds to BYU’s brand and perception nationally — with major sportswriters and NFL players lavishing well-deserved praise.”

Seymour is one of a myriad of fans scattered across the globe partaking of BYU football through the wonders of technology. He lives on a farm in a countryside scattered with 400- and 500-year-old castles in every direction. COVID-19 restrictions are minimum except when he …read more