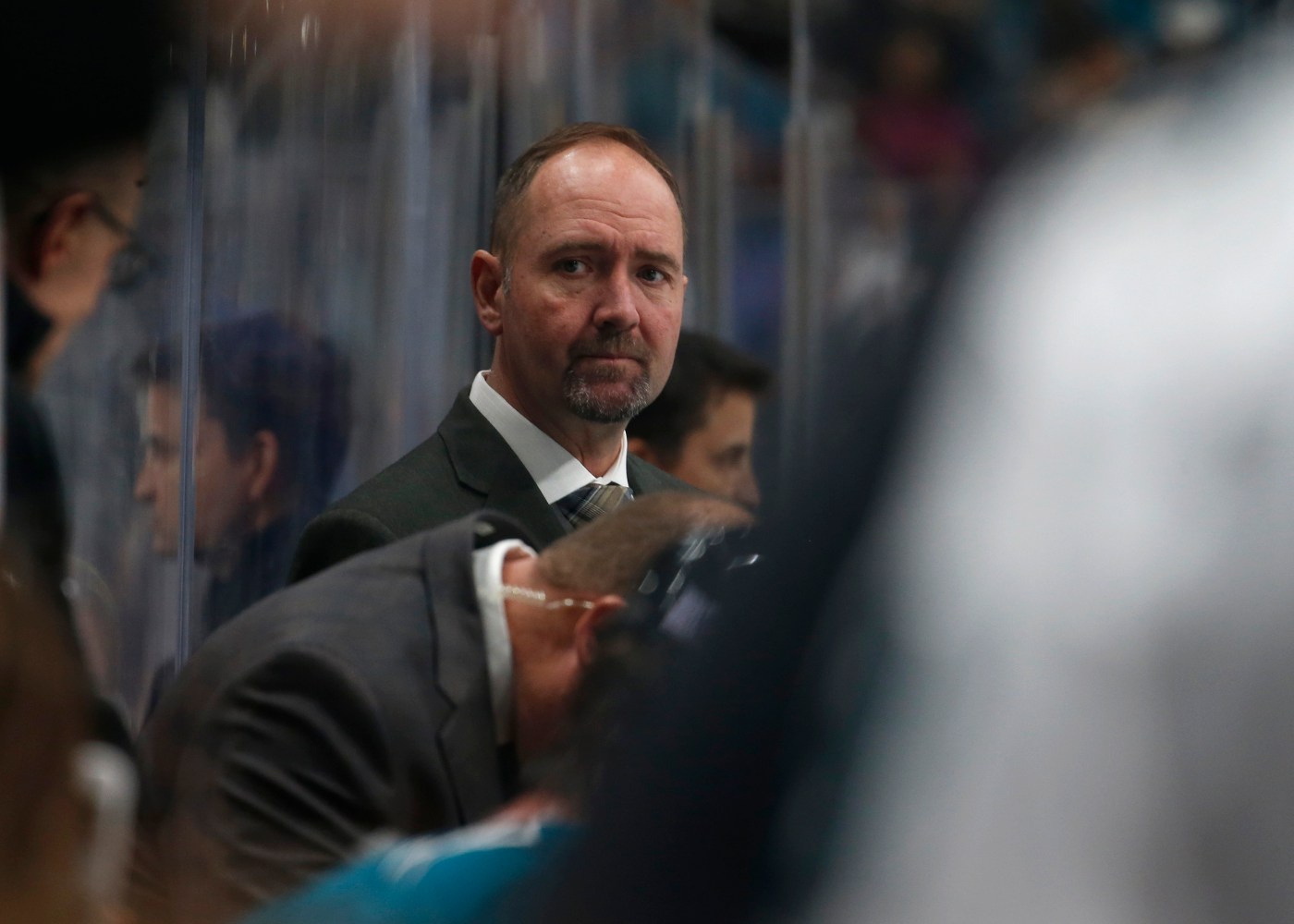 The Vegas Golden Knights came calling Wednesday after firing the only head coach they’ve ever known, Gerard Gallant. Suddenly, DeBoer finds himself on the opposite side of one of the NHL’s most intense rivalries, albeit a young one.

DeBoer was fired by the Sharks just over a month ago after the team lost all four games and barely looked competitive on an East Coast road trip. He had been in charge of the club since 2015, leading the Sharks to a 198-129-34 record over five seasons.

The Golden Knights sit ahead of the Sharks in the Pacific Division and wild card races (54 points to 46), but they’ve lost four straight games and are currently tied for the Western Conference’s second wild card spot.

Reports: Sharks likely to have eye on selling before NHL trade deadline

After thanking Gallant and assistant Mike Kelly for their contributions to the young Vegas franchise, Golden Knights GM Kelly McCrimmon lauded DeBoer in a statement.

“In Peter DeBoer, we have a proven, experienced head coach who we believe can help us achieve our ultimate goal. We are excited to welcome Peter and his family to the Vegas Golden Knights organization. We look forward to a strong finish to the 2019-20 season with Peter at the helm and a successful tenure in the seasons to come.”

DeBoer’s first game against the Sharks hasn’t been arranged yet. In a bit of a scheduling quirk, the teams are done playing each other for the regular season, so unless the Sharks go on a tear to make the playoffs, they won’t face DeBoer until at least October.