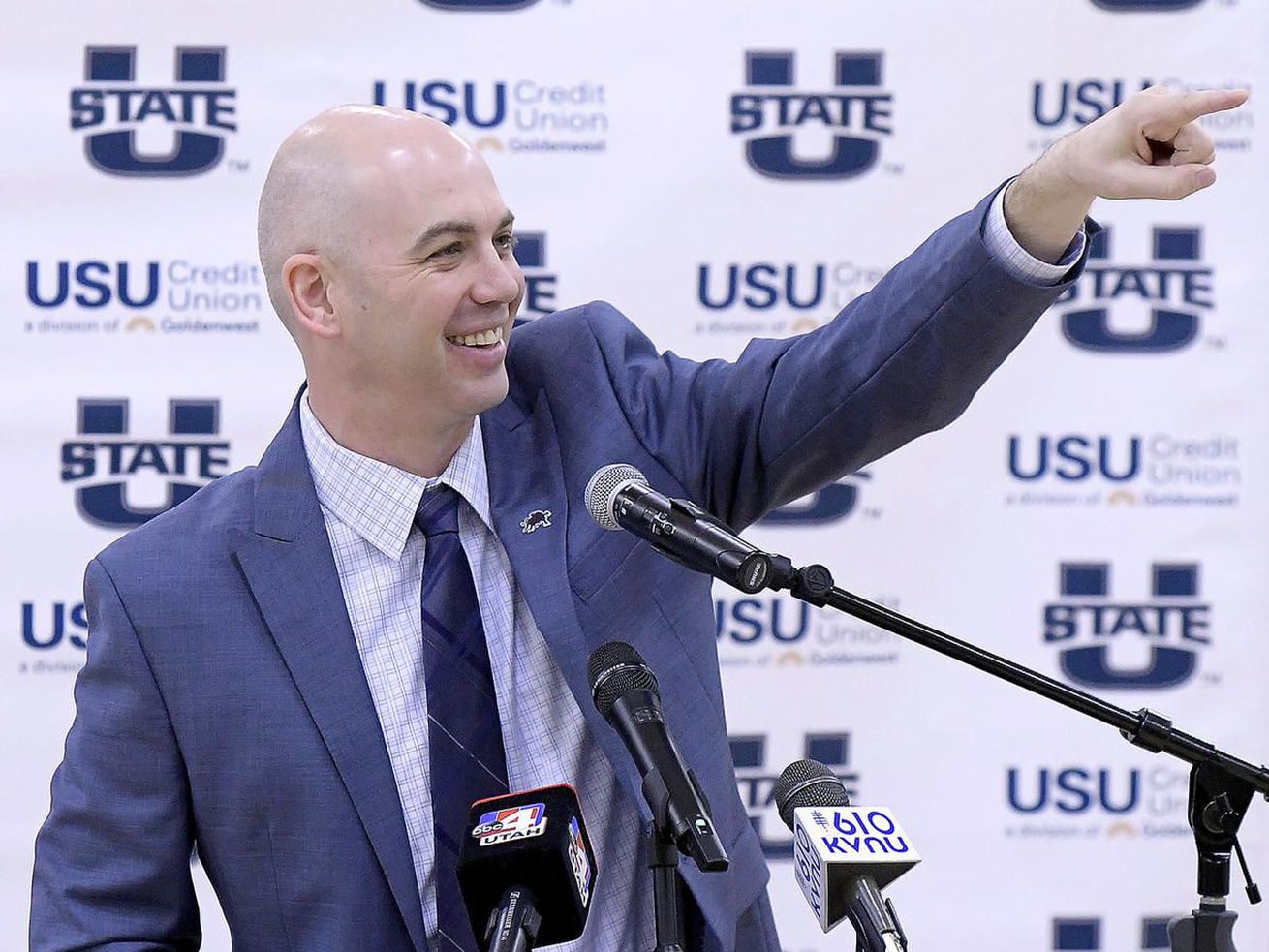 Craig Smith speaks at a news conference where he was introduced was introduced as the new basketball coach at Utah State University Tuesday, March 27, 2018, in Logan.  | Eli Lucero, The Herald Journal

The Utah State men’s basketball team has whole lot of questions that still need to be answered, but at least the Aggies finally know when and where they will play their first game of the 2020-21 season.

In the age of COVID-19, it seems that the only certainty is uncertainty. But if USU’s latest plan holds, the Aggies will open the season against Wichita State on Nov. 25 in the Bad Boy Mowers Crossover Classic in South Falls, South Dakota.

“With (Justin) Bean and (Neemias) Queta back to just start off their program, they’re going to be good again. Those are two really good players, and the pieces around them that he has coming back … they’re going to be competitive.” — SDSU head coach Brian Dutcher on USU

“We are absolutely thrilled to be in this event,” USU head coach Craig Smith said of the Crossover Classic. “It’s going to be first class in every shape and form. Obviously having coached at the University of South Dakota for four years, we played in the Sanford Pentagon I think five times in those four years. It’s a world-class venue; it’s one of the most unique venues I’ve ever set foot in.

“It’s a cool, cool venue. Our guys are going to love playing there.”

Smith shared some of his thoughts on the upcoming season Thursday morning during Mountain West Men’s Basketball media days, a two-day-long virtual event that featured all 11 head coaches and one player from every program.

“I love our experience,” Dutcher said. “I want to stay old, and we have two fifth-year seniors, three regular seniors, three juniors and a sophomore that are going to be counted on this year. And with that being said, I have three really good freshmen.

“We’ve got talent, we’ve got depth and now we have to see if we can play like a team at both ends of the floor.”