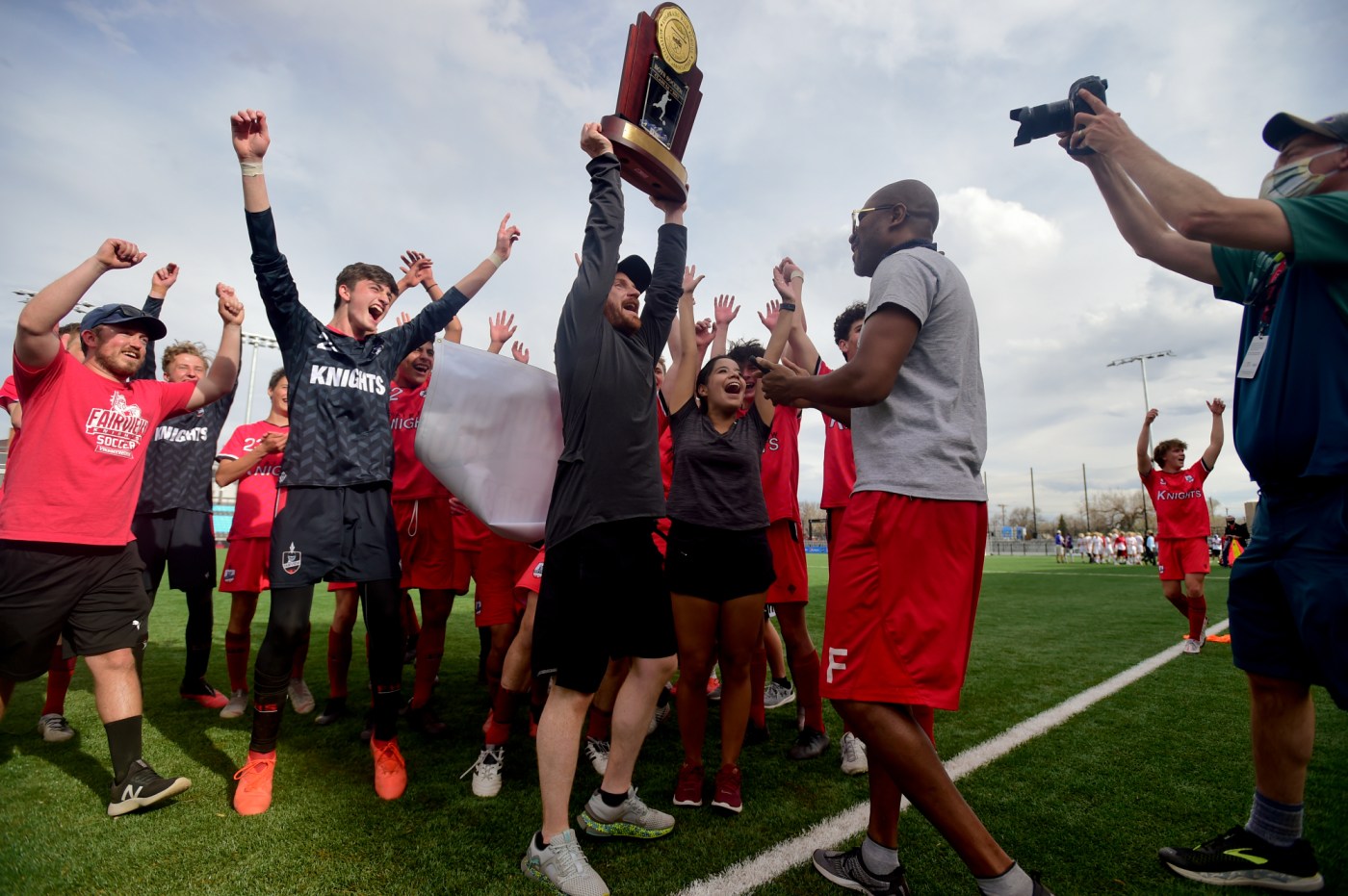 On Saturday afternoon at Weidner Field, the second-seeded Knights ended No. 16 Cherry Creek’s Cinderella story as Fairview went on to win its first 5A boys soccer title in a thrilling, 2-0 finish.

“It doesn’t get better than that. Our school has never won a championship before,” senior Sebastien Mazur said. “We’ve been grinding all season. My sophomore year, we won every game — I don’t want to say easily, but we had it in the bag. This year, we’ve had to grind out every win. We’ve come from behind twice. I think that really shows the grit this team has that previous Fairview teams haven’t had.”

Had Cherry Creek won, it would have been the Bruins’ seventh boys soccer title and first since 2010. Fairview (13-0-1) will now take home its first in program history after previously losing its only other title game appearance in 1984 to Northglenn, 2-1.

“It feels like they’re finally where they’re supposed to be,” head coach Eric Schuler said. “There’s a legacy to this program that exists far beyond this team. It’s our captains from the last few years, coaches like Jeff Frykholm, captains like Alex Mercier and Jake Ketchner and Sajji Singh and all these guys that came before us that set the standard for what these guys were able to finish off today. It feels like we got the job done for guys that have put in a lot of work for us.”

After Jazz loss to Blazers, here’s what needs to happen for them to keep the No. 1 seed

The match was anything but clean.

Sloppy play in a scoreless first half was followed by a heightened level of intensity in the second. In the last 40 minutes alone, the officials penalized both Fairview and Cherry Creek with a total of five yellow cards.

A scoreless first 40 also heated up on offensive opportunities after the break.

Fairview picked up a yellow card in the goal box in the 44th minute, which set Cherry Creek’s Carter Loui up for a penalty kick within close range. He could not convert, however, with his kick going up and over the crossbar.

“I’ve faced a lot of PKs,” he said, “and it’s not often that they miss, so it always feels good when they do. If they had scored that, they would have had the momentum but because they didn’t, they gave us all of it.”

The Knights, on the other hand, didn’t squander their chance.

Six minutes later, Sebastien Mazur squared up with Cherry Creek keeper Knox Quarles. This time, the shooter broke through as Mazur netted the first goal of the game from about 20 yards out.