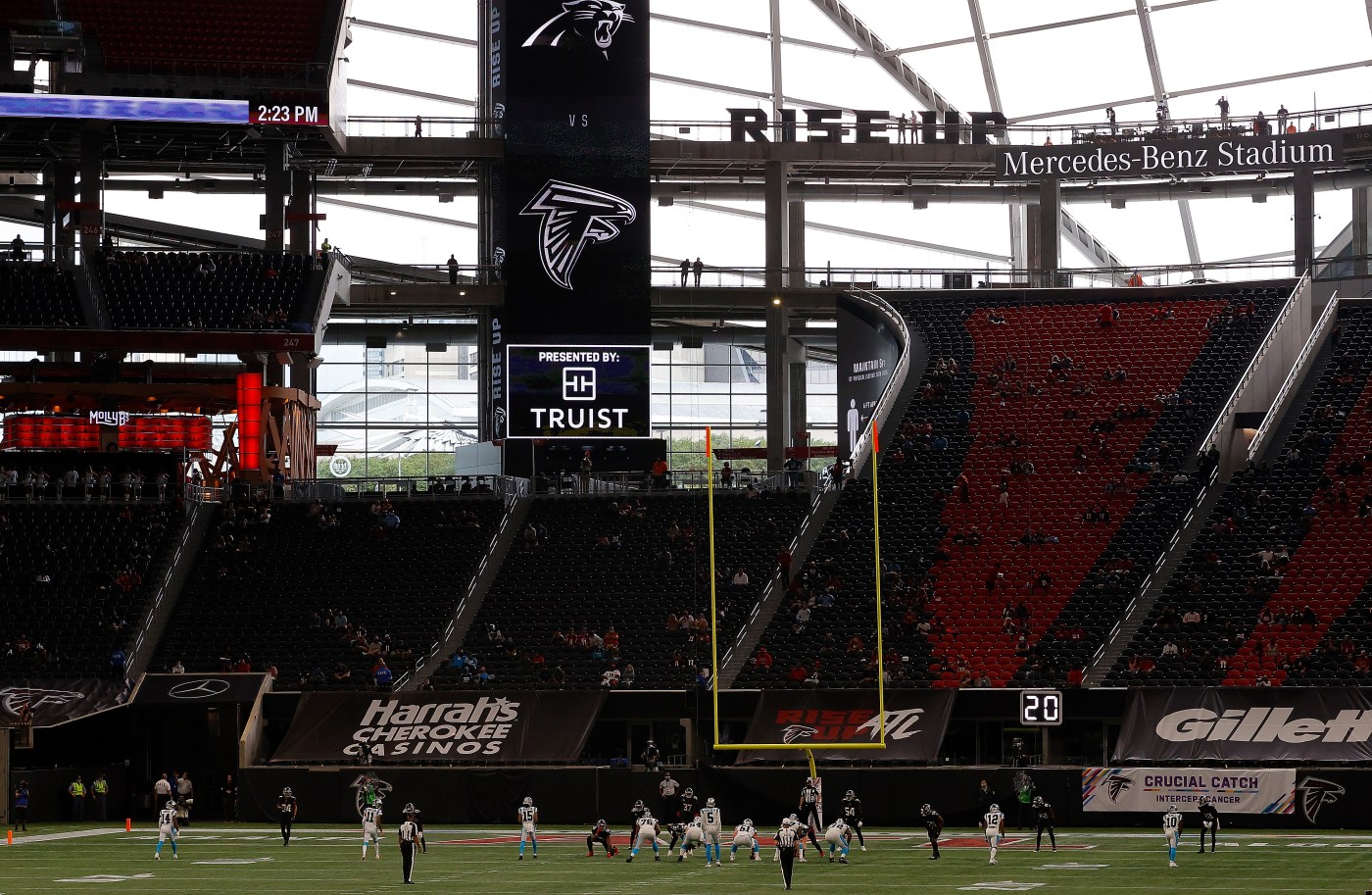 ATLANTA — The Atlanta Falcons shut their facility Thursday following one new positive test for COVID-19. The team remains scheduled to play at Minnesota on Sunday.

Defensive tackle Marlon Davidson was placed on the COVID-19/reserve list this week, and the addition of a second unidentified person caused the Falcons to act out of caution. All team activity will be done virtually.

“This decision was made in consultation with the NFL and medical officials,” the team said in a statement. “The health and safety of our team is our highest priority.”

The Falcons’ decision follows outbreaks with the Tennessee Titans and New England Patriots.

“Right now, in this new COVID world, there’s a lot of things that come up in that world every single day,” Morris said Tuesday. “You just have to deal with that all the time.”

Protocols were increased at the Falcons’ practice Wednesday.

“We definitely had different meetings today, completely virtual,” quarterback Matt Ryan said after practice. “We were all in separate rooms and in our own space. Even in practice, (shields) on our helmets. I think we are doing everything we can to keep it at bay and do the best we can under the guidelines we’ve been given.”

The NFL is attempting to play a full schedule amid the pandemic without teams isolated in a bubble as other sports have done to protect players and staff from the virus. No games were affected through the first three weeks of the season, but the schedules of nine teams have since been disrupted.

Tennessee had the most serious outbreak with 24 tests returned, including 13 players.

The league said this week it will begin PCR testing for COVID-19 on game days beginning Sunday. The use of masks in walk-throughs is now mandatory, and only play-callers will be permitted to wear face shields in lieu of masks or gaiters on the sideline.