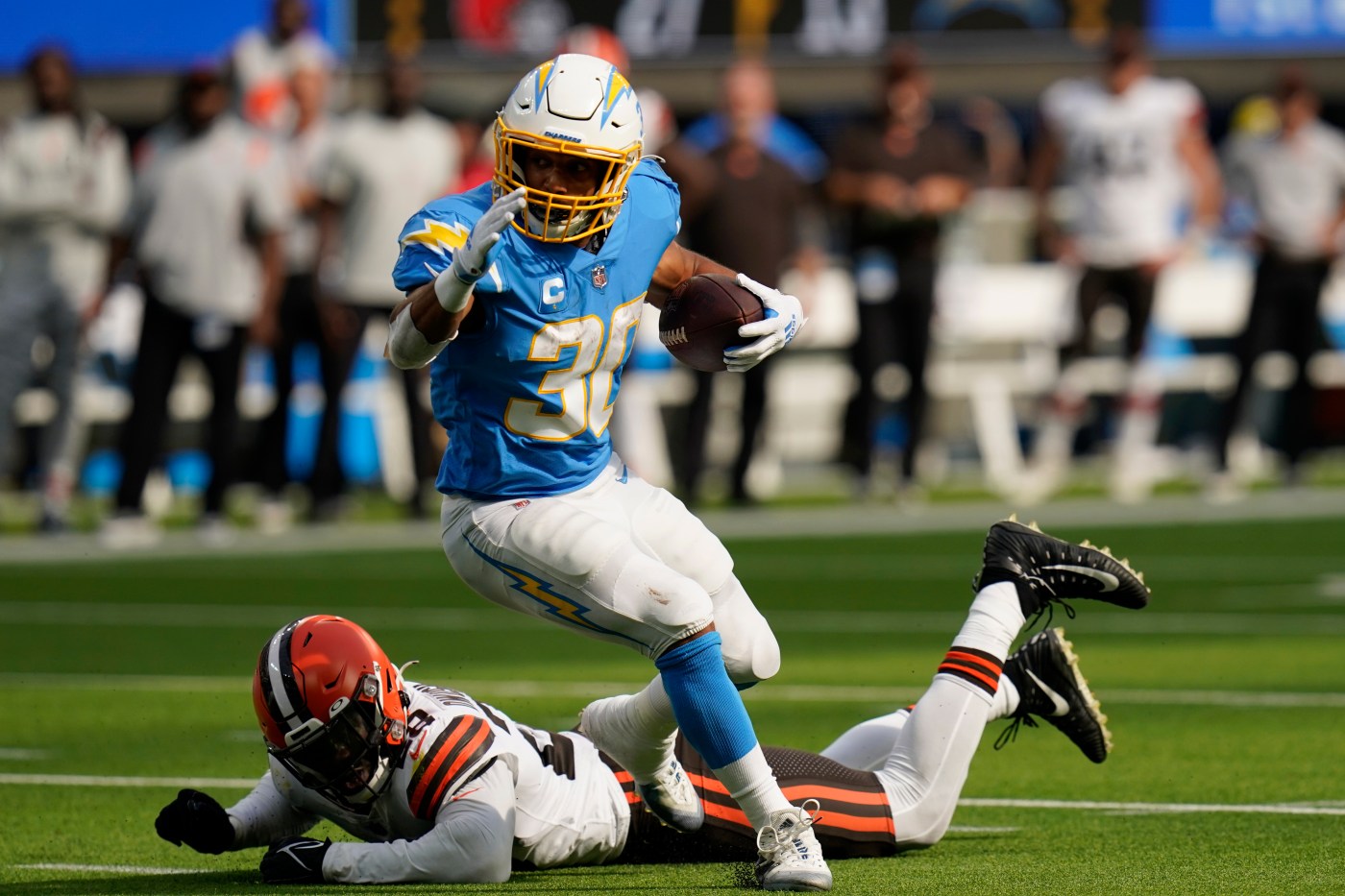 We’re almost a third of the way through the fantasy season, so scoring trends are starting to stick. These players are my best bets to keep finding the end zone at the running back and wide receivers positions in Week 6.

Ekeler, a former Eaton High School and Western Colorado standout, is on a roll going into Week 6, having scored seven TDs to start the season. A key factor is none of the backs behind him can seem to cement a place in the rotation. With Baltimore and its middling run defense on deck, Ekeler should have little trouble finding the end zone with his 43.61% TD dependency and more than 70% snap count.

He may be injury-prone at times, but Henderson is a fantasy force when he’s on the field for the Rams, amassing at least 80 yards and a TD in three of the four games he’s played in this season. He’ll face a Giants team this week that is the seventh-best matchup for opposing running backs right now, and Henderson is playing almost 80% of snaps even with Sony Michel in the mix, so chances of him scoring this week are good.

Robinson had a slow start to his season, but he’s finding a rhythm in the Jaguars offense, scoring four TDs in his past three games and getting more snap counts each week. With a TD dependency of 33.57%, which is impressive considering he didn’t score in his first two games, Robinson is poised to reach the end zone against a Miami team that has allowed the second-most fantasy points to running backs this season.

Gibson has a shin injury, but that hasn’t stopped him from developing into a goal-line threat, scoring three TDs over his past two games. As long as he’s on the field, he’ll produce, and Gibson is on the field almost 60% of the time. He’ll go up against a Chiefs defense this week that has allowed nine TDs on the ground this season, tied for most in the NFL.

Harris is doing it all for the Steelers these days, as injuries have affected the offense. On the field almost 85% of the time over his past four games, Harris has even developed into a primary receiving option with 31 targets in his past three games. Scoring three TDs in five games, Harris is a prime candidate to reach the end zone against a Seattle team that has allowed the third-most fantasy points to running backs this season.

Hill has scored three TDs in his past two games, and the Chiefs will lean on him even more now that RB Clyde Edwards-Helaire is sidelined with a knee injury for at least the next several games. Already on the field 85% of KC’s offensive snaps, Hill is always just a play away from breaking off a major gain with six points tacked onto the end. This week he’ll go against a once-vaunted Washington secondary …read more