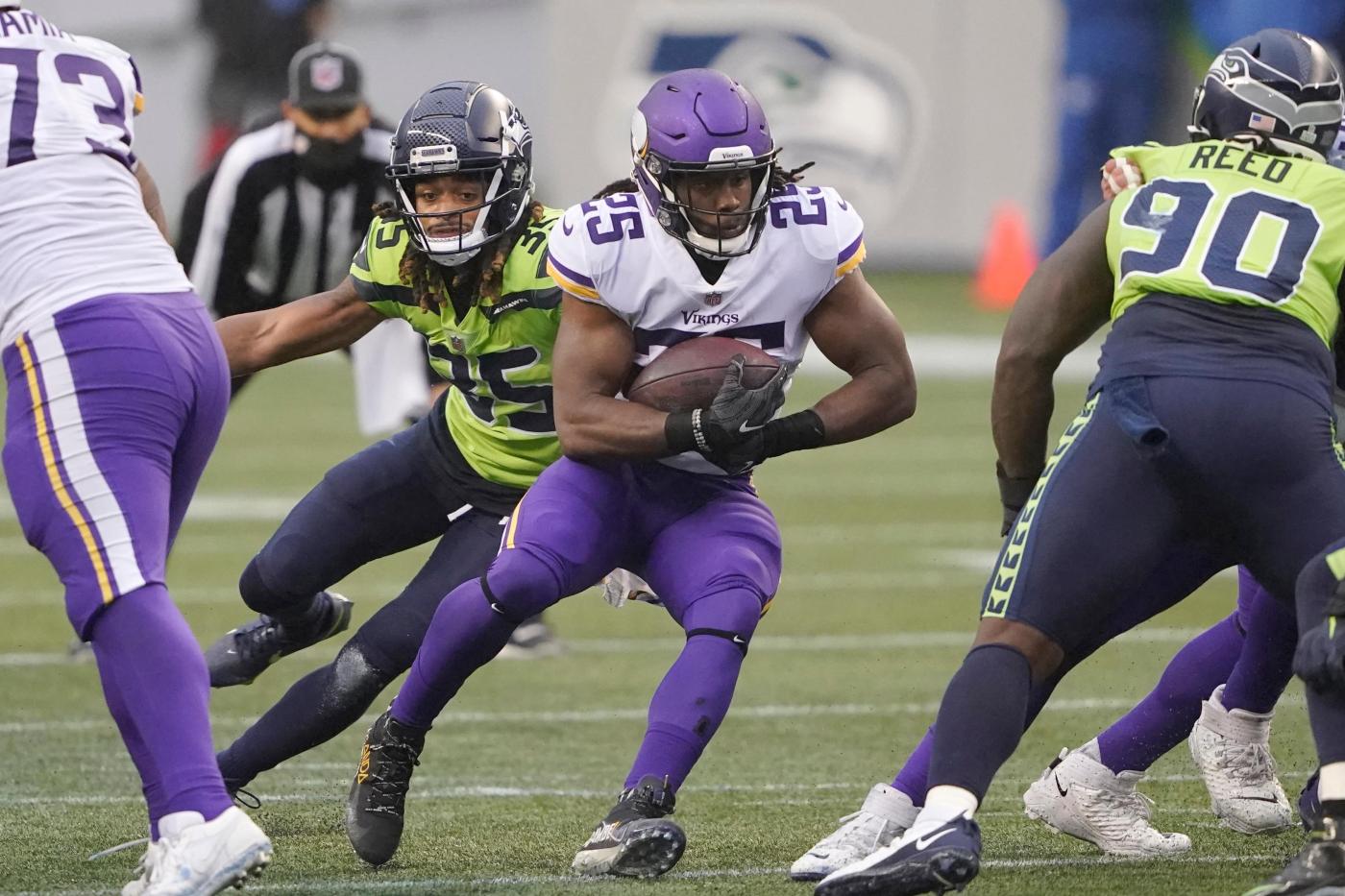 After Week 5 ended a day later than it usually does, the waiver wire leading into Week 6 will be impactful.

Fantasy leagues in which Steelers wide receiver Chase Claypool remains available will see a rush on the rookie, while Eagles WR Travis Fulgham — under the waiver wire radar a week ago — will also see an increase in ownership.

For all the hype about Claypool and Fulgham, both take a backseat to Vikings running back Alexander Mattison in waiver wire priority. Mattison is a strong RB1 entering Week 6 as he plays the role of understudy for an injured Dalvin Cook.

Perhaps the most intriguing waiver wire pickup will be Cowboys QB Andy Dalton. The replacement for the injured Dak Prescott will greatly alter the fantasy value of WRs Michael Gallup and CeeDee Lamb and TE Dalton Schultz, each of whom had thrived in Dallas’ league-leading passing game.

ALEXANDER MATTISON, RB, Vikings: Dalvin Cook (groin) could miss the Week 6 matchup against the Falcons. That opens the door for Mattison to take the bulk of Minnesota’s running back carries. Coming off a 112-yard outing in relief of Cook in Sunday’s loss at the Seahawks, Mattison will move into RB1 status in all formats. Mattison averages 5 yards per carry and is an exceptional receiver out of the backfield, traits that could carry beyond the Vikings’ Week 7 bye if Cook’s injury lingers.

CHASE CLAYPOOL, WR, Steelers: The 76% snap count against the Texans in Week 4 was a sign that the Steelers were about to make the rookie from Notre Dame an integral part of their offense. Few fantasy lineups benefited from Claypool’s breakout in Sunday’s win over the Eagles (seven catches, 110 yards, three touchdowns along with a rushing score), but if he happens to be available in waiver wires, that’s an oversight that will be changed.

Even if Diontae Johnson (back) returns for the Week 6 showdown against the Browns, Claypool is a must-add to a fantasy lineup. No other Steelers receiver besides Claypool had more than five targets against the Eagles and while the Browns’ pass defense will be more challenging, it’s safe to say that Claypool is now no worse than a WR2 in a Pittsburgh offense that remains potent with the resurgent Ben Roethlisberger under center.

TRAVIS FULGHAM, WR, Eagles: As long as WRs Alshon Jeffery, DeSean Jackson and rookie Jalen Reagor are sidelined, it appears Fulgham has become the go-to target for Carson Wentz. Fulgham had 10 catches for 152 yards and a touchdown on 13 targets in Sunday’s loss to the Steelers, a huge workload for a receiver who was on the Philadelphia practice squad two weeks ago. With a 75% catch rate and touchdowns in each of his first two games, Fulgham — similar to Claypool — will go from waiver wire to must-start in most formats, especially in PPR leagues. Those seeking to add Fulgham to their lineup will have to considerably temper expectations as the Eagles welcome a rugged Ravens defense to Philly in Week …read more