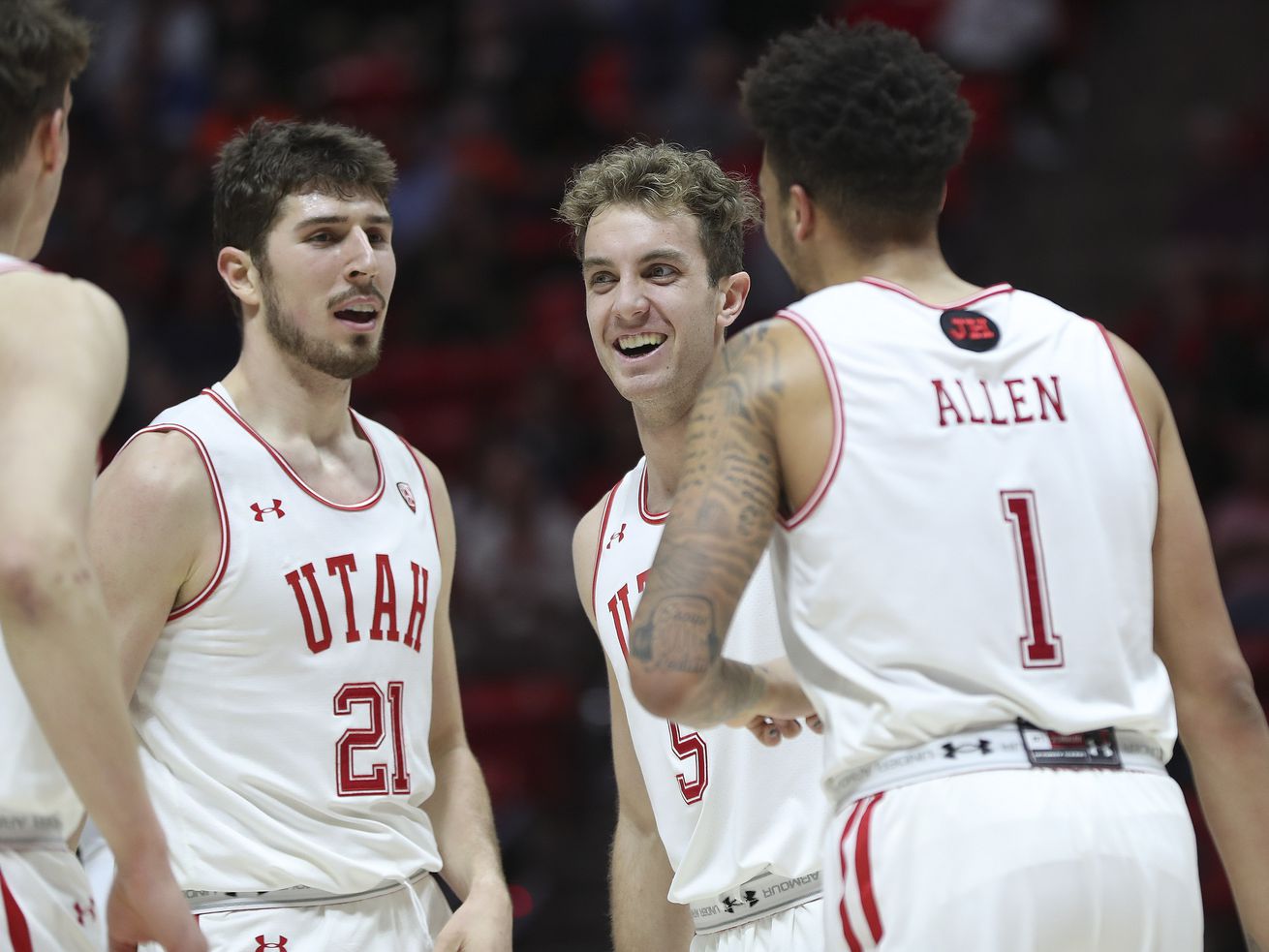 The Runnin’ Utes have nearly everybody back from last year’s team, which was one of the youngest in the country and are hoping to challenge in the Pac-12 in 2020-21

When we last saw the Utah basketball team, it was losing a heartbreaker to Oregon State in the first round of the Pac-12 Tournament at T-Mobile Arena in Las Vegas, on a 3-point shot by a reserve guard with 1.8 seconds left in the game.

It was a tough way to end the Utes’ season, which, as it turned out, would have ended anyway, even with a win. That’s because it was the same March day Rudy Gobert of the Utah Jazz tested positive for the coronavirus and all of college basketball was shut down the following day.

“It’s a little bit of a new sensation to have so many familiar faces back. They’re a great group and they’re all happy and doing well and the coaching staff is ecstatic to be able to coach them and have them back.” — Utah coach Larry Krystkowiak

The Utes finished with a winning record of 16-15, made possible by an upset overtime win over Colorado the previous weekend as they finished in a tie for eighth in the Pac-12 standings.

It wasn’t a great record, but a decent finish for a team that started the season as the second-youngest team among the 353 Division I basketball schools.

Now the Utes are hoping for bigger things in 2020-21 with a veteran group that has nearly everyone back from last year along with some talented newcomers.

“It’s a little bit of a new sensation to have so many familiar faces back,” said coach Larry Krystkowiak, who had 11 freshmen and a JC transfer on last year’s roster and a young roster the year before. “They’re a great group and they’re all happy and doing well and the coaching staff is ecstatic to be able to coach them and have them back.”

The Utes lost a couple of players to transfers in the offseason, the most significant being Both Gach, a 6-6 guard who was a starter last year and part-time starter the year before. Gach decided to return home and play for Minnesota.

The Utes officially open practice Wednesday with the season expected to start Nov. 25, but the Pac-12 schedule has yet to be released.