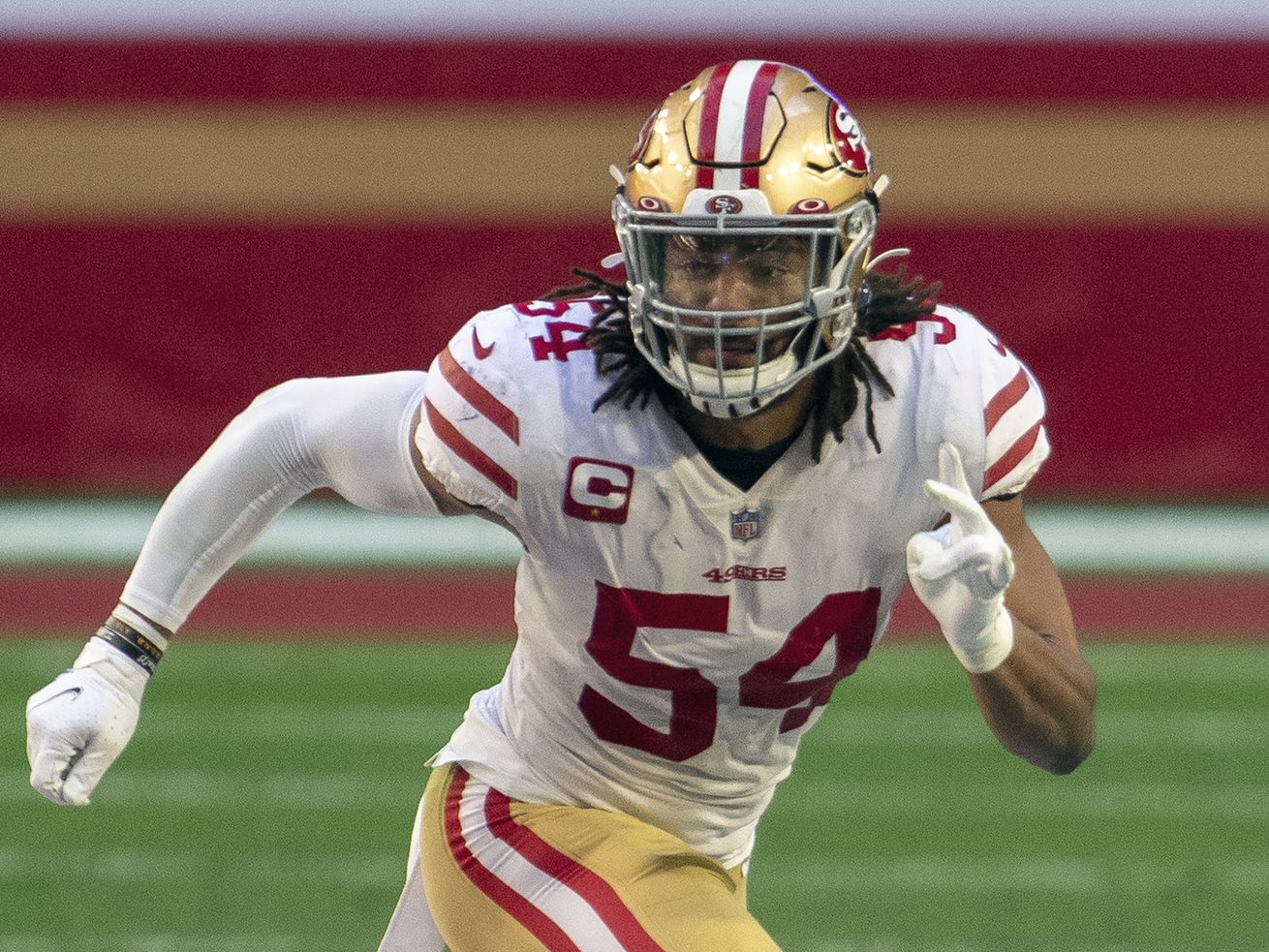 San Francisco 49ers middle linebacker Fred Warner (54) plays against the Seattle Seahawks during an NFL game in Glendale, Ariz., in this Sunday, Jan. 3, 2021, file photo. Multiple outlets reported Wednesday that Warner has signed a contract extension with the 49ers that will make him the league’s highest-paid linebacker. | Jennifer Stewart, Associated Press

Former BYU linebacker Fred Warner is about to get paid a lot of money.

Multiple outlets reported Wednesday morning that Warner has agreed to a five-year contract extension with the San Francisco 49ers that will guarantee he earns $40.5 million and could see him earn up to $95 million over the life of the deal.

NFL Network’s Mike Garafolo first reported that the contract will make Warner the highest-paid inside linebacker in the league.

The #49ers and LB Fred Warner have reached agreement on a five-year extension worth more than $95 million with $40.5 million in guarantees, source says. The first-team All Pro is now the highest-paid inside linebacker in the NFL.

49ers made Fred Warner the NFL’s highest-paid linebacker – for now — not just because of the way he plays the game. They believe that Warner embodies all the traits they are looking for on and off the field.

A third-round draft pick of the 49ers in 2018 (70th overall), Warner has been tremendous in his three seasons in the NFL. He has started in all 51 games San Francisco has played and has tallied 367 tackles, four sacks and three interceptions. In 2020, he was named to the Pro Bowl and a First Team All-Pro by The Associated Press.

In June, Pro Football Focus named Warner the best player in the NFL under the age of 25 (he’ll turn 25 in November). Earlier this month, ESPN’s Field Yates wrote that, “There’s no doubt the 49ers view Warner as a foundational piece going forward. An extension with Warner seems like a matter of when, not if.”

Warner has the 2021 season remaining on his four-year rookie deal he signed after being drafted, and the extension will kick in starting in the 2022 campaign.