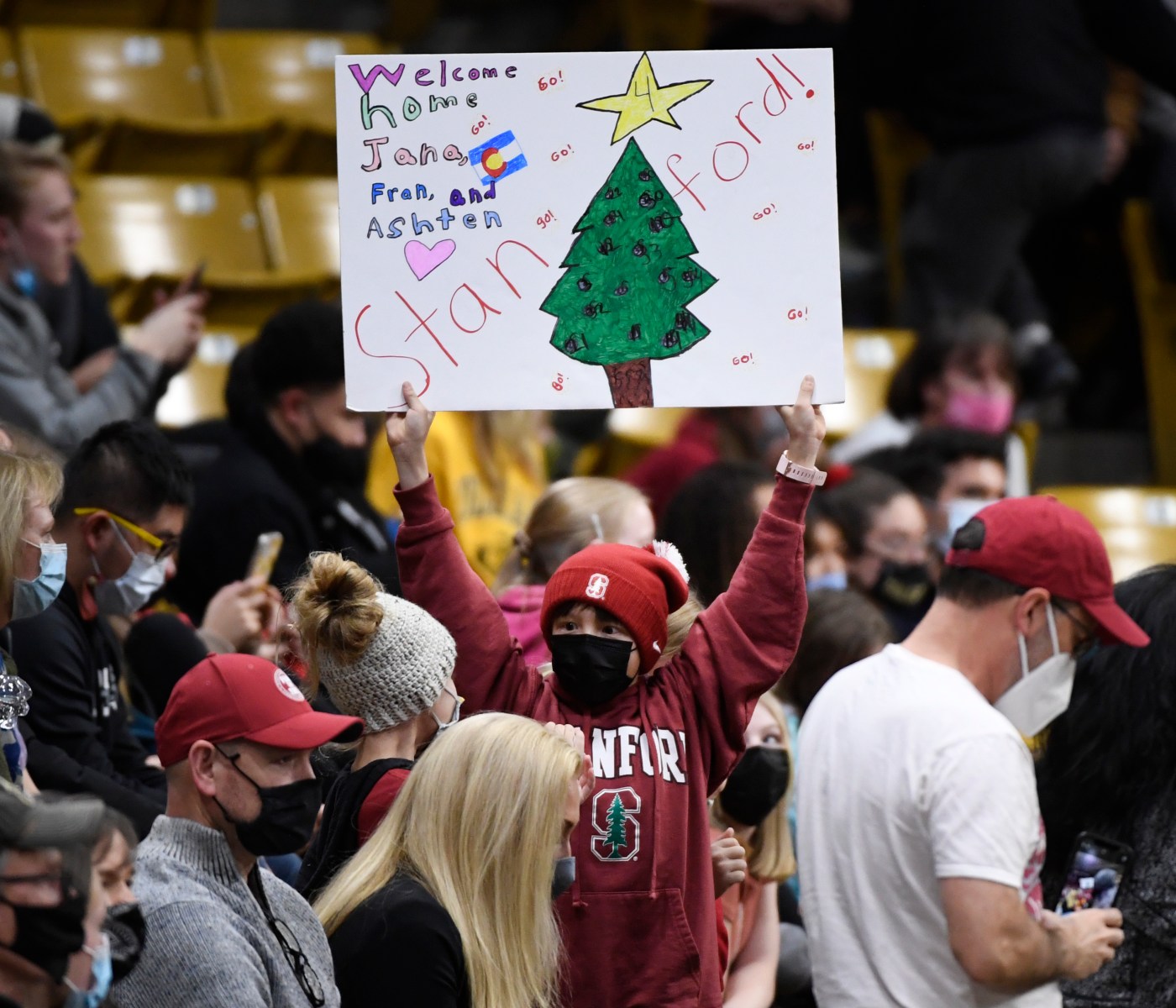 BOULDER — Leah DuBois is a 10-year-old basketball fanatic from Centennial who brought a homemade sign to the CU Events Center on Friday night for a marquee women’s matchup against Stanford.

DuBois didn’t root for the Buffs. She cheered on the other Colorado team. Her colorful hand-written letters on white poster board told the story: ‘Welcome home Jana, Fran and Ashten.’

No. 2 Stanford rallied for a 60-52 victory to give the No. 22 Buffaloes their first loss of the season. Three Cardinal players are Colorado high school products — Fran Belibi (Regis Jesuit), Jana Van Gytenbeek (Cherry Creek) and Ashten Prechtel (Discovery Canyon) — whose success as reigning college national champions has inspired a new generation of youth players back home.

“It’s very empowering,” Van Gytenbeek said. “Showing little girls that they can do this is really awesome. It makes me want to play even more.”

Prechtel added: “Coming back and playing Colorado is always a tough game. But it’s one of my favorites. I look forward to it every year.”

DuBois met Van Gytenbeek through a Cherry Creek basketball teammate during the Bruins’ 2019 run to a 5A state championship victory. A friendship blossomed. And now DuBois tunes into the live-streamed Stanford basketball game.

But she joined family and friends Friday night to watch Van Gytenbeek from the third row behind Stanford’s bench.

“Her excitement level is beyond a 10,” said Leah’s father, Keith DuBois. “I was actually expecting tears.”

CU Buffs start hot but lose to No. 2 Stanford

Improved play by CU Buffs will be put to test at No. 6 Arizona

Stanford turned to all three of its Colorado stars off the bench against CU. The trio combined to score 15 points on 6-of-13 shooting from the floor. Van Gytenbeek drained her lone 3-point attempt. Belibi was especially active with seven rebounds. Prechtel recorded 10 points and two blocks, with a pair of clutch 3-pointers in the fourth quarter.

“I’m really proud of our team and we had great contributions from our three Colorado players,” Stanford coach Tara VanDerveer said. “Jana came in and hit a big three. I thought Fran really helped us defensively and rebounding. … Ashten hit some big shots for us.”

The end result Friday proved especially sweet for DuBois, who never doubted a Stanford win. Cardinal players with Colorado roots are proud to represent their state while playing for a traditional basketball powerhouse.