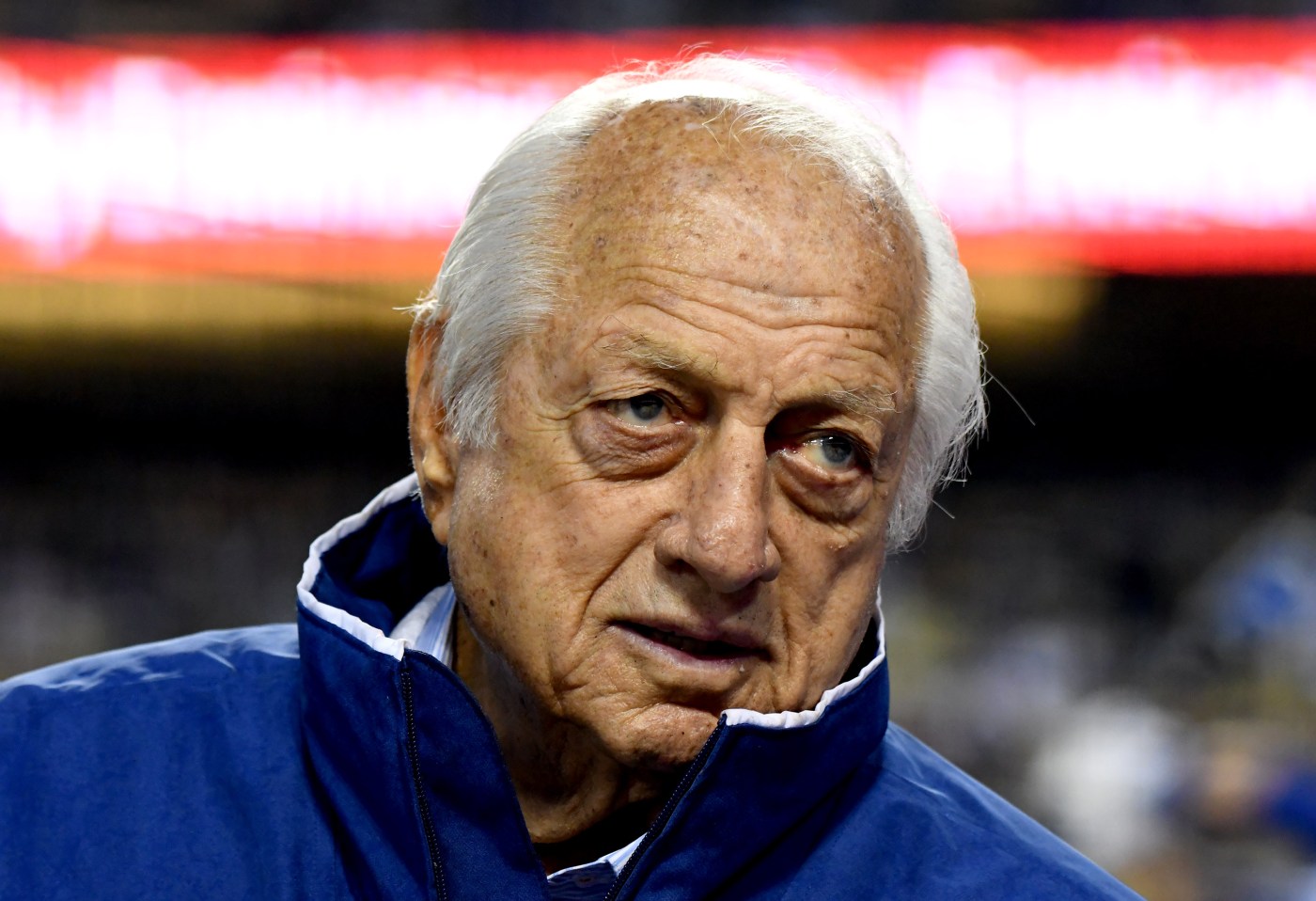 Dodgers Hall of Famer Tommy Lasorda has been hospitalized in Orange County and is intensive care.

The team acknowledged Lasorda’s situation in a release Sunday morning, Nov. 15. No specifics were given about Lasorda’s health, but the team did say the 93-year-old former manager was “resting comfortably.”

Lasorda lives in Fullerton. He did travel to Texas for Game 6 of the World Series on Oct. 27 when the Dodgers won their first championship since the Lasorda-led team in 1988.

Lasorda has a history of heart problems which forced him to retire as Dodgers manager in 1996 and prompted the Hall of Fame Veteran’s Committee to select him for induction in 1997. He was hospitalized in New York after suffering a mild heart attack while attending the 2012 MLB draft and again on multiple occasions in 2017. Lasorda had a pacemaker replaced during surgery that year.

Lasorda has been in the Dodgers’ organization for over 70 years as a player, coach, scout, manager and special advisor. During 21 seasons as the Dodgers manager, he had a 1,599-1,439 record and led the Dodgers to eight division titles, four National League pennants and World Series victories in 1981 and 1988. His 1,599 regular-season victories rank 22nd all-time.