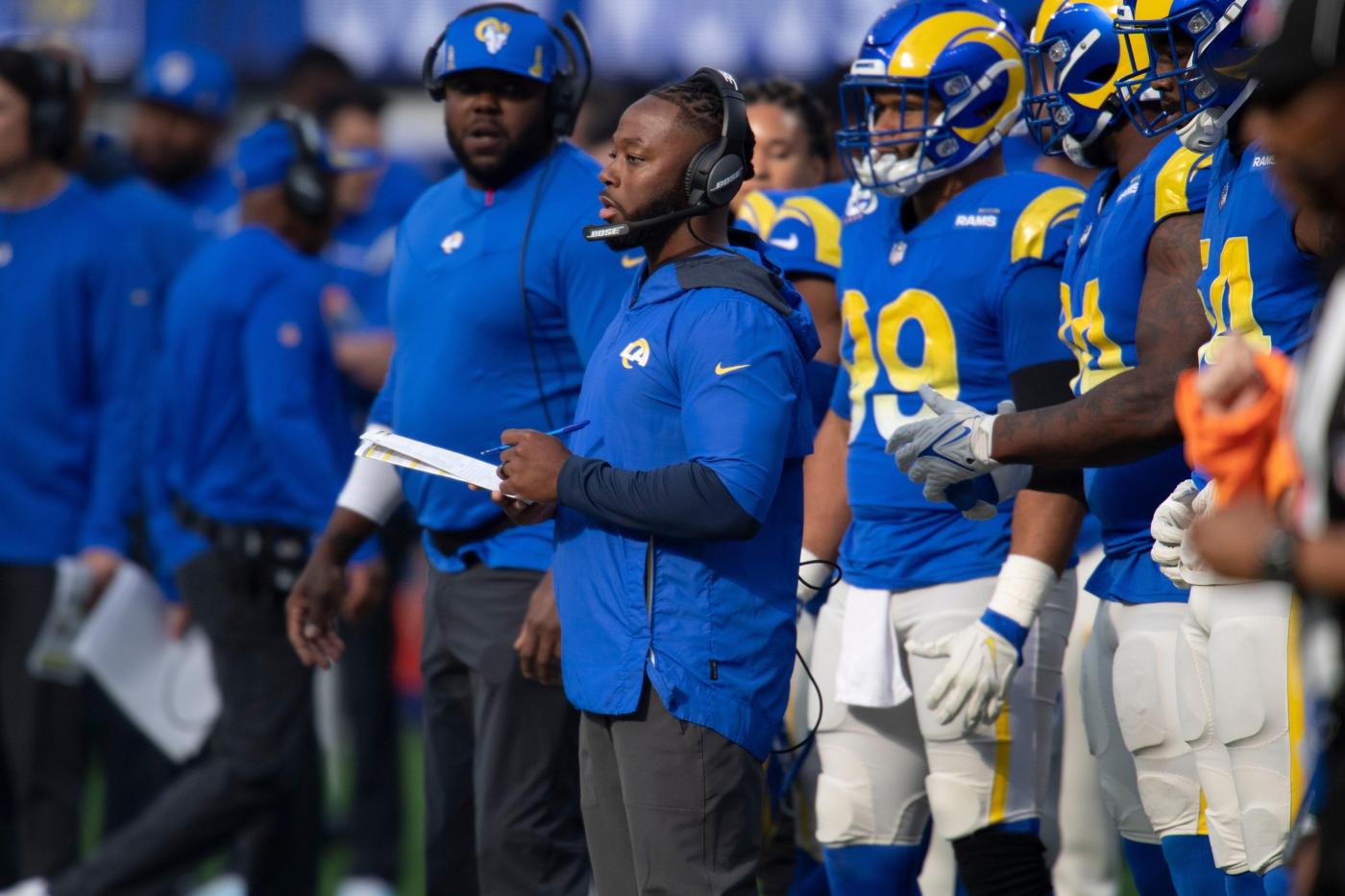 The Miami Dolphins have requested to interview Los Angeles Rams tailback coach Thomas Brown, who is familiar with South Florida from the three seasons he spent at the University of Miami as one of Mark Richt’s assistants.

Brown, who was named the Rams’ assistant head coach last offseason – in his second season with the team – is a former NFL tailback who has spent the past decade working his way up the coaching ranks quickly.

He spent the next three seasons at three different colleges – Chattanooga, Marshall and Wisconsin – coaching tailbacks before returning to Georgia in 2015, a season before he’d join Richt in Miami as the Hurricanes’ offensive coordinator and running backs coach.

Brown left UM to join South Carolina’s coaching staff in 2019, and left the college ranks to join the Rams in 2020.

The 35-year-old, who spent two seasons as a player in the NFL on the Atlanta Falcons’ injured reserve and the Cleveland Browns’ practice squad in 2009, and has never served as a head coach.

But insiders around the league view him as a young, rising talent, and the latest fruit to be picked from the Sean McVay coaching tree, which has already produced Green Bay’s Matt LaFleur, Bengals coach Zac Taylor and Los Angeles Chargers coach Brandon Staley.

Brown becomes the seventh coaching candidate expected to meet with Dolphins owner Steve Ross, General Manager Chris Grier, and their search committee about the vacancy created to replace Brian Flores, who was fired on Monday at the conclusion of his third season.

Flores, who delivered a 24-25 record in his three seasons, was let go because of the Dolphins’ offensive struggles this season, and his troublesome relationship with Ross, Grier and quarterback Tua Tagovailoa, who all painted Flores as a difficult man to work with.

Joseph, who spent the 2016 season as the Dolphins’ defensive coordinator, had a 11-21 record in his two seasons with the Denver Broncos.

Quinn, who also had a brief stint with the Dolphins during the Nick Saban era in 2005-06, produced a 46-44 record during his six seasons with the Falcons. And Frazier compiling a record of 21-33-1 with the Minnesota Vikings.

Ross has leaned towards hiring the young, up-and-comer types during his previous searches, but the failures Joe Philbin, Adam Gase and Flores, who he hired as first-time head coaches, might encourage the real estate mogul to stray from his preference.

The Dolphins have one of eight head coach vacancies, and most teams are jockeying for the same …read more