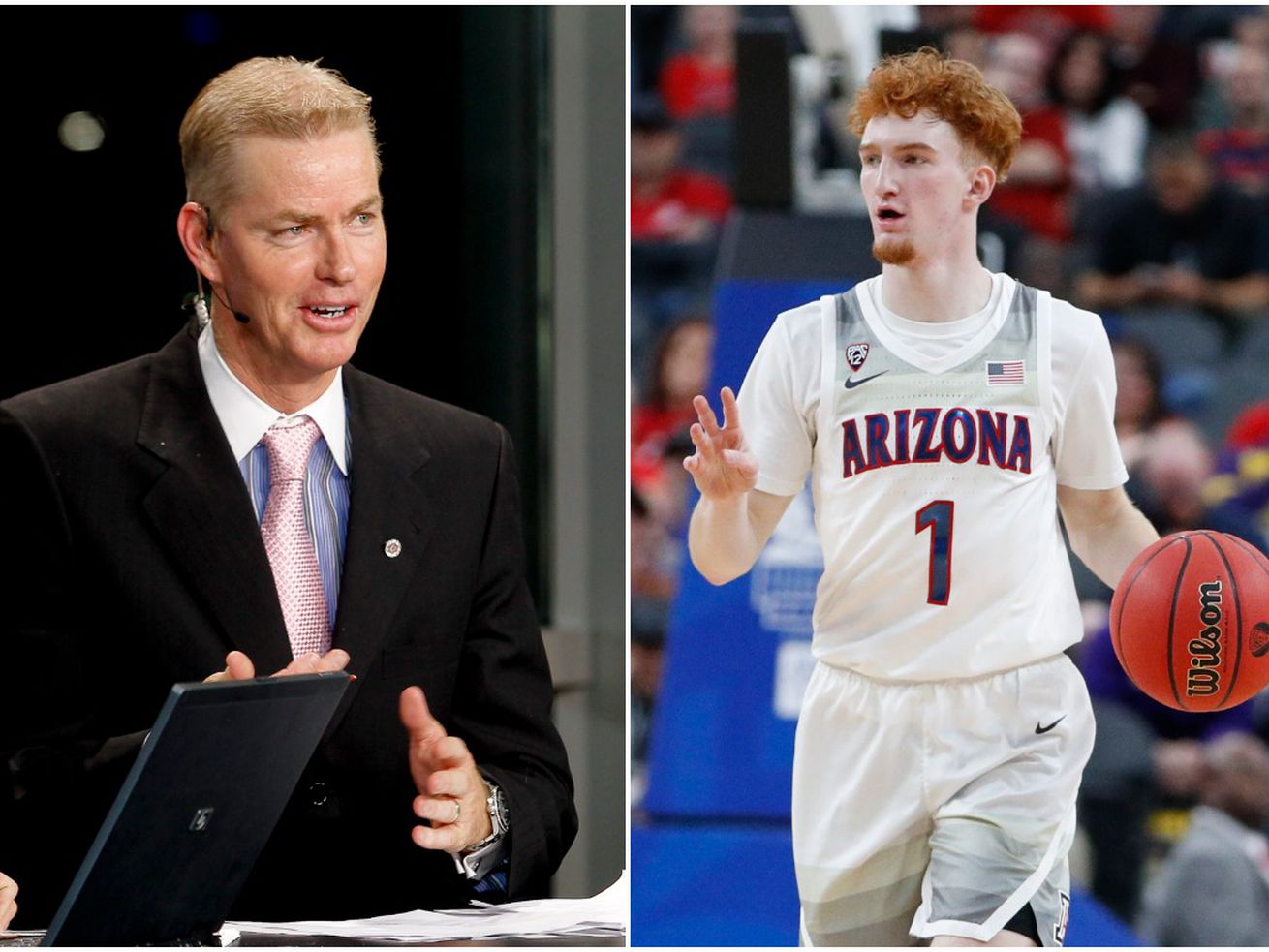 On Wednesday night, his son Nico was also taken by the Warriors, and in the same part of the draft, as he was chosen 43rd overall.

Pace Mannion played six seasons in the NBA for six teams. His longest stint with one club was the two seasons he spent with the Utah Jazz from 1984-1986, and he was a media personality in Salt Lake for a number of years, which included time as a Jazz television analyst.

Nico Mannion was one of the top high school prospects in the entire nation in the class of 2019. He ultimately chose to play for the Arizona Wildcats and was initially seen as a likely lottery pick in the 2020 draft.

His stock tumbled, however, but he still decided to leave Arizona after just one season and now lands in an interesting situation with the Warriors.

On Wednesday just before the draft, reports surfaced that Golden State All-Star Klay Thompson suffered a serious injury earlier in the day, although an official diagnosis has not been made.