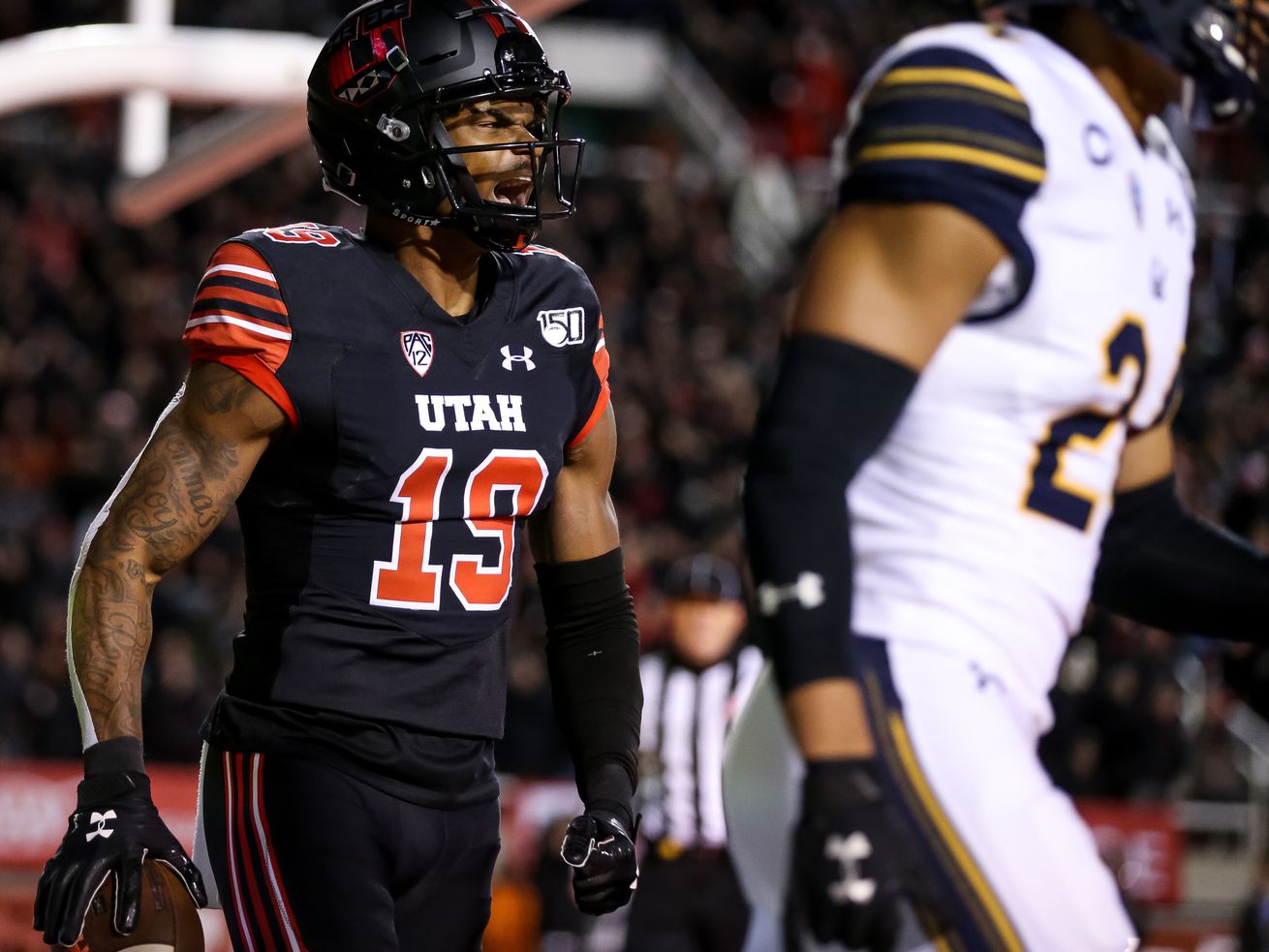 FILE: Utah Utes wide receiver Bryan Thompson (19) celebrates after scoring a touchdown on a 40-yard pass from quarterback Tyler Huntley (1), putting the Utes up 14-0 after the PAT, during the game against the California Golden Bears at Rice-Eccles Stadium in Salt Lake City on Saturday, Oct. 26, 2019. Thompson announced Thursday, Feb. 18, 2021, he is transferring to Arizona State. | Spenser Heaps, Deseret News

Now, his new college destination is known, and he’s staying in the Pac-12. The Pac-12 South, even.

Thompson started 12 games over four years playing for the Utes, and that included his breakout season in 2019 when he had 18 receptions for 461 yards (second-most on the team that year) and three touchdowns.

The Moreno Valley, California, native, who was a junior in 2020, totaled 33 receptions for 756 yards and four touchdowns during his time at Utah.

Among the wide receivers the Utes will return next season include Britain Covey, Solomon Enis, Devaughn Vele and Money Parks. Jaylen Dixon will reportedly return to Utah after entering his name in the transfer portal. It’s unclear if Samson Nacua, who was a senior in 2020, will be back.