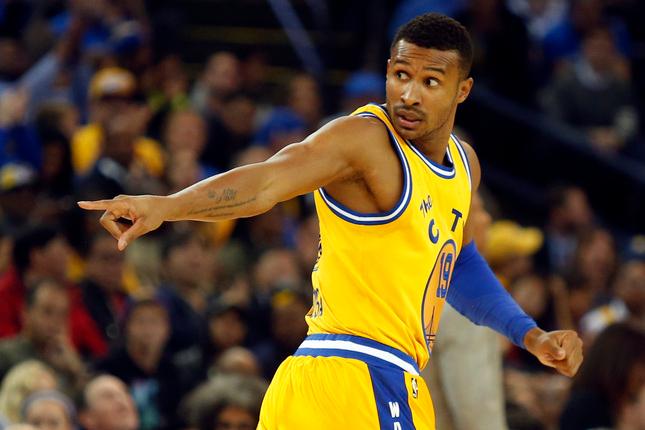 Former Golden State Warriors guard Leandro Barbosa has returned to the organization he helped win a championship with in 2015 as a player mentor coach, the team announced Monday.

“I’m very excited,” Barbosa said. “To work with the coaches and players that I used to play with, it’s an honor. I’m very happy for the opportunity. I’m a little nervous, but I think I’m going to do OK.”

He will join head coach Steve Kerr’s staff that has expanded to include more player development personnel over the last year.

“He was a fan favorite but he was also a favorite in the locker room. He’s got a great sense of humor, a great smile, great energy about him,” Kerr said. “I’m excited to add him to the staff and to see him help mentor our young players.”

Barbosa first made the announcement on Instagram, where in a post he wrote in Portuguese, “It is a great joy to announce my return to the Golden State Warriors as a player mentor coach.”

The Deets: Pump the brakes on Giannis to the Warriors talk

How the Warriors could still land Giannis Antetokounmpo

A sleeping giant? Why pickleball is growing in popularity

NBA Draft pushed back from Oct. 16 date, Warriors to wait to make No. 2 pick