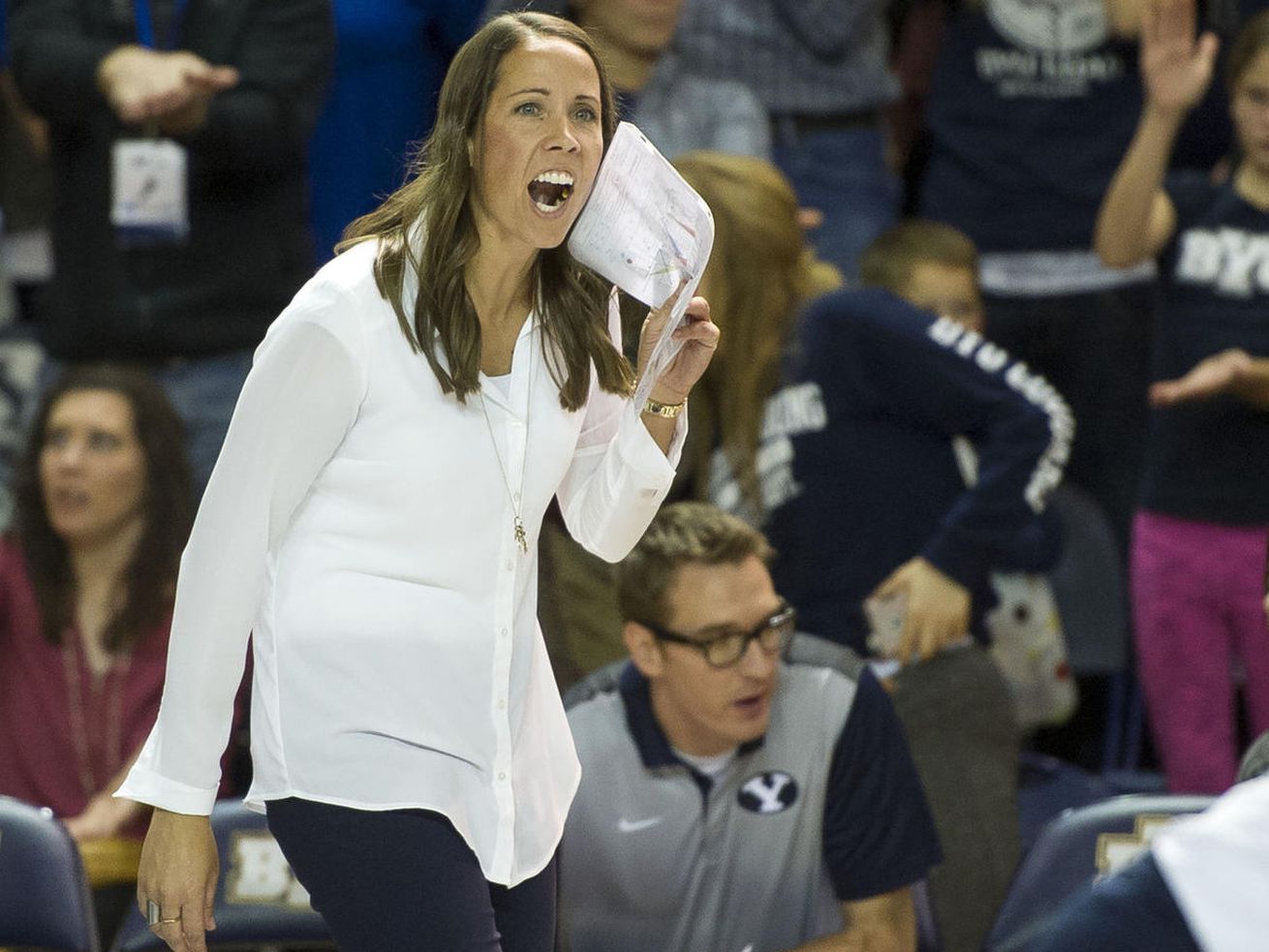 FILE — BYU head coach Heather Olmstead cheers on her team during an NCAA volleyball playoff game against UNLV in Provo on Saturday, Dec. 3, 2016. BYU swept UNLV 3-0 to advance to the Sweet 16. BYU earned a No. 16 seed in the 2020 tournament, which will be contested in the spring of 2021 due to the pandemic. | Nick Wagner, Deseret News

After winning the WAC championship, Utah Valley will be making its first trip to the tournament; Big Sky champion Weber State also makes the field of 48 in Omaha, Nebraska

The state of Utah will be well-represented in Omaha, Nebraska, next week.

No fewer than four volleyball teams from the Beehive State will compete in the NCAA Women’s Volleyball Tournament, an all-time high, it was announced Sunday afternoon during the NCAA Tournament selection show.

The University of Utah, third-place finisher in the Pac-12, received a No. 14 seed, while West Coast Conference champion BYU got a No. 16 seed. Utah Valley University is making its first trip to the tournament, having won the WAC championship last week, while Weber State won the Big Sky as is also headed to volleyball’s version of the Big Dance.

“I was really excited about that,” said Utah coach Beth Launiere. “I am so happy for Utah Valley and Weber State. Those coaches have worked so hard and done such great jobs with their programs. I am so proud of them and happy for those players. … I was super-stoked for those coaches and those programs.”

As seeded teams, BYU (16-1) and Utah (13-4) got first-round byes. The Utes and Cougars didn’t play each other this season, a season that was pushed from last fall to this spring by the pandemic.

The Utes will face the winner of the April 14 first-round match between Long Island University and Pittsburgh on April 15. If Utah wins its second-round match, it will likely face No. 3 seed Minnesota (15-2), which is coached by former BYU standout Hugh McCutcheon.

BYU, which was ranked No. 14 in the last AVCA poll and has won nine straight matches, will face the winner of the April 14 Rider (7-4) vs. UCLA (14-6) match on April 15 in Omaha. Rather than having 64 teams and no byes, this year’s pandemic-altered tournament has 48 teams and will be played over eight days at the CHI Health Center Omaha.

We’re dancing as the 14 seed! pic.twitter.com/C0JXTr6kA5

Launiere isn’t complaining about the seeding, although the Utes were No. 12 in the …read more