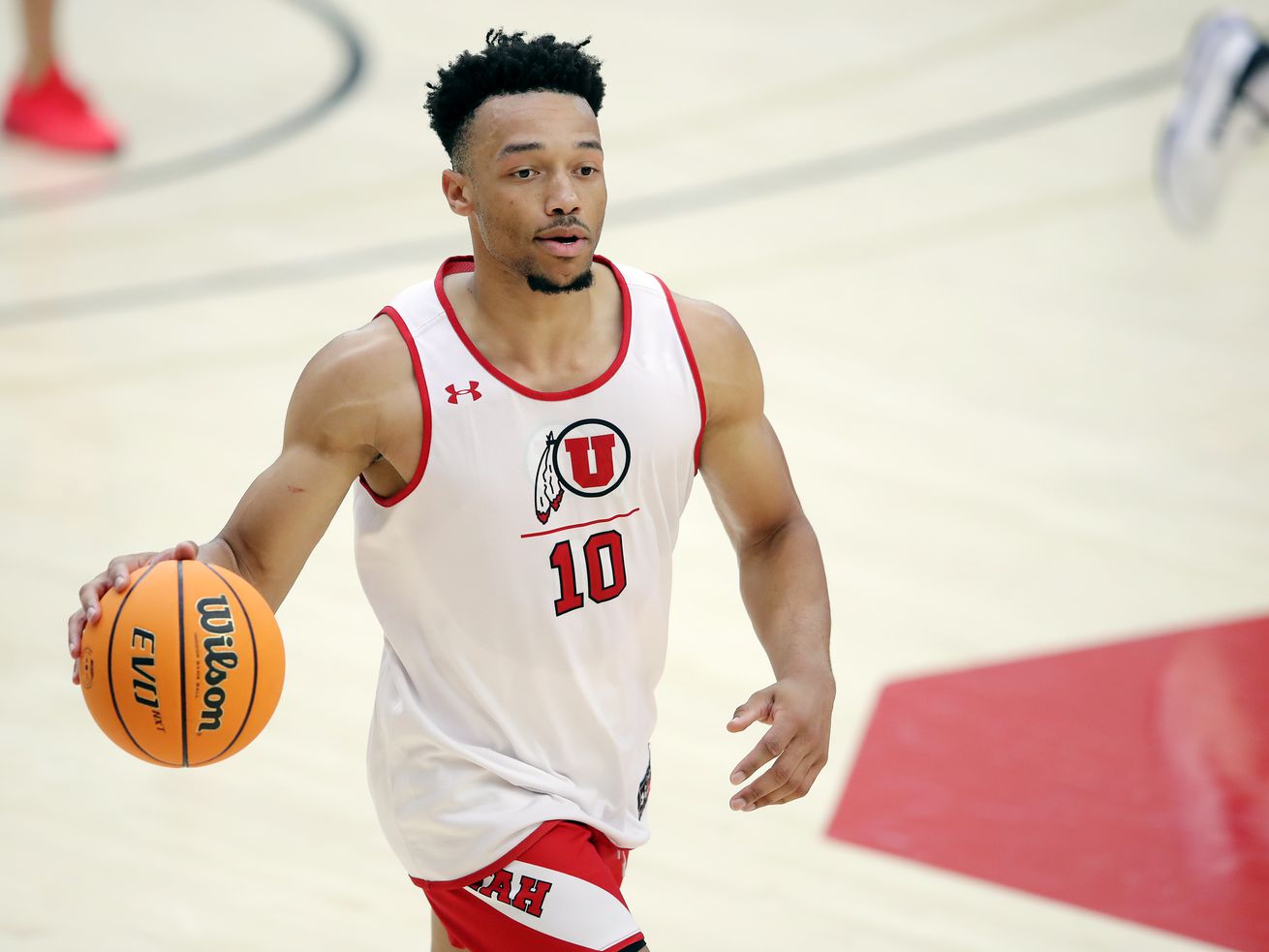 Utah players aren’t surprised they are off to a 5-0 start, say they will be ready to roll against rival Cougars Saturday at the Huntsman Center

Utah’s 5-0 basketball team blew its cover a little bit last weekend, winning the Sunshine Slam with victories over Boston College and Tulsa and serving notice that the Runnin’ Utes could be much better than a lot of preseason prognosticators thought they would be.

But returning players Jaxson Brenchley and Riley Battin aren’t surprised, they said Wednesday afternoon after the Utes practiced for the first time since returning from Florida.

“We prepare to win every game,” Brenchley said. “If we lose, that is not expected. We expect to win. That’s how we roll.”

“I think we grew closer as a team, for sure. It obviously helps to come back with a trophy. We played some really good teams and we were able to bond off the court as well. I think it was all good.” — Utah basketball forward Riley Battin.

Added Battin: “I think we grew closer as a team, for sure. It obviously helps to come back with a trophy. We played some really good teams and we were able to bond off the court as well. I think it was all good.”

Having defeated Abilene Christian, Sacramento State, Bethune-Cookman, Boston College and Tulsa by an average of 16.5 points, the Utes turn their attention to easily the most difficult part of their pre-Christmas schedule.

CSU Rams paid steep price to land Steve Addazio as football coach. And an even steeper one by letting him go.

They will host No. 18 BYU — which hosted Texas Southern on Wednesday at the Marriott Center — and then jump into a couple of Pac-12 games, going to USC on Dec. 1 and then hosting Cal on Dec. 5.

Are the Utes getting a jump start on preparing for their bitter rivals? Not really, the players and coach Craig Smith said Wednesday. Reporters were not allowed to watch practice.

“In practice, we are playing like it is a game (in terms of energy expended),” Brenchley said. “I don’t think there is a big difference in terms of rest or rust.”

Battin acknowledged that assessment, saying, “We are practicing today, they are playing today. We will both be ready to go on Saturday … We are going to prepare for them just like we would any other game. Same type of schedule and stuff. Hopefully we will get after it.”

Tipoff is at 7:30 p.m. MT at the Huntsman Center, and the game will be televised by the Pac-12 Networks.

Utah center Branden Carlson was named the tournament’s MVP, while David Jenkins Jr. made the all-tournament team as the Utes won their first multi-team event (MTE) away from the Huntsman Center since winning the Glenn Wilkes Classic at the same venue in 2008.