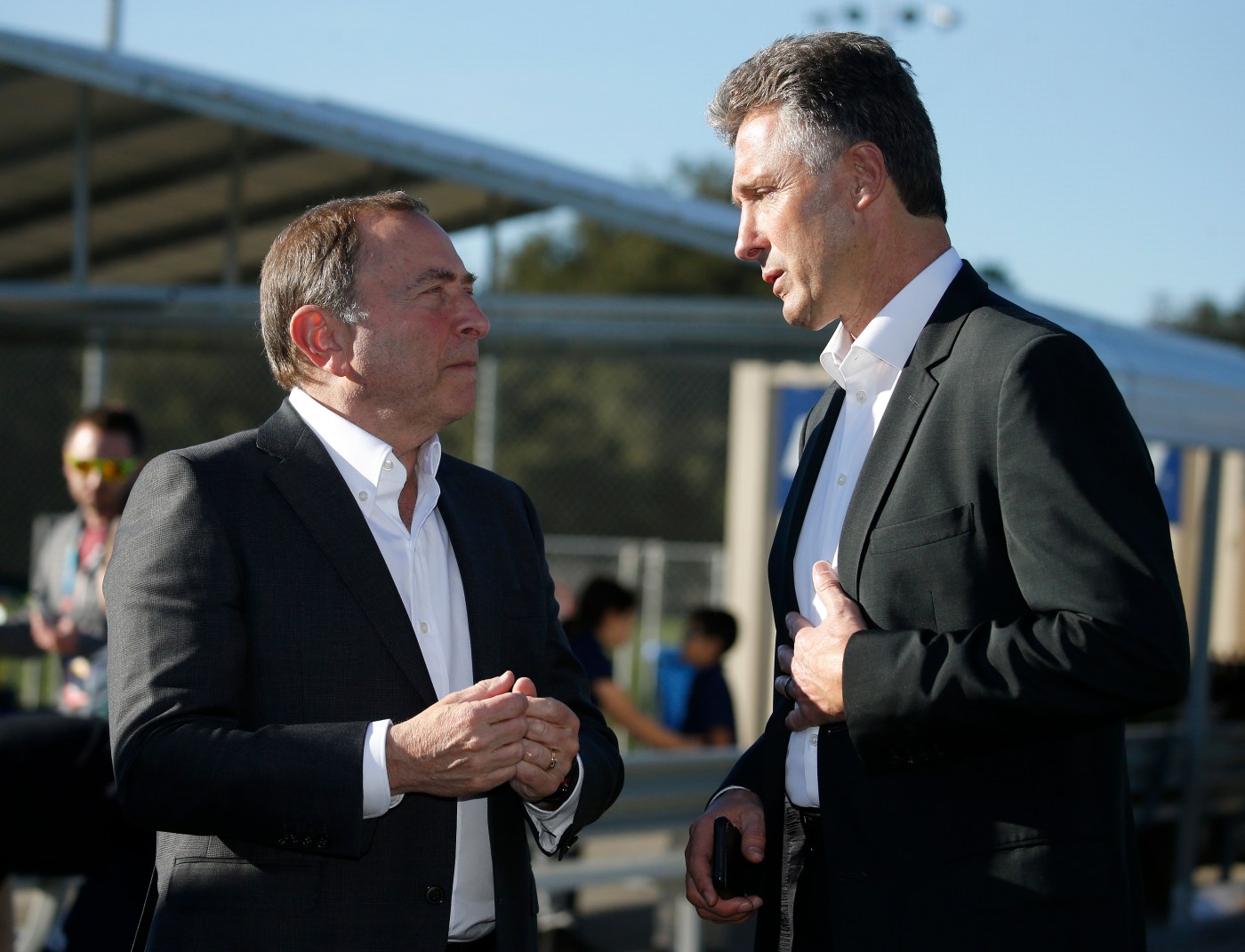 Had spectators been allowed to attend, there’s a chance the San Jose Sharks would been included in one of the two outdoor games scheduled to take place next month on the shores of Lake Tahoe.

That’s what NHL Commissioner Gary Bettman said Monday when asked why the Sharks, the closest NHL team geographically to Lake Tahoe, were not included in the weekend’s festivities.

Confirming reports that originally surfaced Jan. 1, the NHL officially announced Monday that the Vegas Golden Knights will play the Colorado Avalanche on Feb. 20 and the Boston Bruins will play the Philadelphia Flyers the next day at Edgewood Tahoe Resort in Stateline, Nev.

Bettman said that if a large number of spectators were allowed to attend, the Sharks would have been considered. The Sharks played the Los Angeles Kings in front of an announced crowd of 70,205 at Levi’s Stadium  in Santa Clara on Feb. 21, 2015 as part of the NHL’s Stadium Series.

“I’m sure the Sharks would have wanted to participate and frankly, if we were dealing with a game where there was live attendance and we were looking to fill a large stadium as we did with the Sharks and Levi’s Stadium (in 2015), they certainly would have been considered and maybe as well picked,” Bettman said. “But for the circumstances that we were addressing, we think we’ve got four terrific teams giving us two great matchups.”

Bettman also said Monday that the Sharks approached the league about possibly playing a game at the picturesque site for local television after the weekend’s nationally televised festivities were over.

Pac-12 commissioner search: Key presidents describe the process: “I’m going to look for somebody that … has a little bit of a Rolodex”

Bettman said the Sharks and that they “asked us to think about, and they would think about, whether or not after we finished the weekend events, maybe they play a game for local television.

“That’s not something that we’re in a position to focus on right now,” Bettman said. “We’re more focused on getting this season up and running.”

NHL West Division Preview: Where do the San Jose Sharks fit in against some of the league’s elite?

Predicting the San Jose Sharks’ final roster: Some decisions will be tougher than others

The Sharks did not wish to comment on their inquiry into playing a locally televised game at Lake Tahoe.

The Sharks on Feb. 20 are scheduled to play in St. Louis against the Blues. Their season opener is Thursday night against the Arizona Coyotes at Gila River Arena.