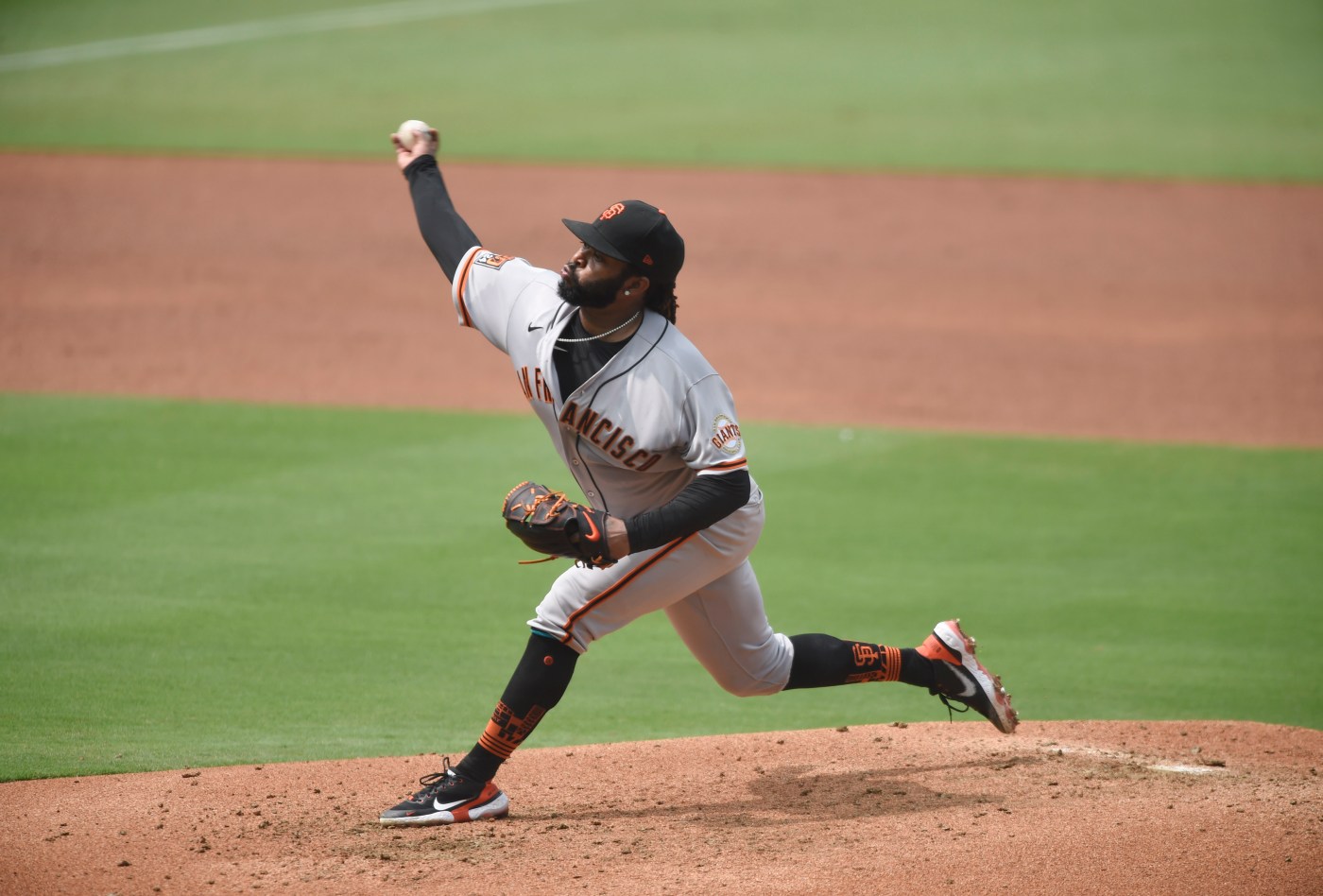 There were times earlier this season when the Giants were able to score enough runs to overcome less-than-ideal starts from pitcher Johnny Cueto.

Not on Sunday in the first game of their doubleheader with the San Diego Padres.

The Giants managed just one hit through the first four innings off starter Mike Clevinger, who finished with seven strikeouts to lead the Padres to a 6-0, seven-inning win at Petco Park.

Cueto allowed two runs in the second inning and two more in the third when Wil Myers singled to left to score Trent Grisham and Manny Machado and give San Diego a 4-0 lead.

After Donovan Solano’s error on an attempted flip throw to Brandon Crawford allowed Austin Nola to score for a 5-0 Padres lead, Cueto was taken out by manager Gabe Kapler. Cueto threw 103 pitches over 5 1/3 innings and finished with two strikeouts and three walks in what was his first loss of the season.

Sign up for Kerry Crowley’s free new newsletter and podcast.

Cueto entered Sunday with a 2-0 record and a 4.56 ERA. Although he has mostly been solid in 2020, he has had some rocky starts. In three of his nine outings, Cueto has allowed four earned runs or more. In all three of those games, the Giants came back to win.

Most recently, Cueto allowed six earned runs in a Aug. 25 start vs. the Los Angeles Dodgers at Oracle Park.

The Giants trailed by two entering the seventh inning, but scored single runs in the seventh and ninth to tie the game, and won the game in the 10th with a two-run home run from Donovan Solano.

Justin Smoak made his Giants debut after he was signed as a free agent on Wednesday. Smoak, hitting sixth as the designated hitter, was 0-for-2 with a strikeout.

Cueto was supposed to start Friday against the Padres in the second game of the series. Instead, a Giants player, Alex Dickerson, received word just before Friday’s game that he had tested positive for the coronavirus. That forced Major League Baseball to postpone Friday and Saturday’s games.

After numerous follow-up tests in the last 30 hours or so before Sunday, MLB concluded that Dickerson’s test was a false positive, and gave the go ahead for the teams to play a double-header Sunday. One more game of the series still has to be made up, but no date has yet been set.