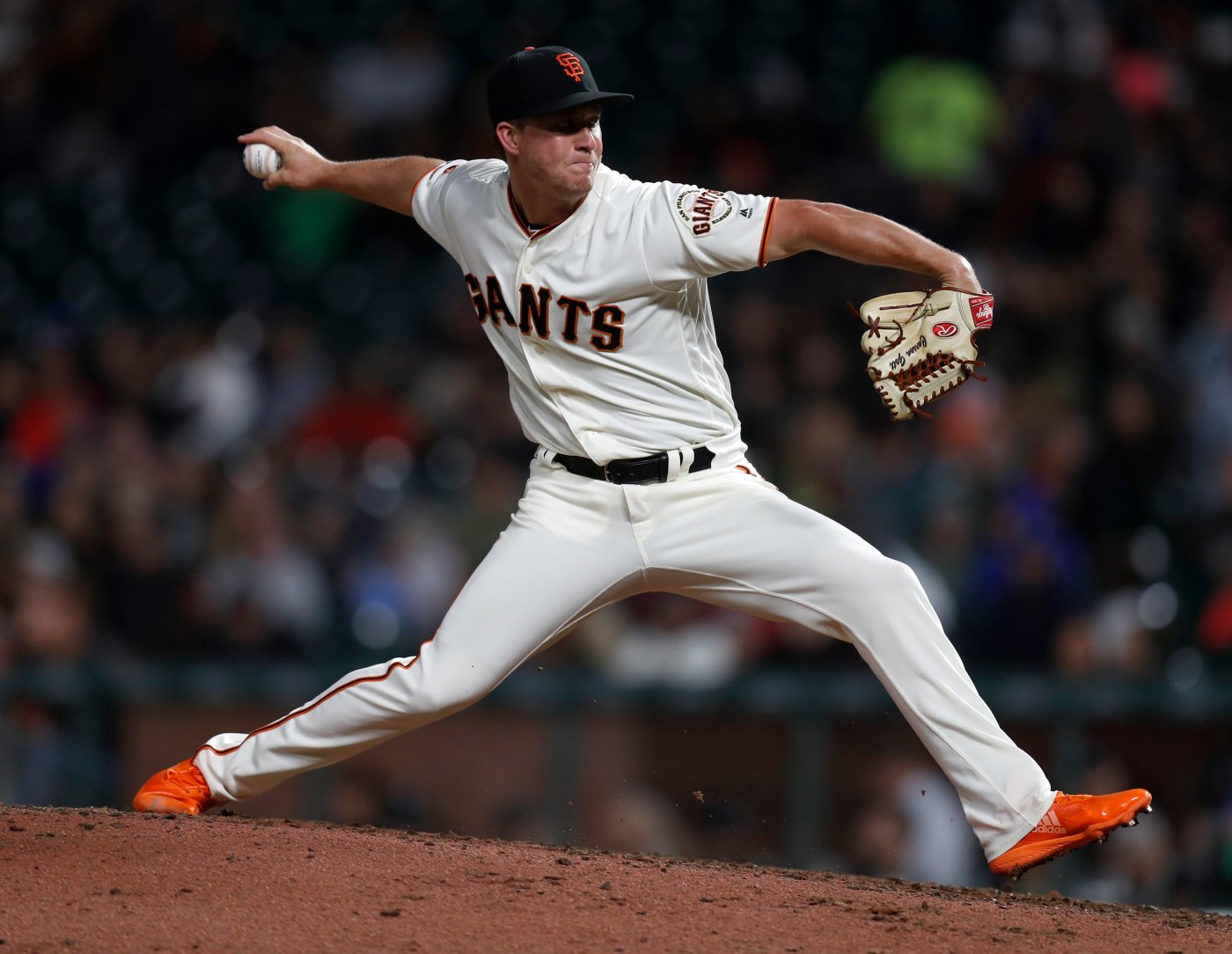 The Giants on Sunday placed right handed reliever Trevor Gott on the 10-day injured list with right elbow inflammation. The transaction is retroactive to Sept. 10.

In a corresponding move, right-hander Rico Garcia was recalled from the Giants’ alternate training site in Sacramento.

For today’s doubleheader with the San Diego Padres, Daniel Robertson was designated by the Giants as their 29th man.

Gott, 28, had appeared in 15 games for the Giants this season, starting the year as the team’s closer before moving more to a set-up role — pitching sixth and seventh innings — late last month.

Gott struggled in outings vs. the A’s on Aug. 14 and 15, allowing a combined nine earned runs. On Aug. 17, he blew his second save, allowing two earned runs in the ninth inning of a 7-6 loss to the Los Angeles Angels.

Since then, though, Gott had settled down, and had allowed just one earned run in his last 4 1/3 innings pitched over six appearances. Before he was placed on the IL, Gott was 1-2 with a 10.03 ERA.

Gott last pitched Sept. 9, throwing the seventh inning of what was a 10-1 win over the Seattle Mariners. In that appearance, Gott faced six batters, threw 28 pitches, and allowed one hit and two walks. He also struck out two.

Since late August, Giants manager Gabe Kapler had used several pitchers in the closer’s role, including Tyler Rogers, Tony Watson, Sam Coonrod and Jarlín García. Since the Giants fell to 8-16 on Aug. 17, the bullpen has posted a 2.22 ERA over its last 20 games.

Please check back for updates to this story.