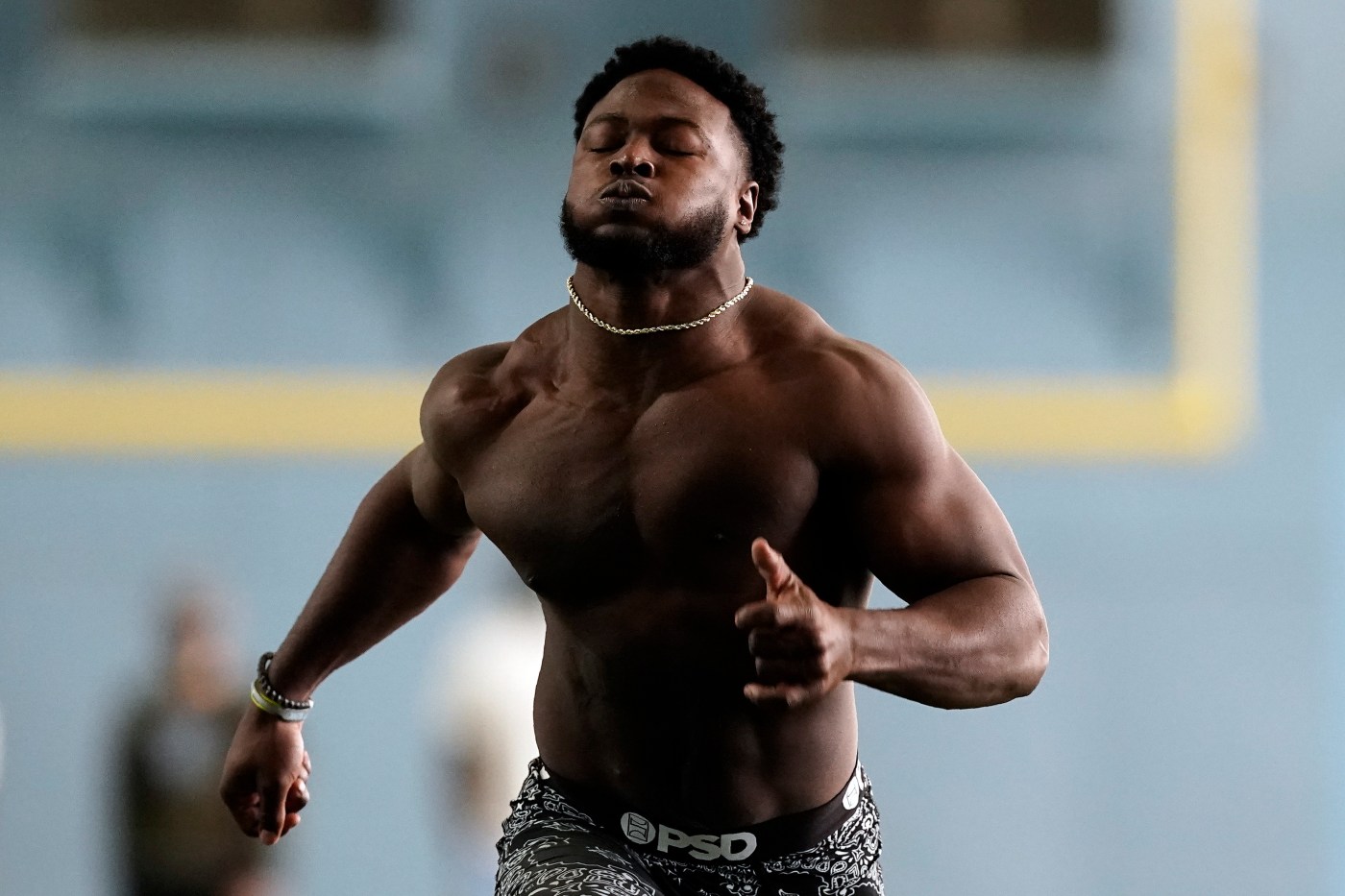 Broncos Country always loved Phillip Lindsay more than the team did. Javonte Williams brings the hammer Lindsay never had in his tool belt. Williams will lead the team in rushing as a rookie. Kudos to general manager George Paton for trading up for a player he coveted.

Day 2 theme? Strength. Powerful, compact and an able blocker, Javonte Williams ticks the boxes for Pat Shurmur in the backfield that Phillip Lindsay didn’t — well, except for the dropsies part. Meinerz is a monster road-grader. He’s also a center/guard type on a roster that needs more right tackle options. Browning has the size (6-foot-3, 245 pounds) to fight off tight ends and the wheels (4.56 in the 40) to run with them, ticking off another box.

Paton made good on his reputation as a draft day wheeler-and-dealer, accumulating picks and not forcing a pick at No. 71 when he didn’t need to. There’s a reason Javonte Williams led the nation with 75 avoided tackles in 2020, and was second with 42 rushes of more than 10 yards — he is extremely strong and elusive. He will complement Melvin Gordon well — probably better than Phillip Lindsay would have if he returned to Denver in 2021 — and will also push Royce Freeman. Meanwhile, Meinerz’s YouTube workout videos alone have me sold — he looks and acts the part of a grinder who will do anything to make himself and the Broncos better up front. And at a hefty 320 pounds, he certainly has the mass to move people around.

The Broncos were ultra-active, trading up in the second round and trading down twice in the third round. North Carolina running back Javonte Williams should challenge for immediate playing time and then take over as the no-doubt starter in 2022. Late in the third, Wis.-Whitewater offensive lineman Quinn Meinerz is expected to work at center because the Broncos have Netane Muti as their back-up guard. Ohio State inside linebacker Baron Browning has experience blitzing and dropping into coverage and will compete against Justin Strnad for a potential sub-package role. All in all, the Broncos realized they needed to add a quality running back to make defenses respect the play-action game.

Trader George sure made things interesting — or busy, at least — on Day 2 of the draft. While we remain skeptical of running backs as high picks, there’s reason to believe North Carolina’s Javonte Williams is worth it at No. 35. And if you can’t get behind picking an offensive lineman capable of pushing over trees (Quinn Meinerz), maybe the NFL draft isn’t your thing. The Baron Browning pick at the end of the third round felt like a gamble on pedigree more than anything else.