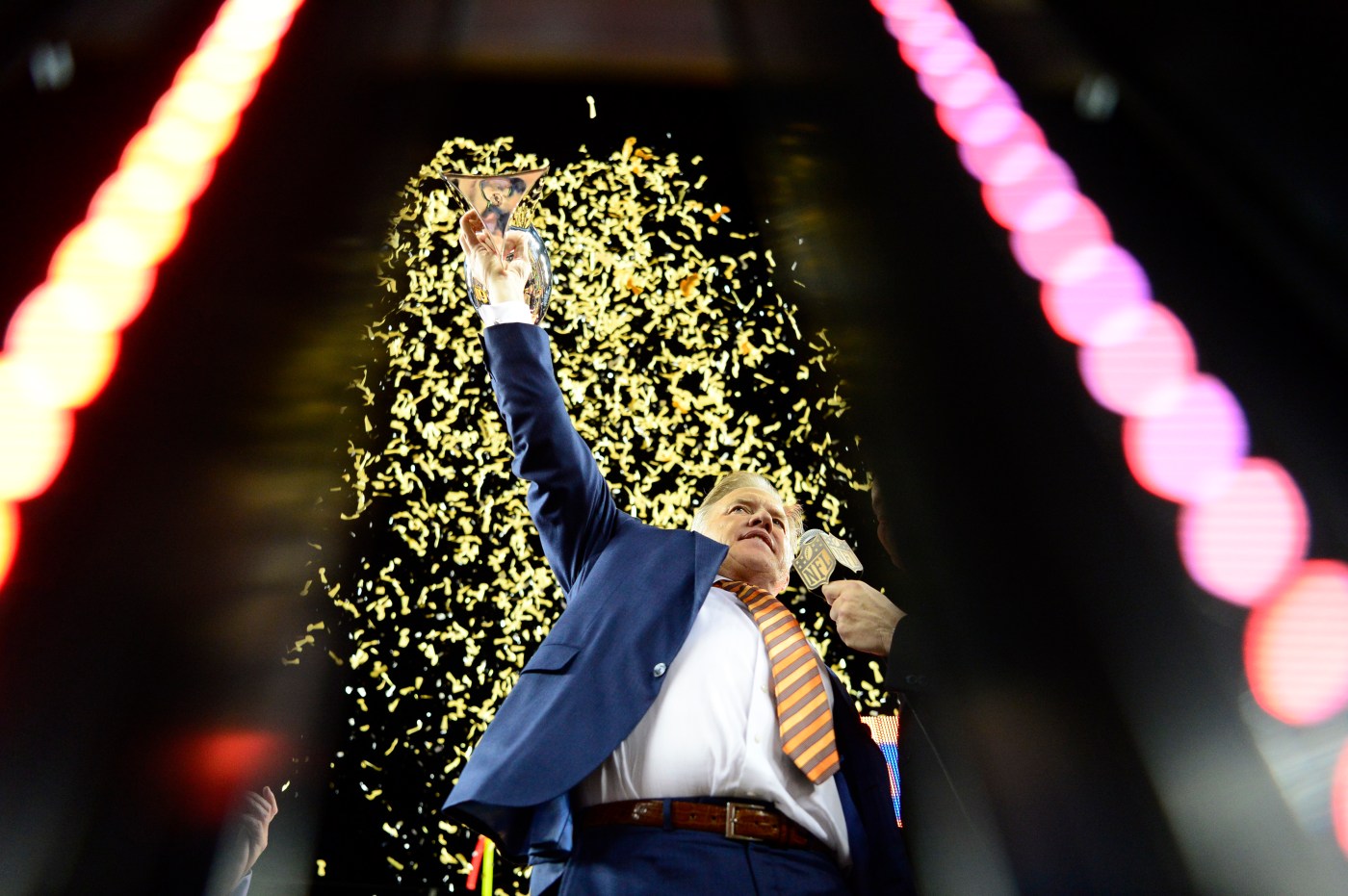 Major professional sports titles are hard to come by.

If you’re lucky, you might get to see one of your teams win one or two in your lifetime.

The staff inside the Grading the Week offices still haven’t witnessed their beloved Phoenix Suns hoisting the Larry O’Brien Trophy, and we’re fast approaching Decade No. 5 on this cursed rotating rock.

As bad as the past five years of Broncos football has been — and we concede, it hasn’t been pretty — let’s remember one thing about John Elway:

This is a man who had a hand in not one, not two, but three Lombardi trophies won by the Broncos during the past 25 years — including, of course, the stunning Super Bowl 50 upset of the Carolina Panthers. Elway drafted that game’s MVP (Von Miller), lured the team’s starting quarterback (Peyton Manning) to the Front Range and even hired the coach (Gary Kubiak) who made it all sing (well, sort of).

That, dear readers, buys Elway an awful lot of goodwill as an executive in these parts, not to mention his Hall of Fame playing career.

If you subscribe to the idea a championship allows a franchise a certain grace period with its fans — the Ringer’s Bill Simmons once set it at five years — then the missteps since that night in February 2016 not only must be forgiven, they must be ignored.

That also makes Elway’s decision to relinquish his role as Broncos general manager this week near perfect timing. Five years have passed since a third title was added to the Dove Valley trophy case, and that’s just long enough for fans to regain the right to complain about the bedraggled state of the Broncos.

You had your five years, Mr. Elway. Now it’s time to let someone else put the roster together.

Here’s a tip of the cap on your way out the door. Or should we say… up to the President’s suite?

If ever there was a year for Colorado and Colorado State to meet on the basketball floor, this would be it.

The early season non-conference showdown was canceled by COVID during the first week of December. Since then, both men’s basketball teams have revealed themselves to be NCAA Tournament contenders.

The Rams (7-2) authored a record-breaking comeback at Mountain West favorite San Diego State a week ago, then put together another double-digit rally to beat UNLV on Thursday night. The Buffs (8-3) dropped 17th-ranked Oregon earlier that same day, keeping the Ducks O-for-Boulder since… forever.