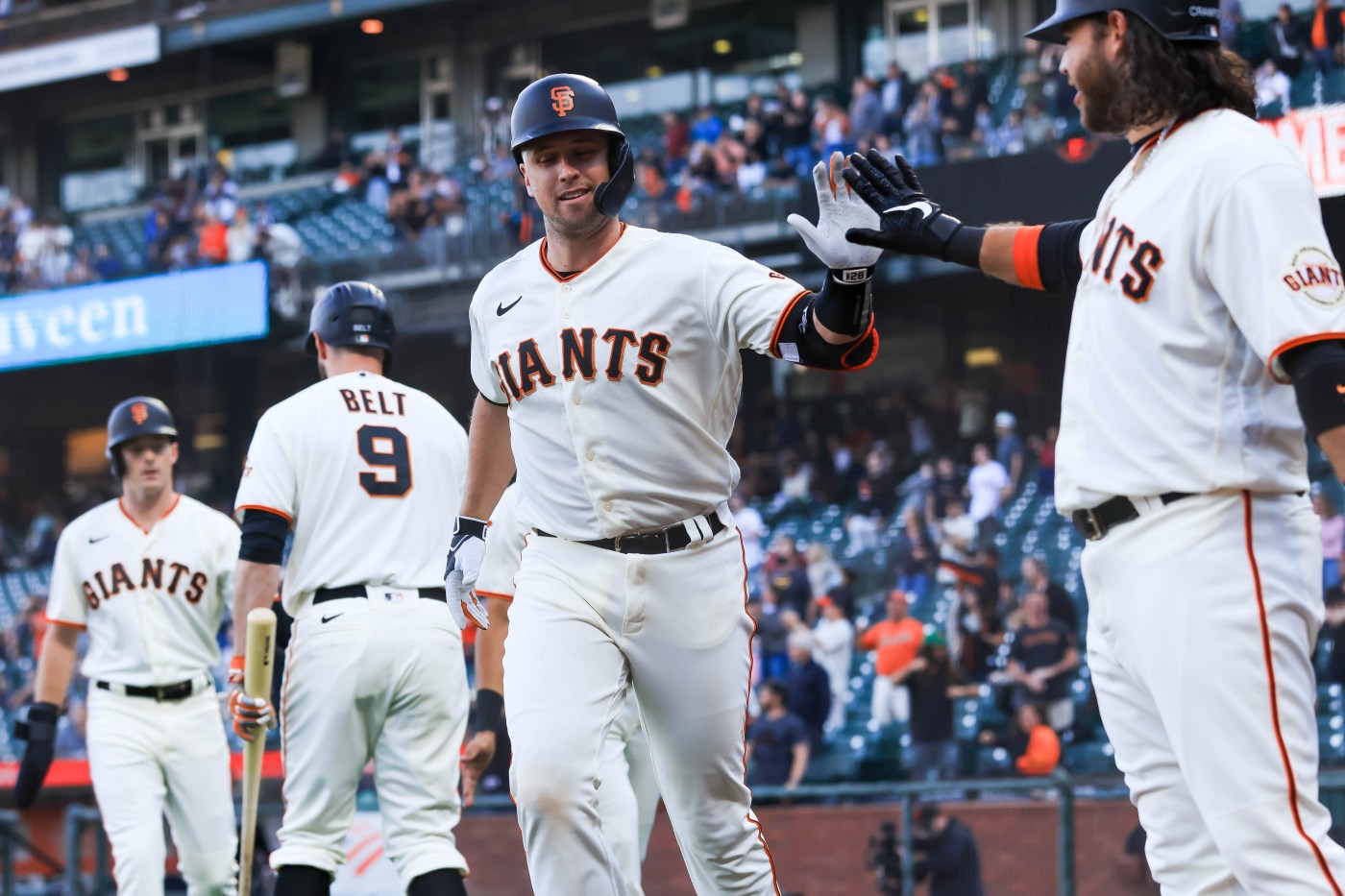 LOS ANGELES — Throughout the first half of the season, the Giants pointed to a disciplined schedule for catcher Buster Posey as a significant factor in his success at the plate.

Posey has rarely started three consecutive games, doesn’t have enough at-bats to qualify for a batting title and has only sparingly appeared as a pinch-hitter on days when he’s been out of the starting lineup.

With the Giants looking to secure their first postseason berth since 2016, discussions have begun about when Posey will begin to play more frequently.

“I think we’ll have that mindset there is going to be a time to push Buster,” manager Gabe Kapler said this week. “But we’re going to evaluate what that time is not based on the schedule necessarily or the opponent, but more on what we feel like his body can withstand given how many games are remaining on the schedule.”

After a disappointing start to the season offensively, backup catcher Curt Casali has been a valuable offensive performer since returning from a stint on the injured list at the beginning of June. In 50 at-bats since rejoining the Giants, Casali is batting .380 with four home runs and a 1.226 OPS.

Casali’s performance enabled the Giants to avoid falling out of first place when Posey missed a two-week period with a left thumb contusion, but he knows that when the Giants’ franchise cornerstone is ready to play more often, his opportunities will decrease.

When Posey discussed his return from the 10-day injured list on Monday at Dodger Stadium, he mentioned that playing more often during the second half has been on his mind. When asked about the possibility the Giants could be a buyer at this year’s trade deadline as the front office looks to shape the roster for a playoff run, Posey appeared energized at an opportunity he hasn’t had since 2016.

Finding the balance between giving Posey enough rest and pushing a hitter with a .979 OPS and 13 home runs to stay in the lineup will be a challenge for the Giants during the second half, particularly because they’ve already witnessed the value in giving Posey time off.

After spending two weeks recovering from his thumb injury, Posey belted a home run in his first at-bat in Monday’s game and reached in six of his first 11 plate appearances of the series.

“I definitely think there can be some positives to (the time off),” Posey said.

Kapler gave Posey a planned day off on Wednesday, but on most days Posey rests, the Giants have looked to avoid using him as a pinch-hitter. With the club trailing 2-1 entering the ninth inning, however, Kapler tabbed Posey to lead off against Kenley Jansen.

With his ninth hit in 27 at-bats against the Dodgers closer, Posey set up Wilmer Flores to launch a go-ahead two-run homer that helped …read more