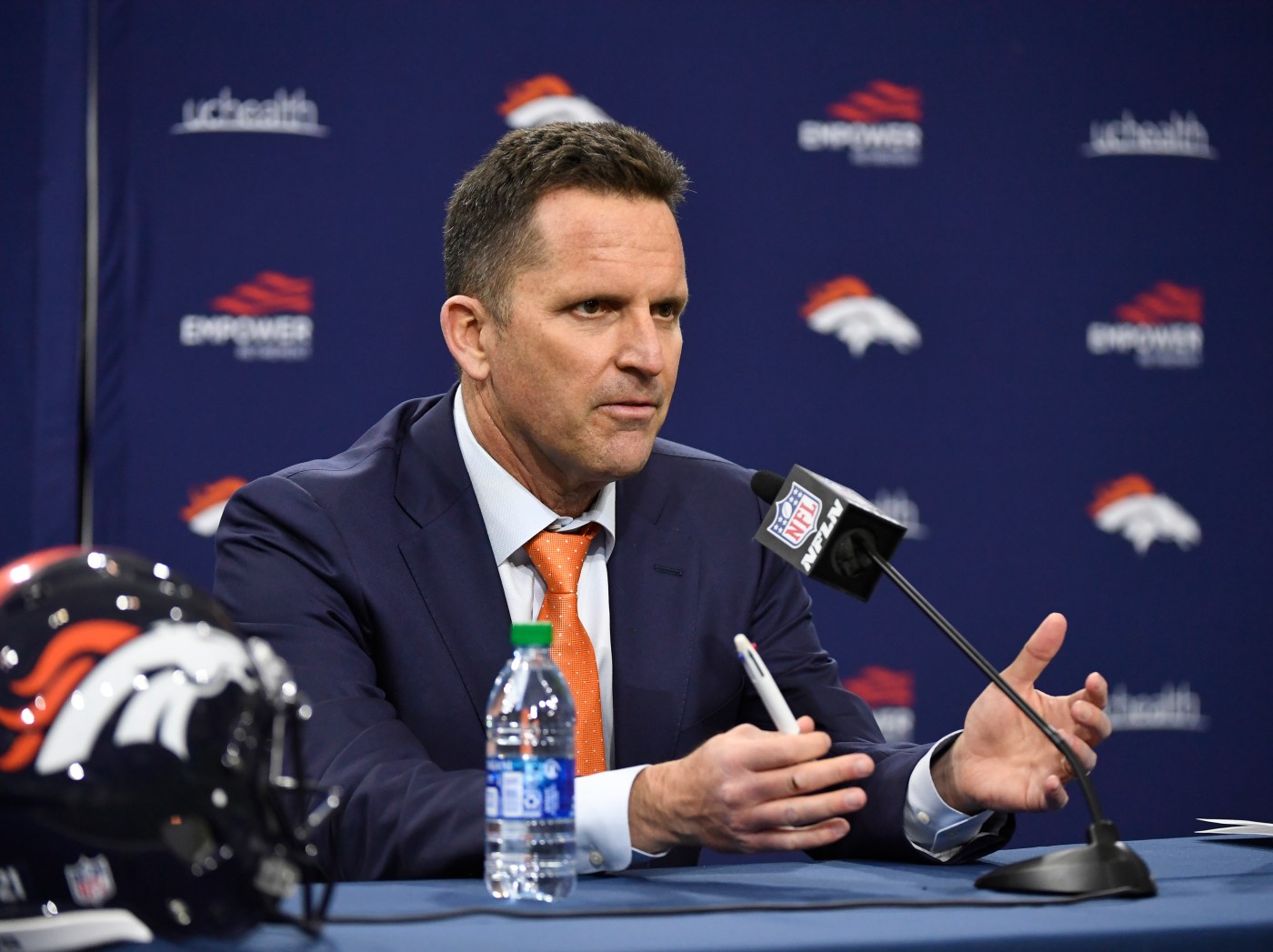 If there was ever a defensive masterpiece in a loss while allowing 447 yards, the Broncos delivered it last December in Kansas City.

The Chiefs failed to score a touchdown in all four of their red-zone possessions, including three goal-to-go situations, and were held to 22 points, quarterback Patrick Mahomes’ lowest output of the regular season.

But the Broncos’ anemic offense managed only 16 points, producing the same amount of touchdowns and turnovers (two).

Fast forward to Saturday: Now that most of the Broncos’ offseason roster-building is complete following the NFL draft, did general manager George Paton do enough to help the offense score more points in general and win games like last year’s squeaker against the Chiefs in particular?

“It’s been heavy offensive drafts before I came and we have a young group of offensive players; I think they need to develop,” Paton said Saturday. “We had a few tweaks here and there, obviously we brought in (quarterback) Teddy (Bridgewater) so I think the offense will grow and continue to grow.

Paton should like the young offensive talent at receiver (Courtland Sutton, Jerry Jeudy and KJ Hamler), tight end (Noah Fant and Albert Okwuegbunam) and running back (second-round pick Javonte Williams) … but you know the position that isn’t mentioned.

Bridgewater is a Band-Aid, capable of helping Minnesota to the playoffs as a second-year starter, but incapable of sticking with a team as their multi-year guy.

The uncertainty at quarterback, no matter how good the Broncos feel about it, continues to be a dark cloud over the organization.

Drafting Justin Fields would have been terrific for online clicks and subscriptions (thank you for contributing to our cause), but not immediately beneficial for coach Vic Fangio. No doubt cornerback Pat Surtain II will have a bigger impact this year with the Broncos than Fields with Chicago.

Kiszla: Free Aaron Rodgers! Why the Broncos and the reigning MVP could make for a beautiful love story.

CU lineman Will Sherman, lone local picked in NFL Draft, selected by Patriots in sixth round

But the perception and potential reality of the Broncos’ quarterback position is the same exiting April as it was entering March: Not good enough.