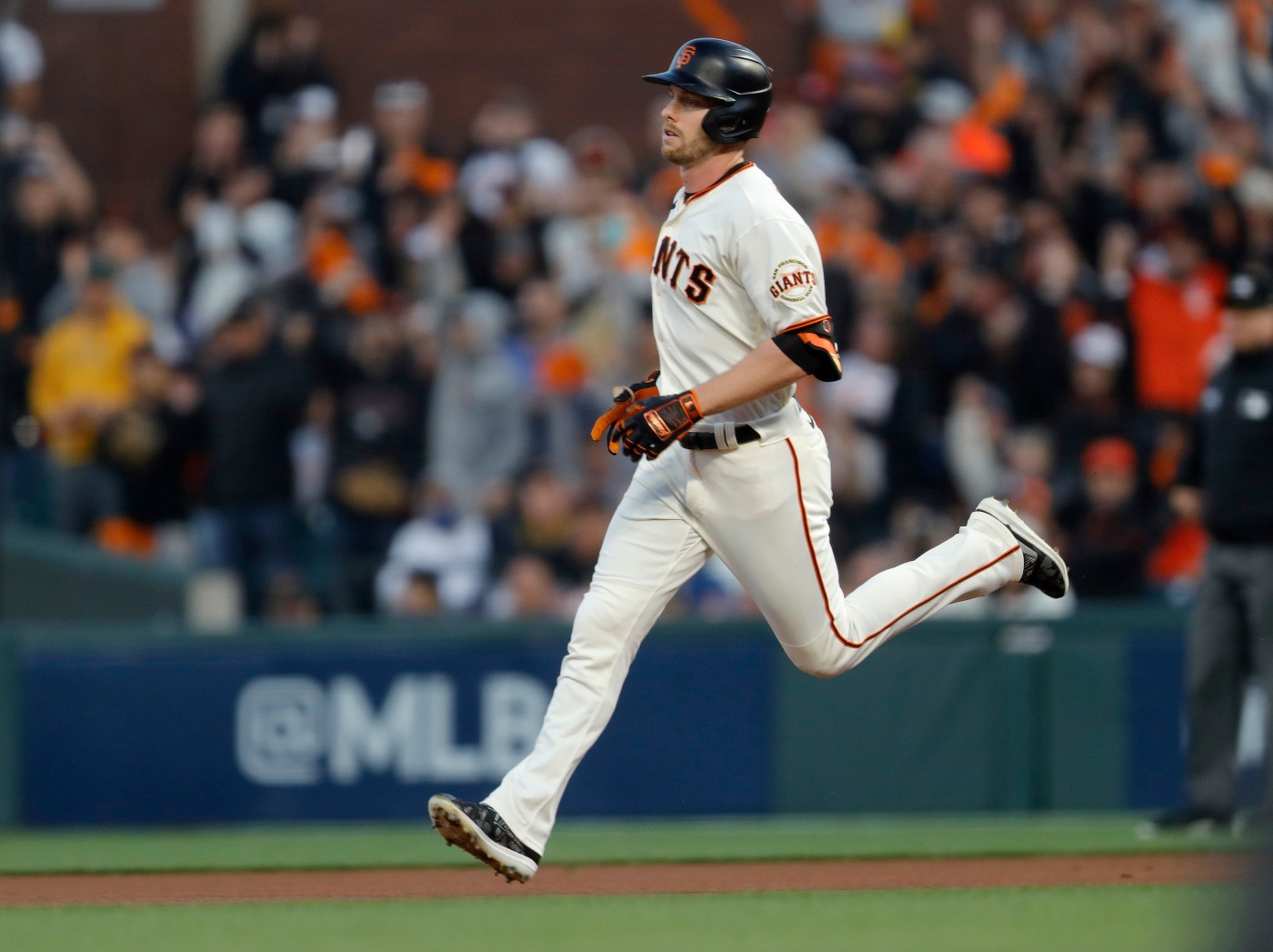 SAN FRANCISCO — Julio Urías was the only 20-game winner in the majors and was set up to face the Giants with full rest between starts after leading the Dodgers to a Game 2 victory.

Urías, however, won’t start a winner-take-all Game 5 against the Giants at Oracle Park on Thursday. The Dodgers will instead send reliever Corey Knebel to the mound as an “opener” with the expectation Urías will throw multiple innings later on in Thursday’s game.

The announcement came seven hours prior to first pitch and left the Giants hustling to adjust a lineup that was expected to be filled with their best right-handed bats.

“Trying to predict — and this probably goes for both sides — trying to predict exactly how the game is going to play out, I don’t think that anybody’s going to be able to do that,” Giants manager Gabe Kapler said pregame. “There’s just too many variables to consider, too many things that could take that first read on it off script.”

Roberts said the decision to use an opener in front of Urías was made from the “tippy-top” of the organization and is a credit to the flexibility of the left-hander, who has pitched almost exclusively in relief prior to 2021.

“I think that the first look is to say that it’s a slight on Julio, which it’s actually my compliment to him being able to adjust, and also allowing for other guys to have the best opportunity to take down outs,” Roberts said .”So I kind of — so we did lay it out and he completely understood kind of the thought behind it.”

The Giants have to prepare for various possibilities that include Knebel pitching more than one inning, another right-handed reliever such as Brusdar Graterol or Joe Kelly, following Knebel or Urías entering the game as soon as the second inning.

Kapler said Roberts informed him of the decision over text on Wednesday evening, so the Giants had 24 hours to contemplate their lineup. The Giants didn’t deviate too much from their original plan, but there are some slight tweaks to the lineup the team anticipated using …read more