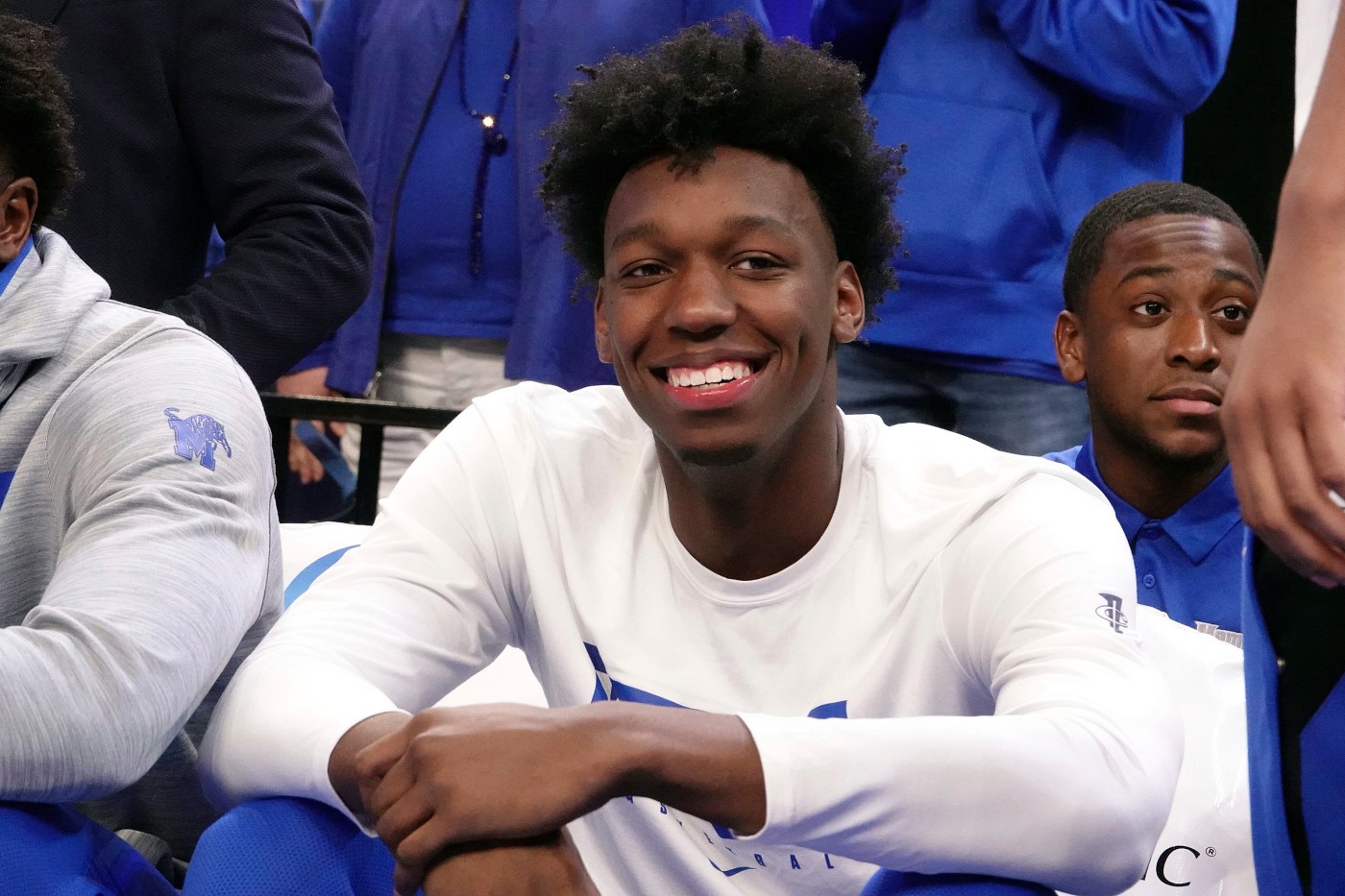 Warriors fans needing a diversion from the sobering news of Klay Thompson’s season-ending injury will be comforted in what NBA Draft experts had to say about James Wiseman, the team’s pick at No. 2 overall Wednesday night.

By selecting the athletic, 7-foot-1 center from Memphis, most of the analysts agree the Warriors set themselves up nicely for years to come with a difference-making big man.

General manager Bob Myers, coach Steve Kerr and even Stephen Curry acknowledged before the draft the Warriors needed more size and athleticism to keep up with the NBA’s elite.

Now, there seems to be a consensus among the experts that the 19-year-old Wiseman immediately solves Golden State’s biggest need.

Here’s a look at how they graded the Warriors’ highest draft pick in 25 years:

“It would have sounded a lot better this morning before the Klay Thompson news, but if you take a physical specimen like Wiseman and put him next to Stephen Curry, Klay and Draymond Green, and you can compete for another championship. But still, with the second pick, you get the player most physically prepared to make a big impact right away.” — Gary Parrish

“Wiseman should thrive as a rim-runner in Golden State’s offense. The 7-footer has a huge wingspan and moves well for his size, giving him a chance to emerge as a Rudy Gobert-esque stopper later in his career. It’s not easy to be a big man in today’s game, but Wiseman found a great landing spot.” — Jordan Greer

“The Warriors’ minds may have been straying toward Klay Thompson’s health, but they did get a strong addition in Wiseman, who could help them fight for a title if they are at full strength. He’s coming off a longer layoff than most, but he was a top recruit for a reason.” — Greg Joyce

THE RINGER: Grade: B

“This is simultaneously the safest pick and biggest gamble at the top of the draft. Wiseman only played three games at Memphis, but most NBA teams were already familiar with his game from his high school days. He’s a massive 7-footer with elite athleticism and the ability to contribute right away. The question is whether he will be good enough to overcome the diminishing value of the center position. Quality big men are easy to find in the modern NBA. Wiseman has to be elite to be worth going this high. Golden State is the best situation for him, but they will need him to grow a lot on both ends of the floor.” — Jonathan Tjarks

“The news of Klay Thompson injuring his leg certainly shakes things up, but securing 7-footer James Wiseman at No. 2 was a solid move for the franchise looking to rebound in 2020-21. Wiseman provided a small sample size in his few games at Memphis, but he’s got 20-and-10 capability and All-Star …read more