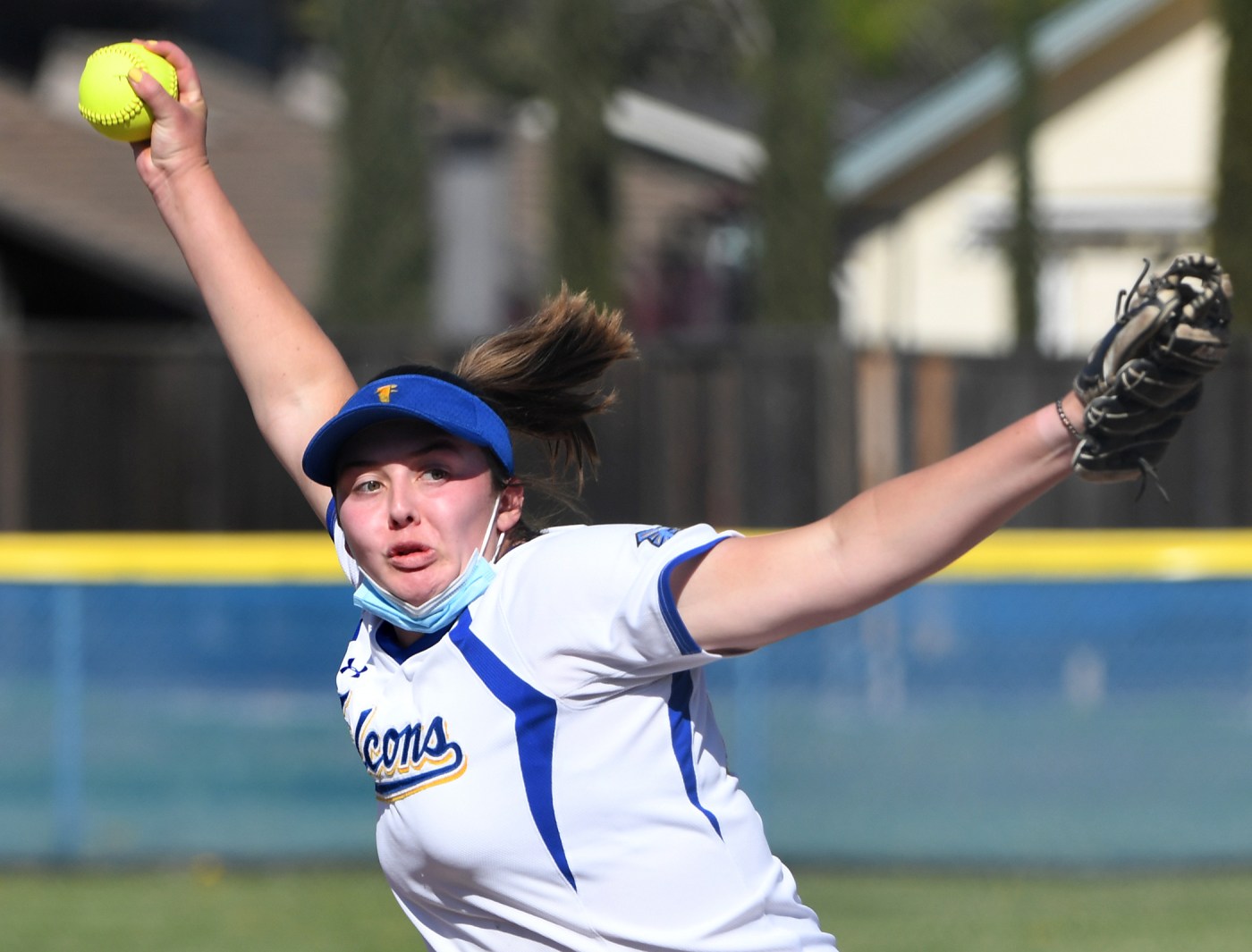 De La Salle scored four runs in the second and two in the fourth Wednesday to take a six-run lead on its home field before Amador Valley got back into the East Bay Athletic League game with four in the fifth. Blake Burke led De La Salle with two hits and three RBIs as the Spartans improved to 4-1. Amador Valley fell to 1-2.

Live Oak, playing at home, built a 7-1 cushion through four innings and held on to win its season opener. Justin Kester-Johnson had two hits, including a home run, and three RBIs and Cole Wilson also homered as Live Oak handed Carlmont (2-1) its first loss of the season.

Nate Baxter allowed a run in four innings and George Zaharias followed with three scoreless innings to lead Menlo-Atherton to the road victory. The pitchers combined for 13 strikeouts. Max Coupe had two hits and drove in a run for the Bears, who have won two in a row since opening the season with losses to St. Ignatius and Sacred Heart Cathedral. St. Francis fell to 1-1.

California scored three runs in the second and three in the sixth to win on the road, stretching its winning streak to three games and improving to 5-2 overall. Raoul Fabian and Pranav Sundar each had two hits, scored a run and knocked in a run. Aidan Camberg drove in two runs. Christian Ah Toong and Elijah Lee had two hits apiece for Dublin (2-3).

Sophomore William Chang had three hits, scored three runs and drove in two runs to lead the Yellowjackets to a one-sided victory on the road. EJ Cord, another sophomore, had two hits and three RBIs as Berkeley (8-2) won its fifth consecutive game. Six players in the Yellowjackets’ lineup had at least two hits.

In a game called after five innings, St. Francis scored six runs in the third and five in the fourth to run its record to 4-0. Jaz Hsiao had three hits, scored a run and drove in another for St. Francis. Chloe Cummings and Lexi O’Gorman each hit home runs, and Kate Munnerlyn scattered six hits without yielding a run. Mika Chong and Alex Bunton had two hits apiece for Hillsdale (2-1).

Foothill scored four runs in the fourth and that was plenty to turn back Alhambra, which didn’t score until the bottom of the seventh. Foothill improved to 4-1. Alhambra fell to 11-4. Malorie Hill had the only hit for Alhambra, which drove in the team’s only run.