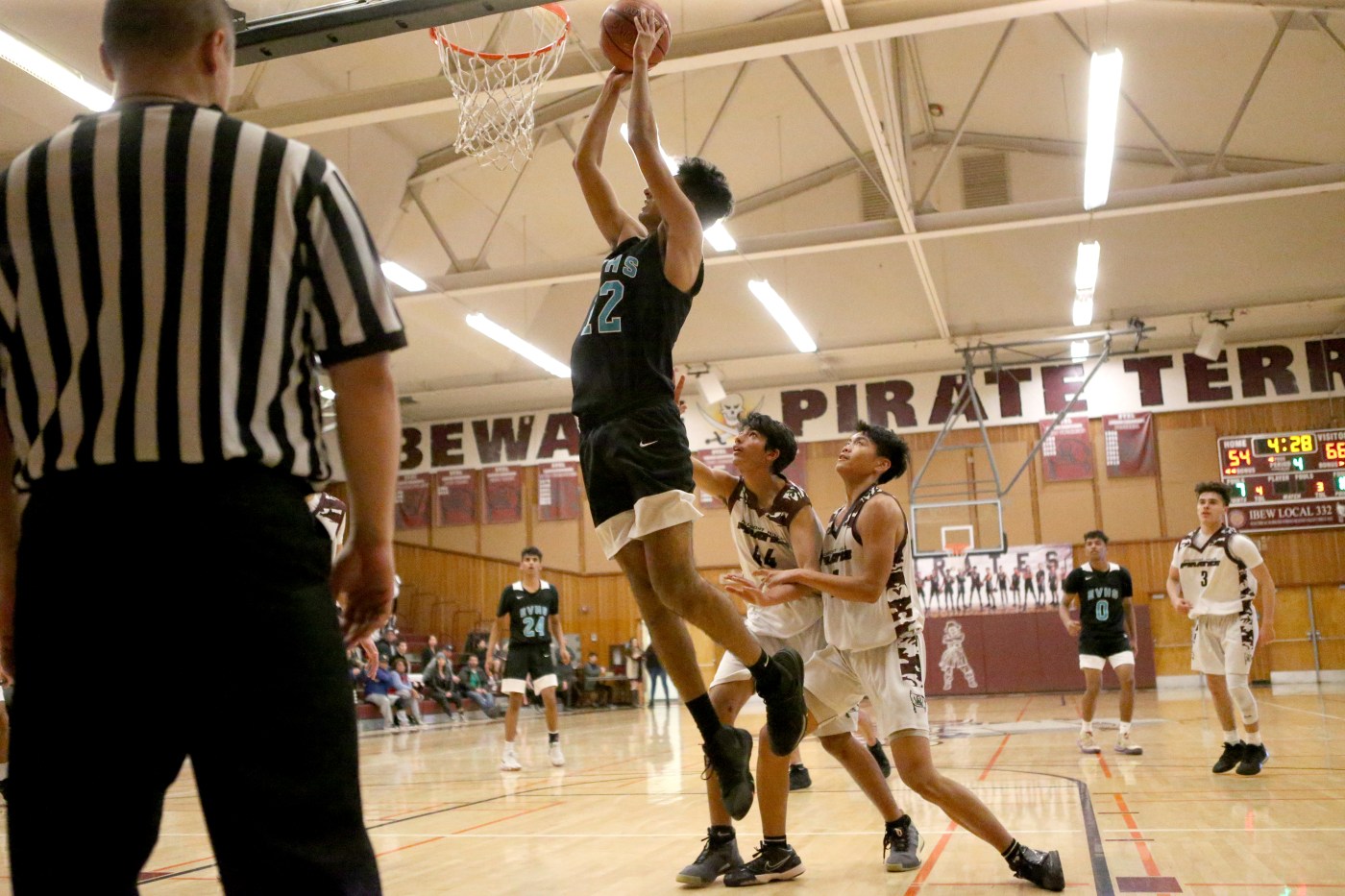 The 5-foot-8 senior scored 14 points in that frame, helping the Cougars enlarge a three-point halftime advantage to a 20-point advantage seven minutes into the third quarter. Evergreen Valley led by at least eight points the rest of the way, securing a tie atop the Blossom Valley Athletic League Mt. Hamilton Division with the Pirates with one game remaining.

“He loves the corner three’s,” said Evergreen Valley coach Arjun Ashokkumar about Suyeishi. “He’s a great fourth-leading scorer. When the defense keys in on the other three guys, he’s left wide-open in the corner and our guys find him and he knocks them down.”

Suyeishi, who finished with a team-high 20 points, had a trio of three-pointers in the third period and was fouled on two other three-point attempts. He sank five of his six free-throws on those fouls.

“A little bit into the third quarter, I started to lose focus of all the crowd, everyone in the crowd, and only started to focus on the game. That’s when my shots started to fall,” Suyeishi said.

The Cougars had four players score in double figures: Suyeishi, Radhir Chenna (17 points), Jay Lad (16 points) and Arvin Randhawa (14 points). And that’s not including Rohan Bindu, who had been averaging 15 points a game but was limited to six Friday night, however an important four points in the last 90 seconds of the game. Randhawa also grabbed a game-high nine rebounds, and Chenna added six rebounds.

After finishing 4-10 in Mt. Hamilton Division play last season (14-12 overall), Evergreen Valley improved to 19-3 overall and 11-2 in the Mt. Hamilton with Friday’s win. The Cougars host Santa Teresa (18-5, 10-3) on Tuesday in their regular-season finale.

“I’ve got a special group of guys, special group of seniors, they’ve been with me for three years now,” said Ashokkumar, the first-year head coach of the Cougars who was an Evergreen Valley assistant for two seasons before this one. “One thing that really kept us together today was our composure.”

Sportsmanship that must …read more