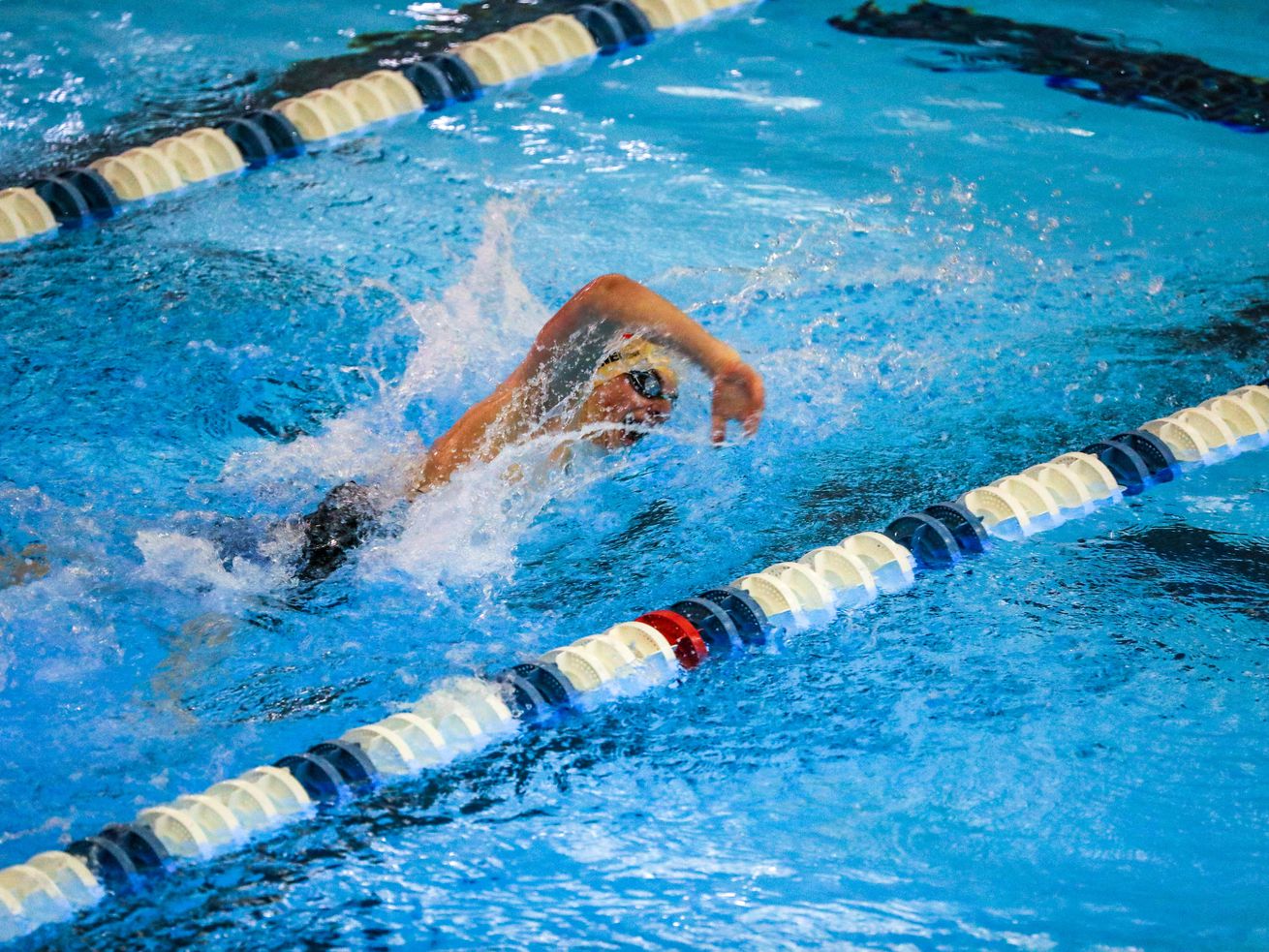 Judge’s Buddy Yanelli swims his way to a win in heat 2 of the 200 yard IM at the 3A men’s swimming state meet at the South Davis Recreation Center in Bountiful on Saturday, Feb. 13, 2021. | Annie Barker, Deseret News

A year after missing out on the 3A boys swimming title by one measly point and ending a 15-year state title drought, this time Judge Memorial’s young swimming team didn’t leave everything up to chance heading into Saturday’s meet finale.

Judge flashed its talent and depth throughout the 3A state meet on Saturday at the South Davis Rec Center in Bountiful, racking up 314 team points to easily distance itself from runner-up Union, which finished with 257 points.

A year ago it was Union that edged Judge by one point.

“I know for myself I was pretty nervous coming in. Those Union guys, they’re awesome, they’re so nice, positive and they’re amazing swimmers,” said Judge junior Buddy Yanelli.

The state championship was Judge’s first since the program 3-peated from 2003 to 2005. Getting the program back to 3A prominence has certainly been a process, according to coach Sage Maaranen.

“For the last six years our team has been on the build, it’s been definitely been a long game to get here,” said Maaranen. “Our team has always been more about team and the process over individual results, and as such we’ve built this amazing team culture that kids at the school want to be a part of and our team has just grown year after year as a result of that.”

Kiszla: How did CU Buffs celebrate biggest “W” in this season of the Rona? By giving imaginary high-fives to fans unable to attend victory against USC.

Judge’s fab four, which includes a freshman, sophomore, junior and senior were the difference on Saturday.

Of the 11 events including relays, Judge won seven of them.

“They fought really hard for it today. We knew it was going to be close,” said Maaranen.

As Judge’s coach raved about her athletes after the meet, she said what stands out about them is they’re confident, without being cocky.

That’s the case for Morton, who was named the 3A swimmer of the year after the meet.

“He is really passionate about his sport but he has a really good eye for the long game, and he doesn’t put too much weight on any one individual thing. He’s in it for the long haul. And he’s really willing to share his gifts with his teammates and help them out and coach them in ways he can see. Makes him a really great teammate and an asset for everyone,” said Maaranen.

Morton swam the first leg in Judge’s meet-ending 400 freestyle relay team, and he flew through the pool with a sub 50-second split.

More great swims are in his future, and numerous other Judge swimmers as well for the young squad that may have a 3-peat …read more

BYU’s Conner Mantz is one of the best distance runners in the world. Here is how he does it