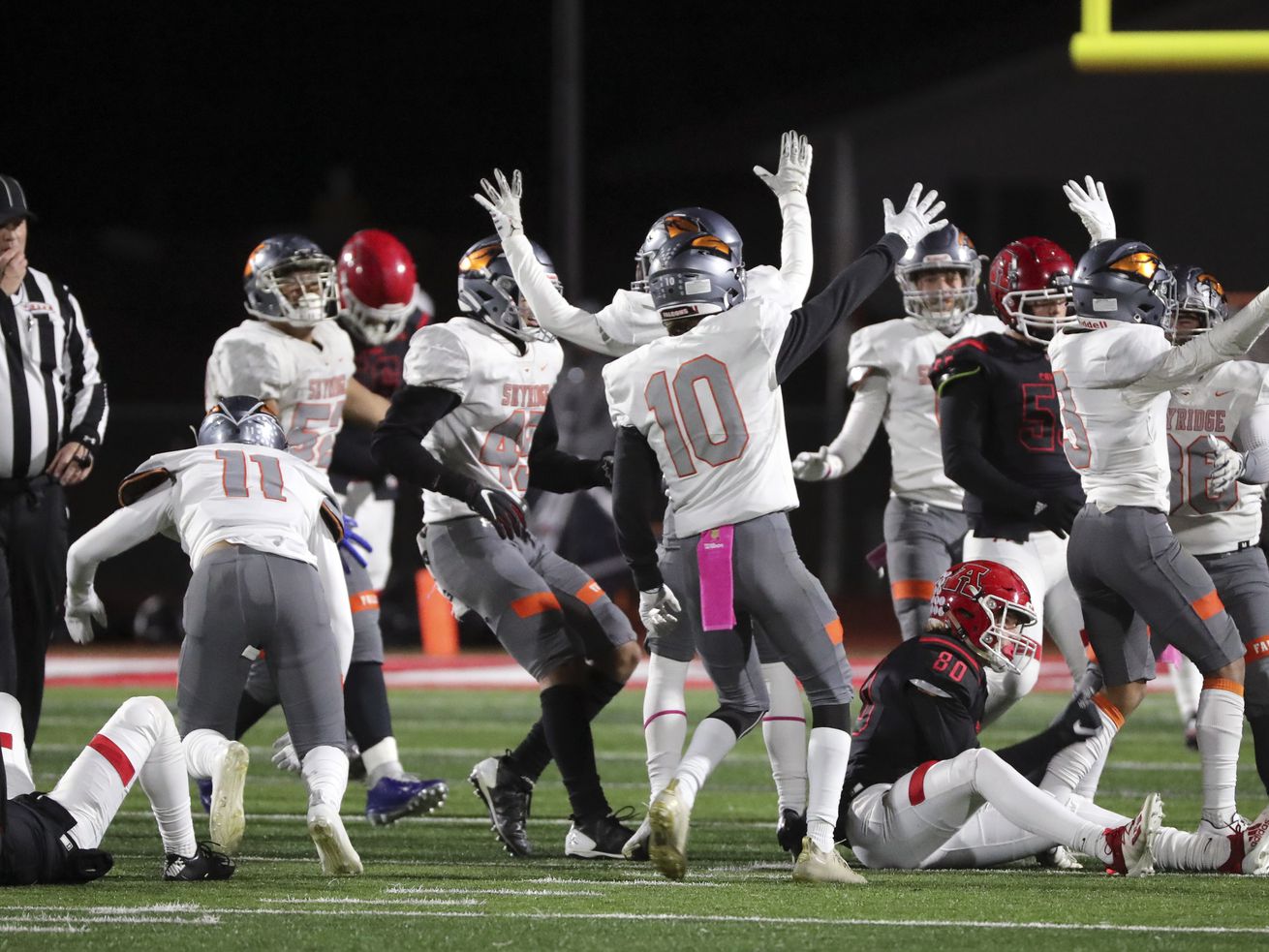 Here’s a complete roundup of Wednesday’s Week 10 high school football action from around the state.

Weber finished their quest for a perfect region record with their win over the Silverwolves. The Warriors took a minute to get going, trailing 17-0 early. Cannon DeVries scored two touchdowns and Aidan Carter tossed for a pair as well. The big momentum play came late in the third quarter when Konrad Kerr returned a blocked kick for a score that gave Weber their first lead of the game.

“We had a great team win tonight. It’s always a good game against Fremont. They are well coached and always prepared. I’m proud of how are guys responded to some adversity early and battled back. It was a great team effort in all three phases of the game. Aisea Moa had his best game and Cannon DeVries made some huge individual plays that really sparked our team. Konrad Kerr had the huge blocked punt and recovered it in the end zone. That really changed the momentum of the game. I’m so proud of all our kids. The battle til the very end. This was a great win for our program and hopefully we can keep the momentum going into the state tournament.”

Davis rallied past Clearfield in the fourth quarter to finish the Region 1 season with a 3-3 record and in a third-place tie with Layton.

Kenyon Brown scored two touchdowns in the second quarter to give the Phoenix a 17-7 halftime lead. Brown would score for a third time halfway through the final period to put a staple on the game and give Farmington the victory.

“Region 1, to me, is a powerhouse. It really could’ve turned into anybody’s region. There were outrageously close games throughout the year — we were in a ton of them — and a play or two here or there and we easily could’ve ended up finishing in the fifth spot. Super happy where we finished though we would’ve liked that No. 1 spot.”

After trailing 20-7 entering the fourth quarter, the Panthers were able to score three touchdowns late in the game to flip the score to a 28-20 victory. Bronson Saena scored the first two on long touchdowns before Viliata Tua’one added an insurance score in the final two minutes.

Parker Kingston scored three touchdowns in the first six minutes of the game and then never looked back as the Royals nearly shutout the Warriors. Kingston would finish with five scores while Ethan Ecker had two, one through the air and one on the ground.

After falling behind 8-0 early …read more