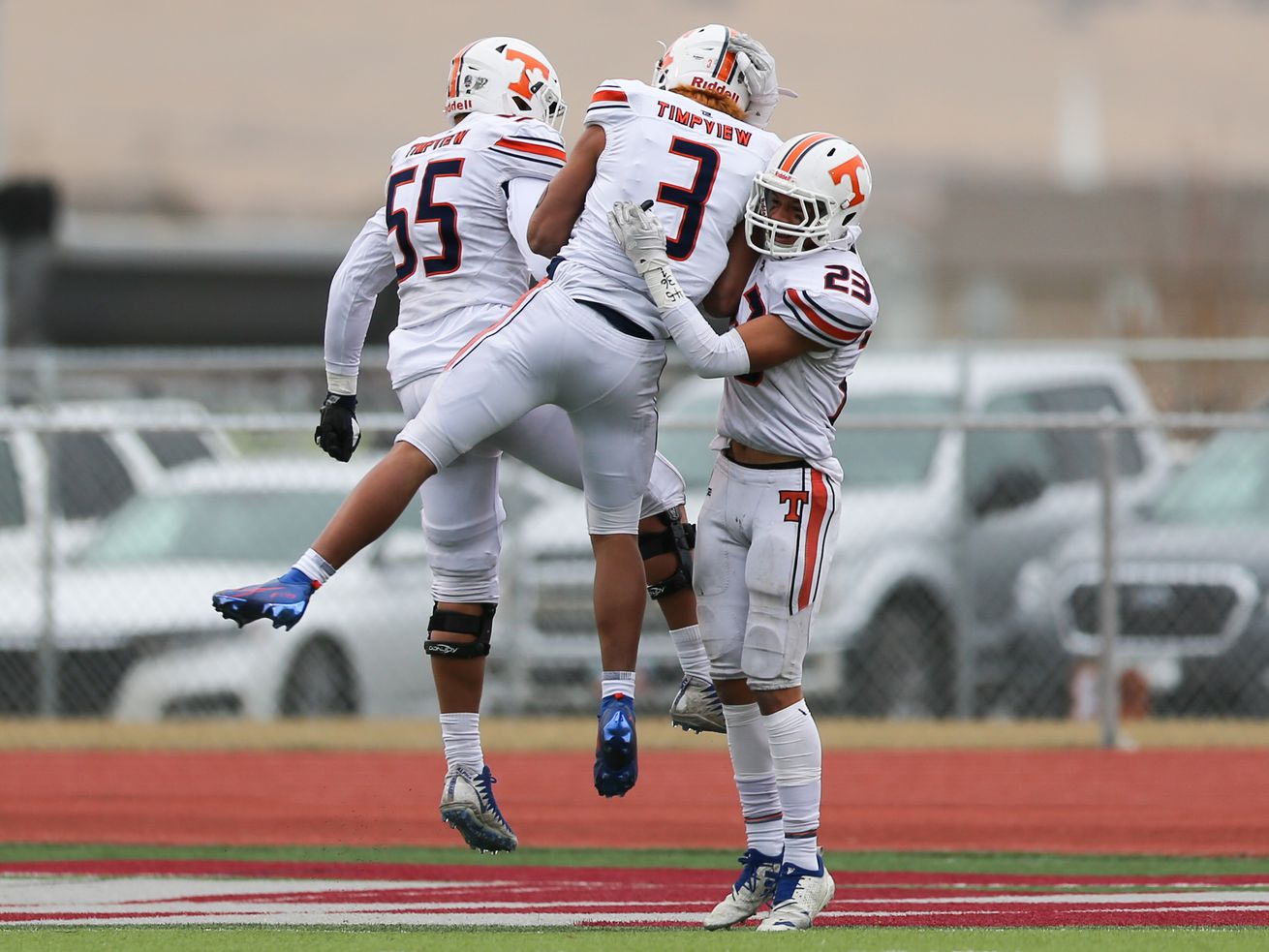 Targhee Lambson led the way offensively with 197 yards and two scores on the ground, with Raider Damuni scoring a defensive TD.

All year, the personnel has been there for Timpview to be one of the top defenses in the state, and in Friday afternoon’s 5A semifinals, everything came together to showcase that ability.

It limited Salem Hills’ typically strong offense to a paltry 105 yards and just six first downs in a surprisingly easy 37-0 victory at Cedar Valley High School to advance to next week’s state championship.

It was Timpview’s first shutout of the season.

“Every year that’s obviously our goal as a team at Timpview, we want to be and expect ourselves to be in the state championship, but this year’s been different obviously. Every week that we get to play another week is another blessing to my own family, to these guys. We’re just grateful to be here,” said Timpview coach Andy Stokes.

Timpview will meet the winner of the Orem-Maple Mountain semifinal on Friday in the 5A championship, with the site and time still to be determined.

“We said last year we’d be back and here we are. We’ve been working hard. This has been the goal the whole year and we want to finish it out right,” said Timpview running back Targhee Lambson.

“There are good people in the world.” How Wyoming’s Black 14 mended fences with LDS church and brought Thanksgiving dinners to Denver

Lambson had another big day at the office, going over 100 yards for the fourth straight game, finishing with 197 yards and two touchdowns on 32 carries.

“We just really wanted to run power. We thought we could take them up front,” said Lambson.

Timpview most definitely did that, racking up 212 total yards on the ground to just 28 for Salem Hills.

While Lambson and Timpview’s offense helped keep things rolling most of the game, it was the defense that got things started.

On Salem Hills’ opening drive, Timpview star safety Raider Damuni stripped the ball from a receiver as he fell to the ground, scooping up the fumble and racing 41 yards for the touchdown and 7-0 lead.

Added Stokes, “Any time you get a defensive touchdown, it’s a game changer. That’s a 14-point swing cause you’re supposed to score on offense.”

Timpview doubled the lead early in the second quarter, benefitting from a huge miscue from Salem Hills’ special teams. On a punt into the wind, the long snapper hiked the ball over the punter’s head, who instinctively raced back and jumped on the ball at the 2-yard line.

It set up Timpview with the best field position imaginable, and one play later, Lambson powered into the end zone for the 14-0 lead.