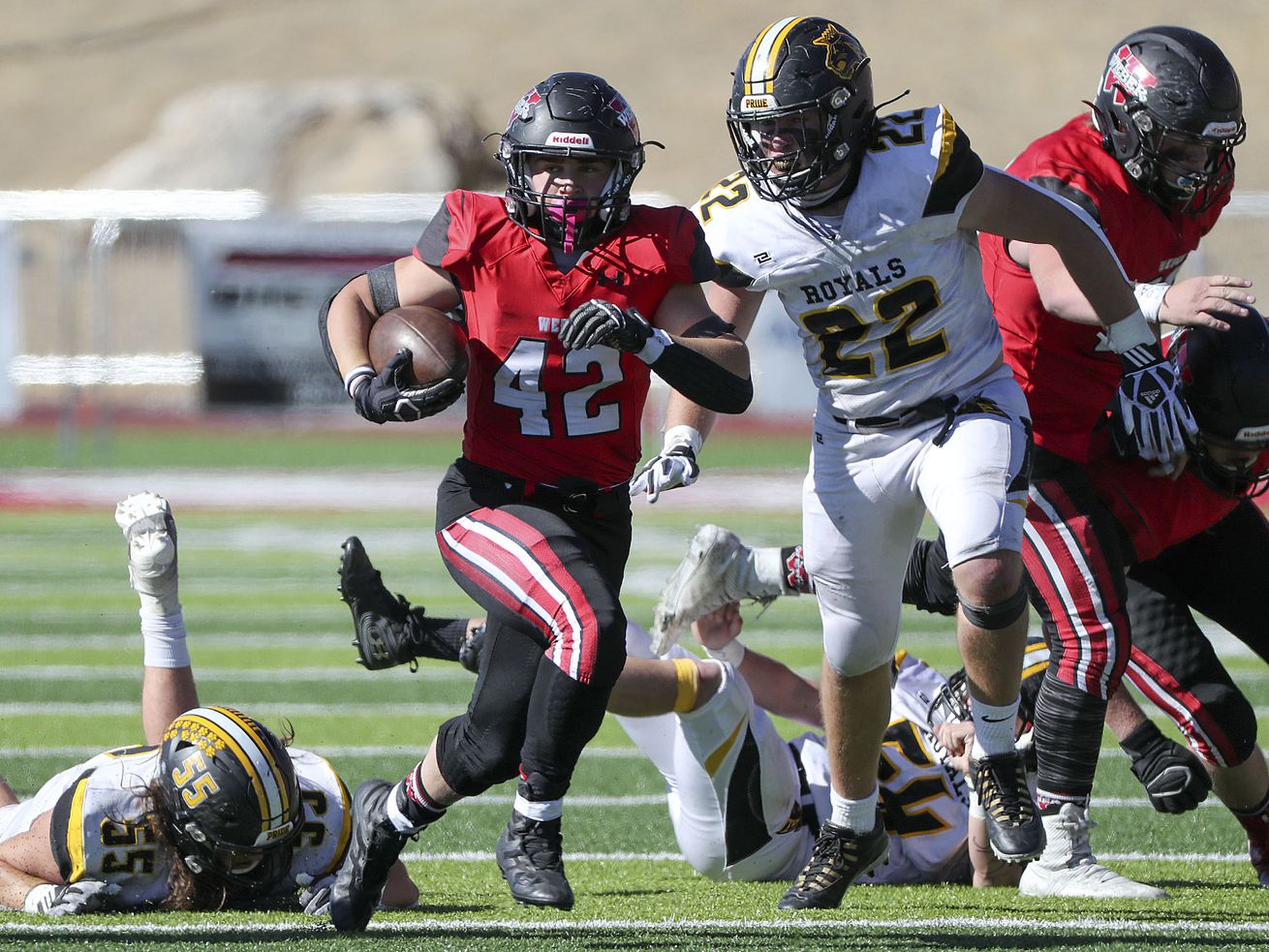 NORTH OGDEN — For Weber, the extra wait was definitely worth it.

Weber dominated Roy in the Region 1 makeup showdown Friday afternoon, cruising to the 35-8 victory to hand Roy its first loss of the season as the teams each earn a share of the region title with 6-1 records.

The game was originally scheduled for last week but was suspended a week because of COVID-19 concerns at Roy.

So while Roy quarantined and couldn’t practice, Weber got an extra week to prepare for the massive game. The disparity was obvious once the game started with Weber executing at a much higher level from the opening whistle, keeping Roy off the scoreboard until late in the fourth quarter as the game ended with the mercy rule running clock.

For Weber, the region title was its third in the past four years, previously winning in 2017 and 2018.

“It’s not too long (ago) when people mentioned Weber High and it was the doormat to the region, where everyone anticipated that being a W. Coach (Matt) Hammer did a great job changing the culture and it’s just keep adding to it,” said Weber head coach Jayson Anderson.

Jake Lindsay led the way for Weber, passing for two touchdowns and rushing for another.

Both teams will now wait until the final RPI rankings are released Saturday morning to learn their playoff fate, and Anderson believes his team will likely get a 6A first-round bye after the win.

How to watch the 2020 World Series without a cable subscription

“I’m excited for our program, I think this is a good step obviously in the right direction, and we’re just going to keep getting better,” said Anderson.

Weber ended the season with strong wins over Fremont, Davis and Roy after a strange loss to Layton in week 6 put its region title hopes in jeopardy. A big key on Friday was stopping Roy’s very strong rushing attack.

“We talked all week that we have to stop the run, and I feel like we stopped the run and gave us a great chance obviously to win the game,” said Anderson.

Weber never trailed after taking the opening kickoff and driving 70 yards in nearly six minutes with Spencer Hall capping the drive with an 18-yard TD catch on third down from Lindsay.

It extended the lead to 14-0 early in the second quarter on a huge momentum swing.

After Roy fumbled three plays into its opening drive, the Royals moved the ball much more efficiently during their second drive by marching down field in 10 plays, but ultimately were forced to settle for a field goal try.

Weber blocked the attempt, with Cannon DeVries scooping it and racing 65 yards into the end zone for the 14-0 lead.