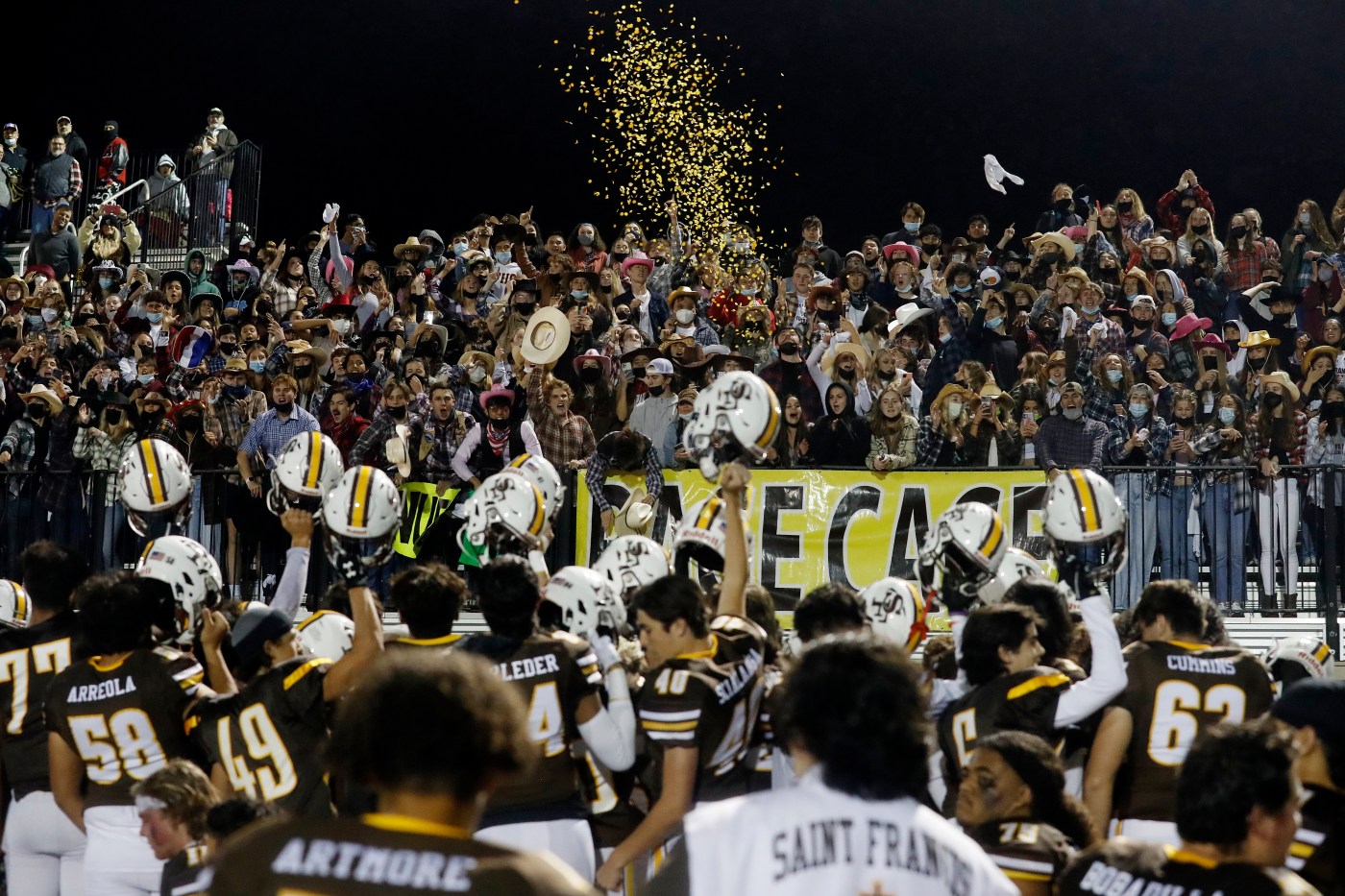 No. 2 Serra (10-1) vs. No. 1 St. Francis (11-0) in Division I final, Friday at Westmont HS, 7 p.m.: Second matchup this month between the section’s top two teams. St. Francis won the first game in dominant fashion, with Viliami “Juju” Teu rushing for a school-record 344 yards and two touchdowns in 45 carries to lead the way as the Lancers avenged a 49-7 loss at Serra in the spring. The 44-21 victory at Serra on Nov. 6 clinched the West Catholic Athletic League championship for St. Francis. A victory Friday would pad the school’s record of CCS football titles to 17. St. Francis is 15-12-1 in CCS finals, a resume that includes excruciating losses in their past three appearances, to Oak Grove in 2015, Serra in 2017 and Valley Christian in 2018. (The Lancers shared a title with Los Gatos in 2002 when the teams tied 21-21). Serra is 6-0 in CCS finals, including 5-0 under longtime coach Patrick Walsh. This will mark the fourth time since 2016 that the teams have played twice in the same season. The previous three times, the winner of the first game won the rematch. Calpreps.com’s computer predicts that trend to continue. It says St. Francis wins on Friday, 34-24. — Darren Sabedra

No. 4 Menlo School (12-0) vs. No. 3 Wilcox (8-4) in Division II final, Saturday at Westmont HS, 7 p.m.: One of the weekend’s most intriguing matchups, with Wilcox and its veer option offense — a staple of the Santa Clara school’s program for many years — facing undefeated Menlo School and its record-setting passer, senior Sergio Beltran. Wilcox tested itself against some of the Bay Area’s top teams early in the season and took some losses against the likes of Pittsburg and Valley Christian. But the Chargers have been rolling since losing a league game to Los Gatos on Sept. 24, winning seven in a row. They advanced last weekend when Andrew Palacios scored on a 74-yard run in the fourth quarter against St. Ignatius. Luther K. Glenn and Palacios each ran for more than 100 yards in the 20-13 semifinal victory. In Menlo’s 45-35 win last weekend over top-seeded San Benito, Beltran was 35 of 43 for 368 yards and three touchdowns and also ran for three TDs. He set a CCS regular-season record with 44 touchdown passes. He has thrown seven more in the playoffs to break the section’s season record. Menlo is 0-4 in CCS finals. Wilcox is 2-8 in section title games, including five losses in a row. Calpreps.com’s computer predicts Menlo to win 31-30. — Darren Sabedra

No. 4 Christopher (7-5) vs. No. 3 Sacred Heart Cathedral (5-7) in Division III final, Saturday at Sequoia HS, 7 p.m.: Sacred Heart Cathedral started the season 0-5. Since then, the San Francisco school has won five of seven, including victories over Bellarmine and St. Ignatius during West Catholic …read more