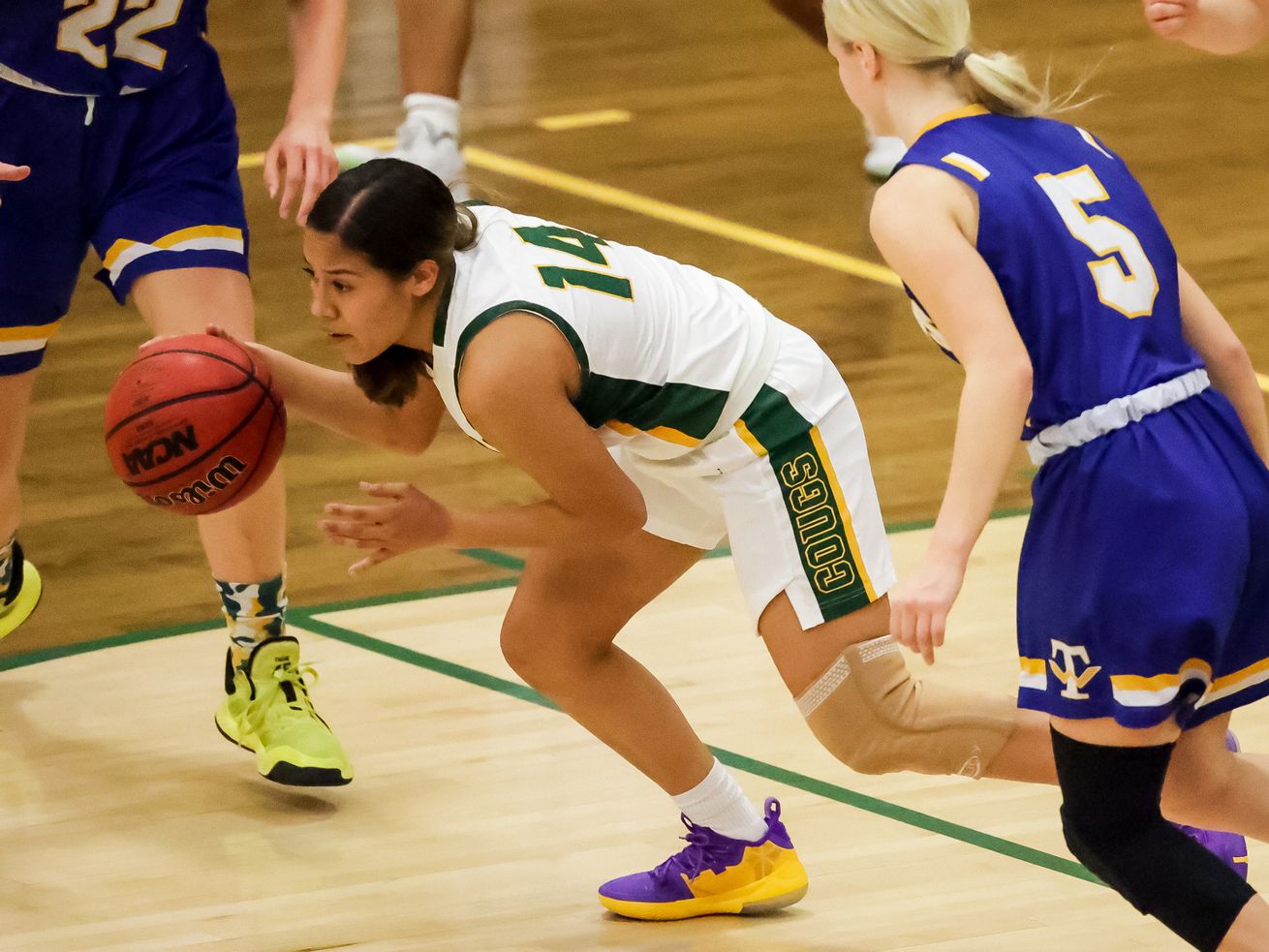 Morganne McCleary led four different Silverwolves in double figures with 17 points while knocking down five three-pointers as Riverton took care of business as the highest seeded team to not earn a bye. Abigail McDougal, Annabelle Christensen and Zariah Jenkins also contributed 10 or more points while Miranda Mansfield led all scorers with 20 points for the Falcons. Riverton will travel to Westlake on Thursday in a second round matchup. It will be the first time the Silverwolves and Thunder matchup since they were in the same region back in 2017.

Northridge edged Hunter in the first round of the state tournament, earning the right to play at top seeded Herriman. The Knights were led by Kaylee Hess’ four 3-pointers and Madison Hosino, who also scored a dozen points. The other key to the game was the terrific defense played by Northridge, who allowed just 13 points in the opening half.

The Beetdiggers got off to a quick start and cruised to the victory over Granger in the first round of the 6A playoffs. Fui Niumeitolu led a group of 10 scorers with 14 points, and KarLei Monson and Ashlie Sperry also reached double-digits, scoring 11 and 10 points, respectively, to help lift Jordan to the win. In the loss, Ruby Vaitu’u racked up 21 points to lead all scorers for Granger.

Layton was able to take down the Warriors for the third time this season in another close game. Neither team was able to gain control of the lead, but in the end the Lancers did enough to hold off an 18-point fourth quarter from Weber. Kamryn Moore had herself a monster game, finishing with 20 points (three 3-pointers), five boards and five dimes in the victory. Layton will play at Lone Peak in the second round of the playoffs.

Corner Canyon played well on both sides of the ball for all 32 minutes as five different Chargers scored at least seven points while the defense only gave up 28 points the entire game. Corner Canyon will move on to take a Syracuse team that has been on fire since the start of region play.

Kearns jumped out to a 25-7 lead and never looked back as they dominated their way to a victory in the first round of the state tournament. Emily Olague and Amaya Afatasi each scored 15 points and combined to hit four 3-pointers in the win. Kearns will now take on Fremont, who is the last remaining undefeated team in the state.

Roy pulled off the minor upset in the swing game by topping 14th-ranked Copper Hills. The Royals did it with an offensive explosion that lasted four quarters. They scored 30 points …read more