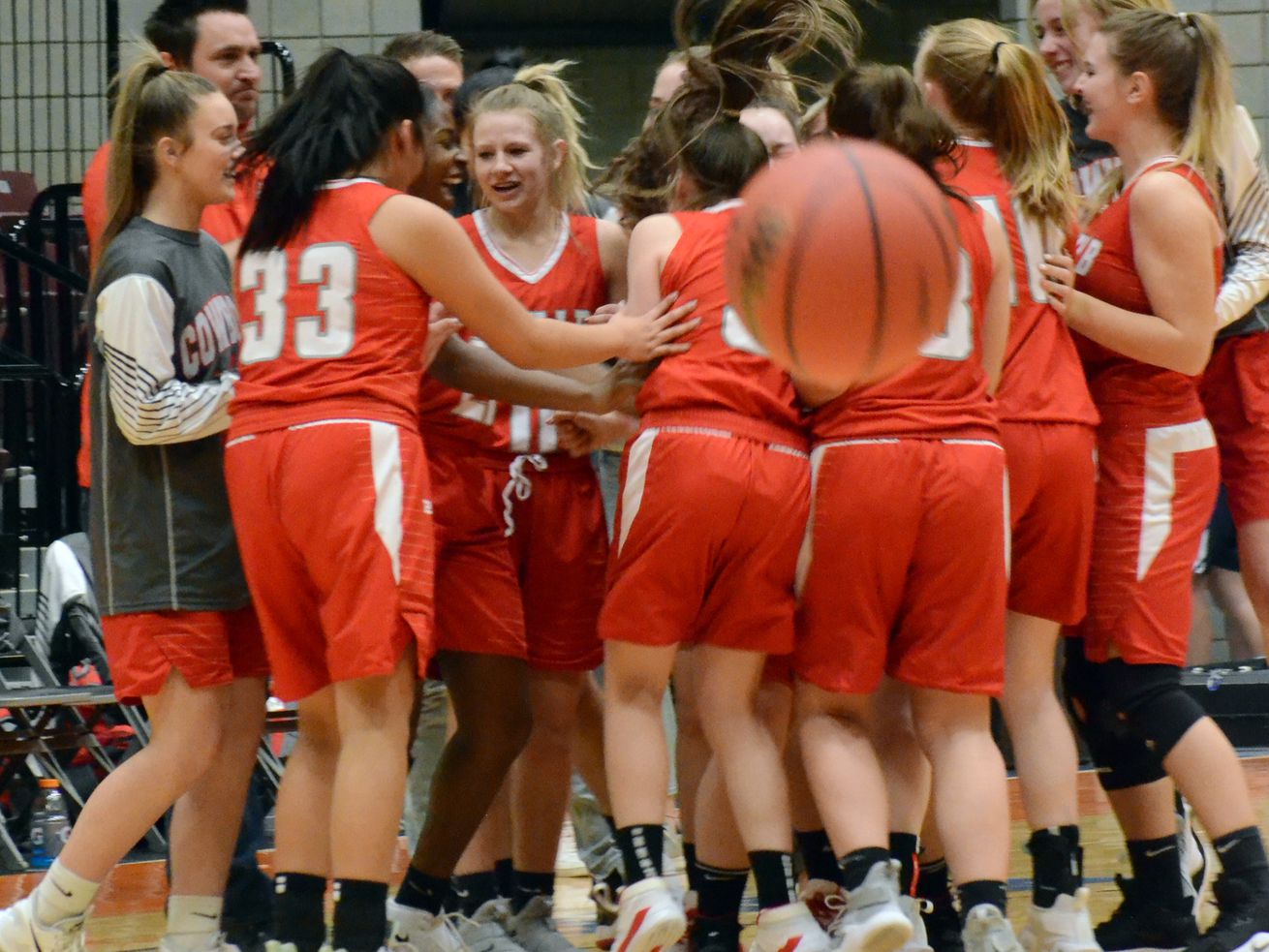 When the season started, the Kanab High School girls’ basketball team was expecting it to be a building year.

However, their 50-45 semifinal win over Layton Christensen Academy Tuesday proved the Cowgirls are in the 2A tournament to win.

“We had a freshman, Anna Cutler, hit a big shot,” said coach Klint Glover. “We’ve asked a lot of her this year.”

The big shot was a 3-pointer with 23 seconds to go that broke a 45-all tie. It capped Cutler’s 16-point effort in the game.

Layton Christian was able to drive down to their end of the court, where Kanab’s Grayce Glover snagged a rebound. She drew a foul, and then nailed both shots of a one-and-one turn at the foul line with three seconds on the clock.

It was enough to secure the win and put Kanab into the finals against North Summit.

Up until the half, it had been LCA controlling the game as the Lady Eagles had built up a 26-13 edge. Keza Seline led the way for LCA with 12 points.

“I told these girls coming in, this is going to be a building year,” coach Glover said. “They won their region and really bowed up and proved me wrong.”

For North Summit the semifinals were an opportunity to get some redemption from last year’s state championship game. The Lady Braves resisted a second half Millard rally to earn a 53-45 win Tuesday evening.

The last time the two teams shared the court it was for the 2020 state title — a game Millard won in a three-overtime slugfest.

“I’ve been waking up at night to that game for the past year,” said North Summit coach Jerre Holmes.

“All the girls know their role and that’s important,” Holmes said.

Hadley Richins went to the line with less than a minute to go to sink the final points of the game and put it out of reach for Millard.

“These girls are winners and they just never give up,” Holmes said. “I’ve been watching them do it for four years.”

“We know our season is one more game away,” Holmes said. “We’re not going to let down until we get past that last game.”

North Summit and Kanab face off at the Sevier Valley Center in Richfield for the state 2A title Wednesday, Feb. 24, at 4:30 p.m.