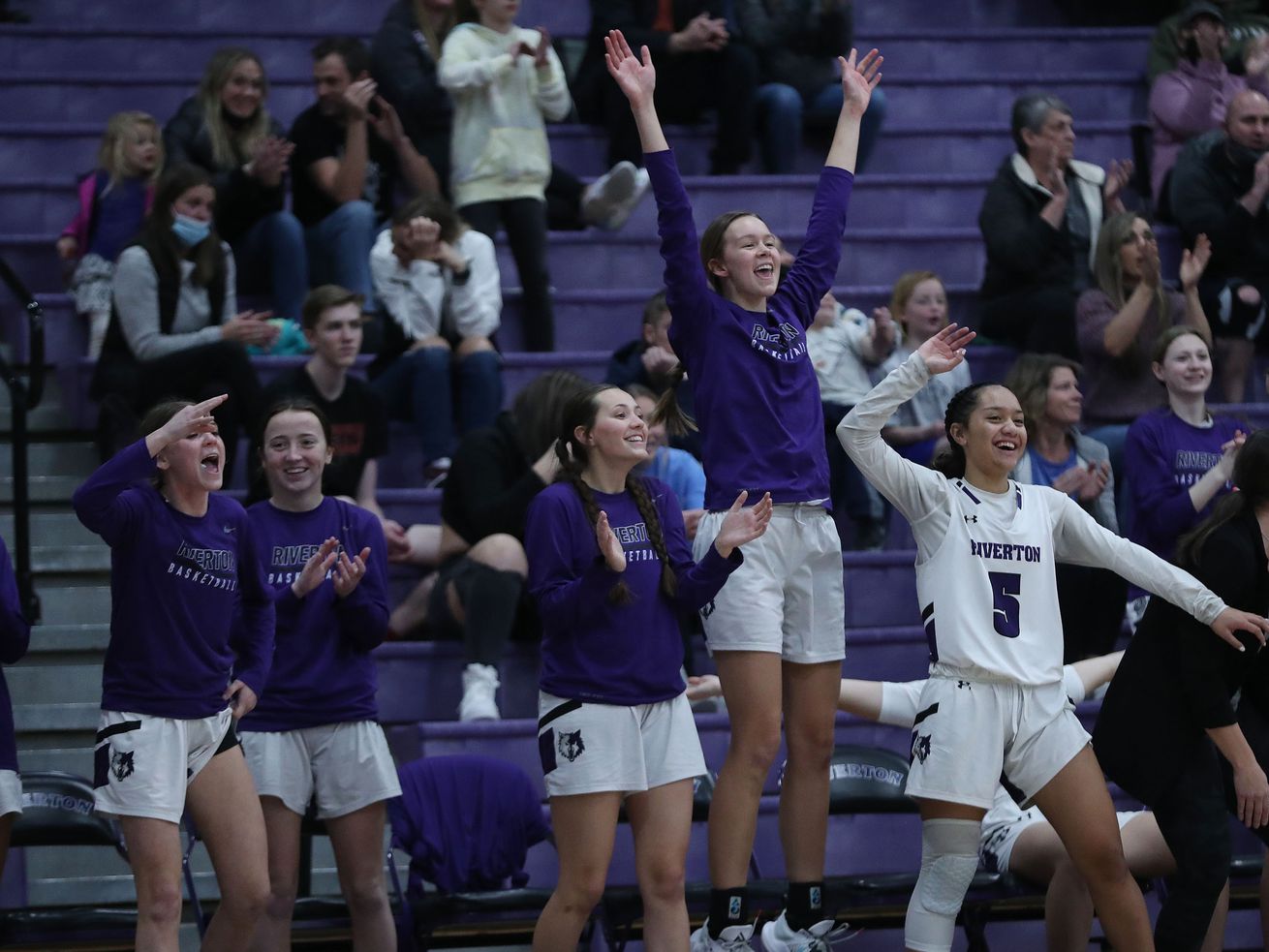 For Riverton’s senior class, getting a win over Bingham is something that they’ve craved for a long time.

The Silverwolves were 0-4 against the Miners since Bingham joined Region 3 back in 2019, being defeated by an average of nearly 19 points.

They needed overtime to do it, but the Silverwolves’ seniors finally picked up their first win over Bingham Thursday night by a final score of 61-55 — setting the tone for what will be a gritty race for the Region 3 crown.

Riverton head coach Jodi Lee and her staff were greeted with a celebratory water shower when they joined their players in the locker room shortly after the win.

Fueled by their desire to break the streak, Riverton — which typically plays at a blistering pace — never slowed down and even appeared to pick up the pace in the four minute overtime period. The Silverwolves scored the first seven points of the overtime period and didn’t allow a Bingham point until there was less than 40 seconds remaining.

Riverton ended up outscoring the Miners 10-4 in overtime.

Lee said that it was her senior leadership that made the difference in the overtime period.

“They were so composed, I didn’t even feel like I needed to say anything to them,” Lee said. “I was even stressed, thinking about how we were going to get through it, but they were just composed.”

Riverton senior Abigail McDougal, who scored four of her game-high 22 points in overtime, said that the win was a statement-win for her and her teammates.

“We wanted to make a statement about our skill, and this was our year to do it (as seniors),” McDougal said. “I think this game just showed that we can be composed and that we have that skill. We just want to continue to work together to set that statement each game.”

On a night where it struggled to hit outside shots, Lee said that it was Riverton’s defense that played the biggest role in the victory. The Silverwolves forced more than 20 Bingham turnovers, many of which led directly to easier looks offensively.

Riverton also struggled to hit its free throws, shooting 41% at the stripe — leaving points off the board that would’ve been handy at the end of regulation.

But despite their struggles, the Silverwolves found their shooting touch at opportune moments.

Trailing midway through the fourth quarter, McDougal and fellow senior Belle Christensen hit back-to-back 3-pointers to give Riverton a one point lead that would end up being pivotal in the closing seconds of the game.

The teams traded baskets and free throws from that point on, forcing …read more