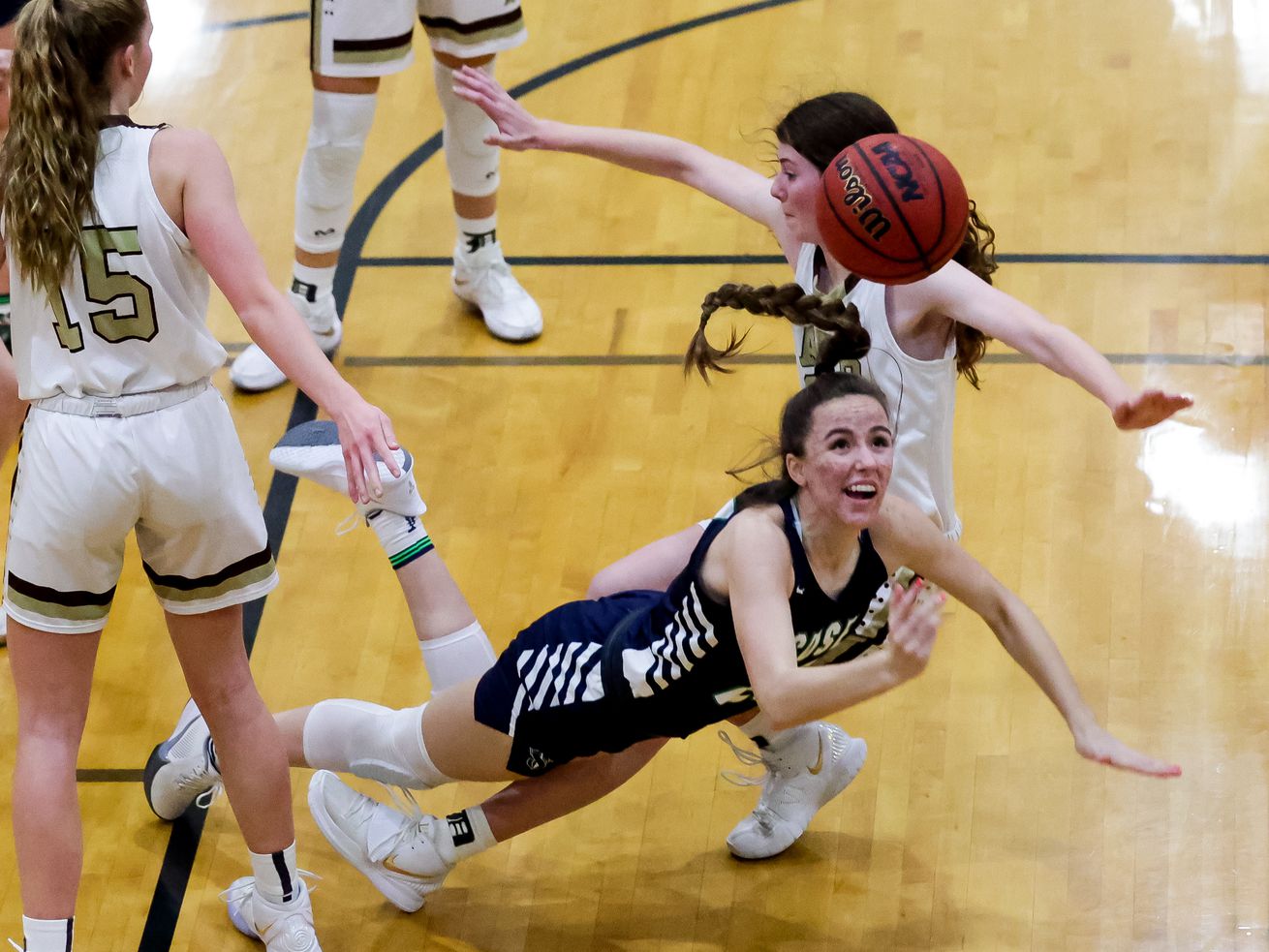 Coming into Tuesday’s Region 1 matchup, Syracuse and Davis found themselves on the opposite ends of the momentum spectrum. Davis had just suffered its worst loss in seven years, while Syracuse was coming off of a 42 point victory.

Some may argue, however, that these circumstances could be beneficial to Davis and threatening to Syracuse. The Darts could have a chip on their shoulder and look to bounce back in a big way, while the Titans could potentially be too comfortable with themselves after a dominating win.

“We’ve got a good team this year so we expect teams to bring their best when they play us. So we’ve got to stay locked in, keep our eyes forward and keep working.” — Syracuse coach Braden Hamblin

The Titans proved this narrative to be untrue, clinching a 50-32 win over Davis and improving to 3-0 in region play.

Syracuse head coach Braden Hamblin said he and his team knew that they needed to remain locked in as they traveled to Kaysville to play Davis.

“We knew it was going to be tough competition and that they were going to be hungry,” Hamblin said. “We preached staying locked in and we had a couple of really great practices that got us ready for this game.”

Science vs. high school football: When is it safe to start the season?

Through the first quarter, it looked as though the Titans would be on their way to yet another blowout victory as they jumped out to an early 12-0 lead over the Darts. But following Syracuse’s run, Davis made adjustments and responded by closing out the remainder of the half on a 21-10 scoring run of their own, bringing the margin to just one point at the end of the first half.

“For whatever reason, we got complacent and a little timid to be honest,” Hamblin said regarding the Titans’ rough stretch to end the half. “Our passes were getting stolen and tipped, we weren’t able to hit any shots, and it gave them all of the momentum.”

Hamblin also attributed the Titans’ struggles to Davis’ change from a man defense to a zone defense, which forced his team out of the paint — an area they dominated in the first quarter.

Syracuse went 0-6 from the 3-point line in the second quarter as it was swarmed by Davis’ resurgent defense. On the other end of the floor, the Darts excelled on the offensive glass, scoring multiple second chance points to erase their deficit.

Coming out of halftime, the Titans began to find their stride once again and began hitting their outside shots, allowing them to outscore Davis by 17 points in the second half. Syracuse’s Whitney Sorenson hit three 3-pointers while Baylee Sanders and Skylee Hopkins each hit two 3-pointers of their own.

Hamblin said he was particularly proud of …read more