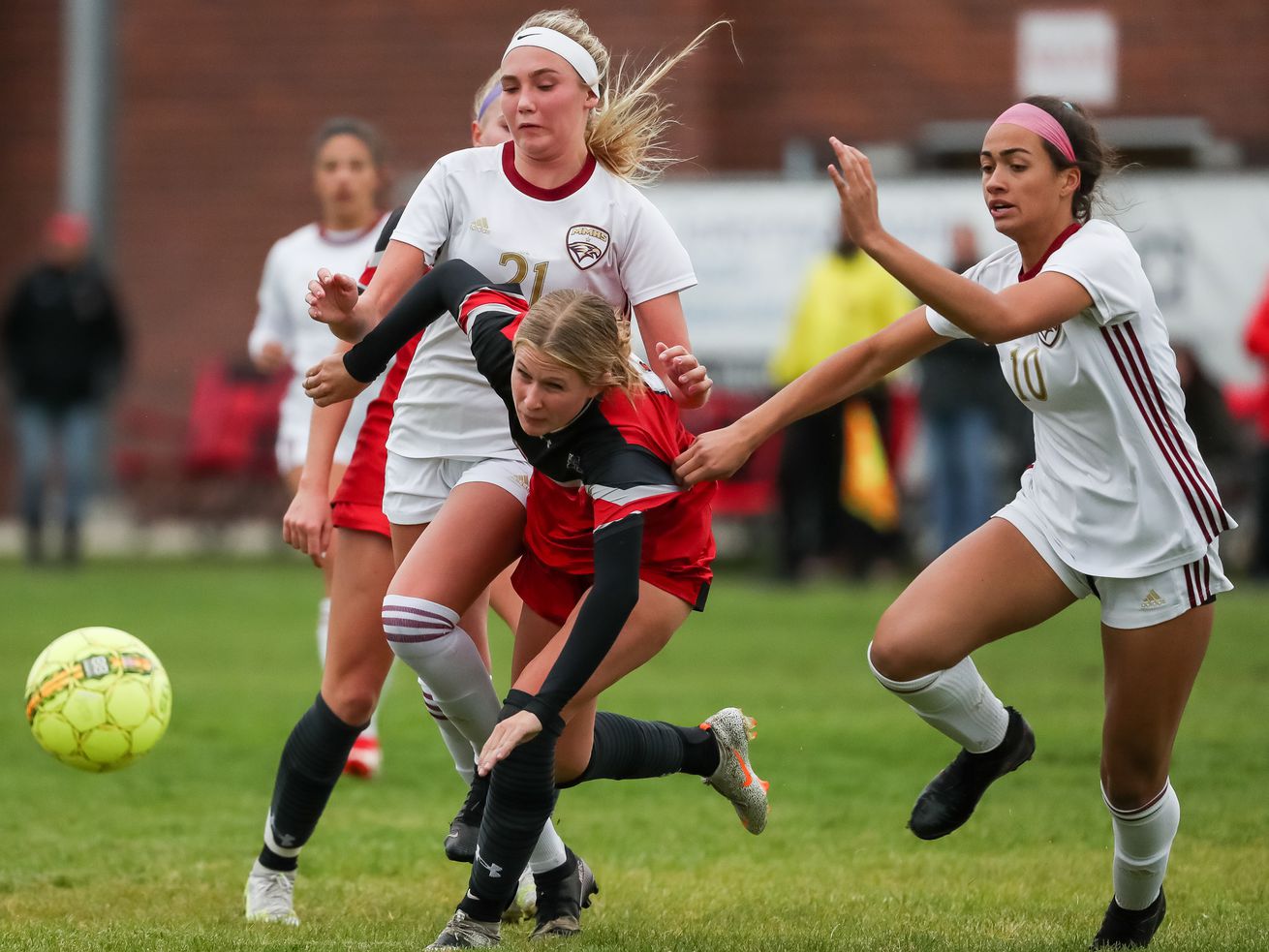 In the battle of the Silverwolves, Riverton emerged victorious in the second round of the 6A playoffs. Belle Christensen, Morganne McCleary, Mariana Regla and Megan Walker each scored a goal for Riverton, and Emmalee Christensen contributed two assists in the win.

Kalena Bellini scored a pair of goals and six other Skyridge players found the back of the net as well to lead the Falcons to the easy 6A second-round win over Kearns.

Erin Bailey scored a brace, including the golden goal PK in overtime, and Kristen Moss netted another goal as Layton edged Corner Canyon for the 6A second-round victory. Tess Wert scored both goals for the Chargers in the loss.

Saige Stewart scored for the visiting Sentinels in the first half and then assisted Cortnee Johnson’s game-winning goal in overtime as visiting Mountain Ridge upset Bingham.

Davis scored twice early and didn’t look back as they picked up a shutout win over the Thunder. Taygan Sill anchored the defense as the Darts clinched their spot in the quarterfinals.

Lacy Fox’s first half goal helped the Knights take down their region rival in their 6A second-round playoff matchup. Eva Chenn led the Lone Peak defense with the shutout.

Meet the 2021-22 Nuggets: A breakdown of the complete team roster

Indie Winterton scored early off an assist from Abby Adams as Pleasant Grove beat Farmington for the 6A second-round win. After the goal, Kam Willoughby was able to earn the shutout for the Vikings.

Ally Dahl and Savannah Jones each scored for the Pioneers, and Hayley Ogden preserved the shutout as Lehi defeated Woods Cross in the second round of the 5A playoffs.

Lily Boyden assisted Rozlin Gomez in the 15th minute to help the Eagles take an early lead, and they never looked back in beating rival Olympus for the 5A second-round win. Boyden would then go on to score a hat trick and lead Skyline to a quarterfinal appearance.

Sammi Sofonia poured in four goals as Murray jumped out to a 3-0 halftime lead at Stansbury and then made the cushion hold up in the second half for the win.

Lataya Brost notched a brace and had an assist to lead Timpanogos to the shutout victory over Viewmont for the 5A second-round win.

Alta’s Elyse Jessen and Maple Mountain’s Nixon Jackson found the back of the net in regulation for their respective teams, but after an hour of scoreless soccer the teams went …read more