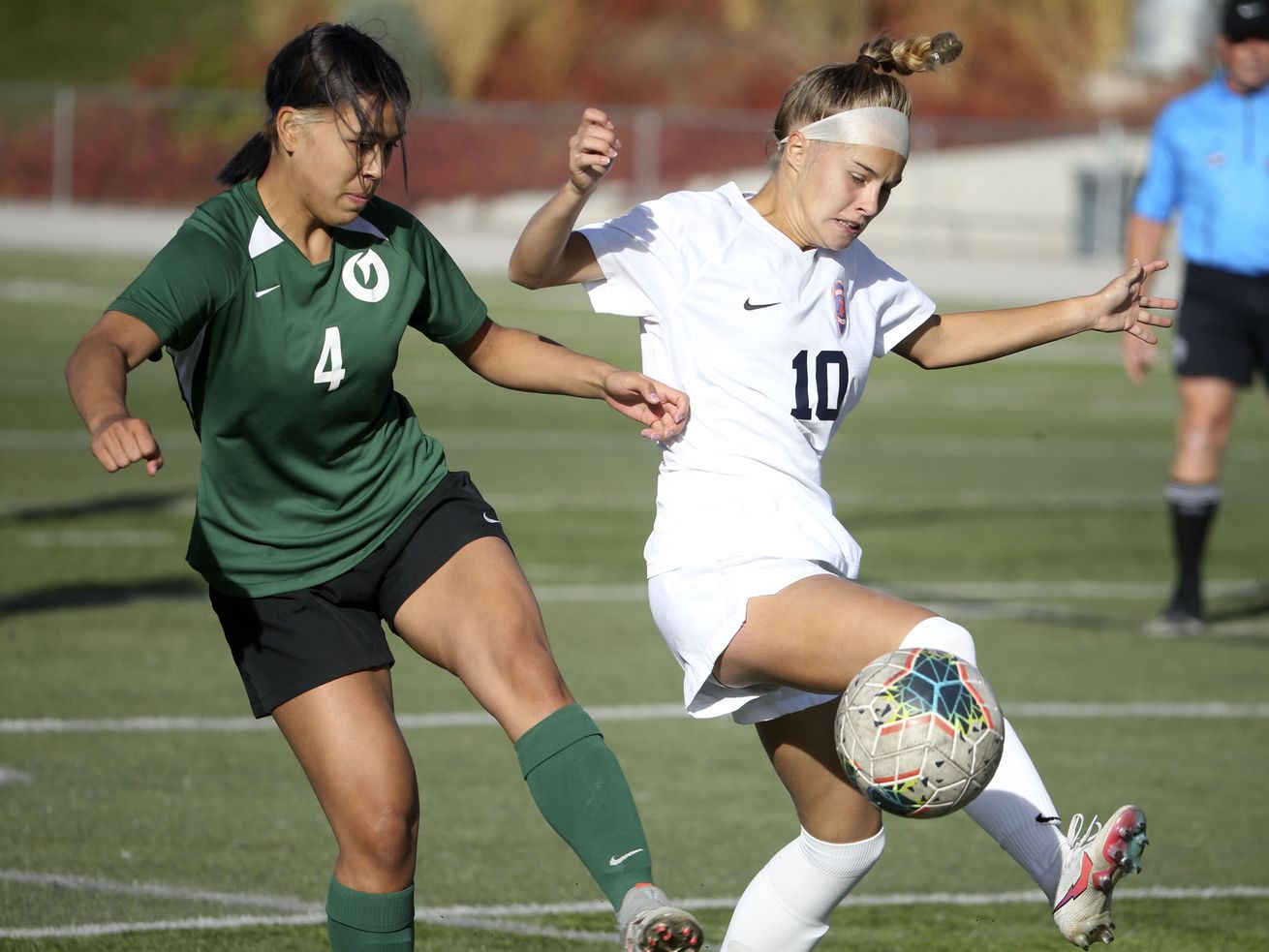 Janessa Johnson scored a pair of goals in the second half, while Josie Shepherd also scored as top seed American Fork broke open a tie game at the half to pull away from Corner Canyon for the 6A quarterfinal win. Ruby Hladek added a goal and assist for American Fork, while Hannah Holmstead added a pair of assists.

Payten Ivins and Brooklyn Robinson each scored first half goals as the Silver Wolves went on the road and took down the Knights.

No. 2 seed Davis marched into the 6A semifinals with another dominant defensive performance as Taygan Sill recorded another shutout. Alizabeth Arevalo, Grace Nicol and Paris Stout all scored for the Darts, who led 1-0 at the half.

After falling behind early on a goal by Layton’s Kaitlyn Richins, Pleasant Grove rallied to tie the game by halftime on a penalty kick by Hailey Warren and then Emily Garbett delivered the winning in the second half as the Vikings advanced to the 6A semifinals.

Karime Antonio scored an assist from Emily Thai in the second overtime as No. 9 seed Murray stunned top seed Viewmont for the win the 5A quarterfinals. Alexis Bates recorded the shutout for the Spartans.

Kelly Bullock’s first half goal proved to be the difference maker in the Titans win over Brighton in the 5A quarterfinals. Callie Droitsh kept the clean sheet on the other side of the field.

Should BYU use 2020 fire sale schedule model for future consideration?

Maddie Callahan scored the game-winning goal in the second half as the Lakers advanced to the 5A semifinals with the win over Timpanogos. The game was level 2-2 at the half, with Summer Diamond and Rylee Lopaz scoring the goals for Bonnevillle. Anna Cheney scored both goals for the T-Wolves.

Freshman Lily Hall scored in the 10th minute, and Skyline made the lone goal stand up as it secured its spot in the 5A semifinals next week at Rio Tinto Stadium. Brianna Frey recorded the shutout in goal for the Eagles.