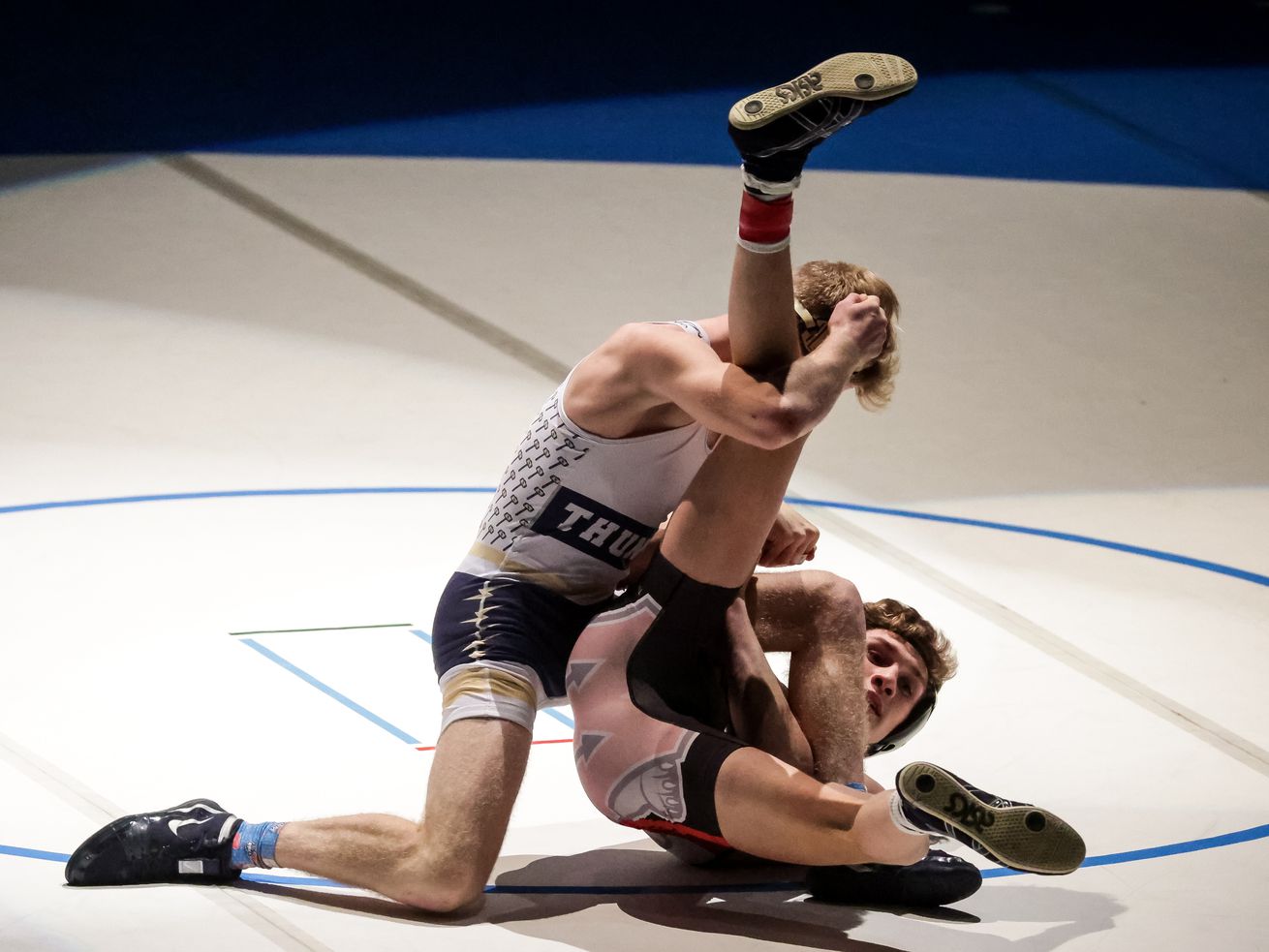 When Gov. Gary Herbert hit the two-week pause button on high school sports back around Thanksgiving, Herriman senior Talmage Carman was one of thousands of winter sports athletes across the state who had no idea what that meant for his upcoming season.

Two and half months later, Carman was one of 14 wrestlers who felt the ultimate euphoria of not only competing at the 6A state tournament at Corner Canyon High School on Friday night, but also claiming an individual state championship in the process.

He said win or lose, it was a night to be grateful for the opportunity.

“This year I think for every athlete, every wrestler, every person, it’s brought on a lot of challenges and brought on a lot of difficulties in all of our lives,” said Carman. “So I think the fact that ever wrestler here was able to drive through that and every wrestler here was able to still compete and work their hearts out and come away with the goal they wanted to achieve, no matter who it is, every wrestler deserves credit for what they went through this year and how they competed.”

Carman finished the season with a 33-2 record and a second straight state championship.

To no one’s surprise, the best team in 6A this season was once against Pleasant Grove. It placed 12 wrestlers in the top six and finished with three individual champs to finish with 278 points and a 10th state title in the past 11 years.

Layton finished second with 196 points, followed by Fremont in third with 148 points.

“It’s pretty amazing to be part of history like this,” said Pleasant Grove’s Alex Emmer, who beat teammate Koda DeAtley for the 138-pound title.

Pleasant Grove has now won 22 state titles in school history, just one behind Wasatch and Uintah for second place in state history.

Emmer wasn’t the only Viking wrestler to beat a teammate in the final, as Wyatt Dawe beat Kort Wilkinson in the 285-pound final.

Pleasant Grove’s other individual champ was Ted Johnson at 182 pounds.

The feature match of the night came at 132 pounds, with West’s Drew Lang beating Westlake’s Jacob Finlinson, 4-1, to deny him a fourth individual state champion.

Lang lost to Finlinson at the divisionals and state last year, but reversed it this year with wins in both tourneys.

“I’ve been chasing him the whole season. I’ve had a goal ever since I was younger to be a four-time state champion and last year he broke that goal, so this year I’ve been hunting him all year and I’ve been wanting that revenge. I …read more