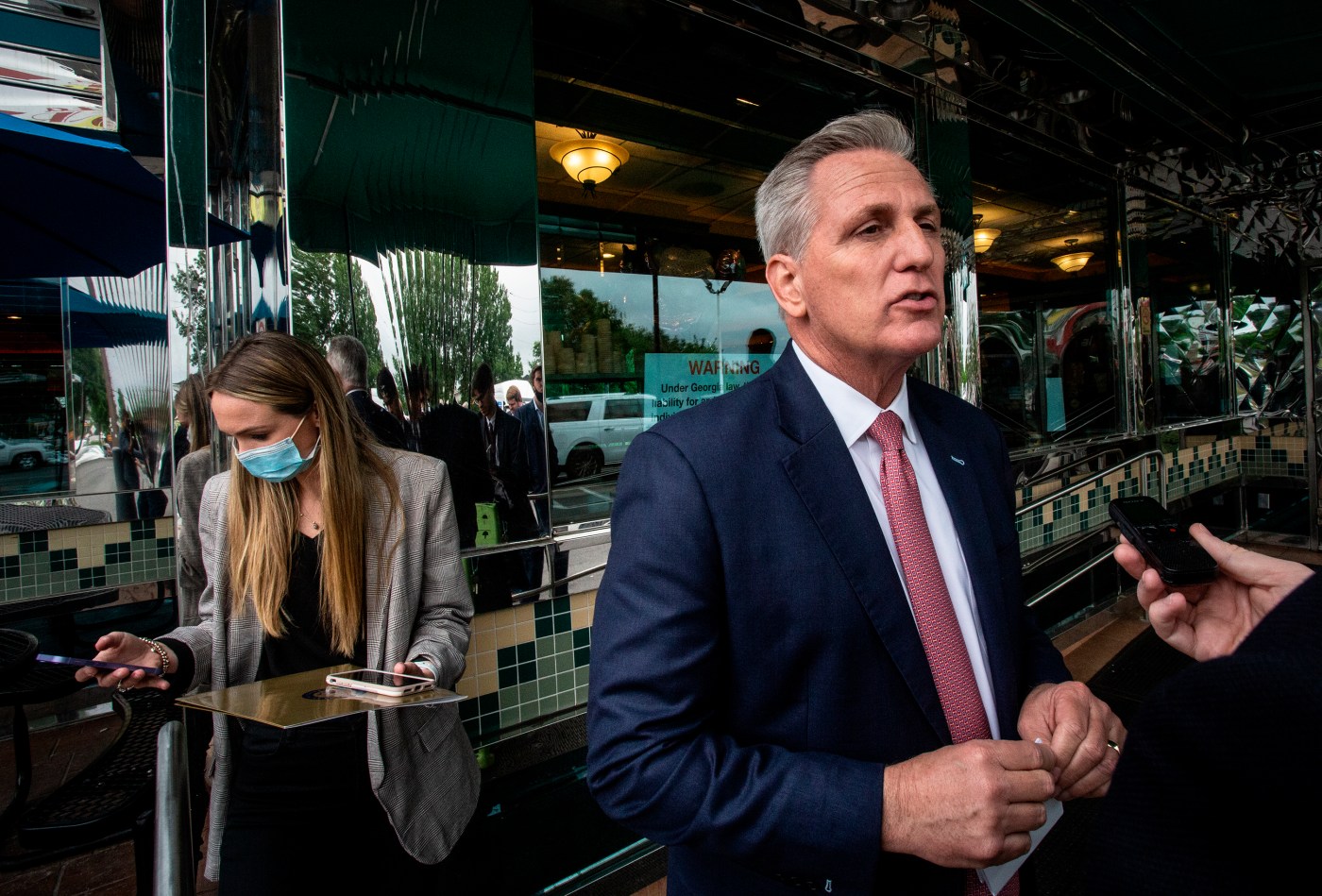 MARIETTA, Ga. — The top-ranking House Republican on Tuesday renewed his party’s attack on Major League Baseball for pulling the All-Star Game out of the Atlanta Braves stadium after Georgia Republicans enacted a restrictive new voting law, saying the sport’s leaders were misled by criticism from Democratic President Joe Biden.

“These are real-life effects of people making poor decisions that has hurt this community as a whole,” said House Minority Leader Kevin McCarthy, speaking at a suburban Atlanta restaurant where people were lined up to dine.

Democrats, though, say Republicans have only themselves to blame for any fallout from Georgia’s voting law, since Republican votes pushed it through the Georgia General Assembly and Republican Gov. Brian Kemp signed it into law.

“Republicans, and no one else, own all the repercussions,” said state Democratic Party spokesperson Rebecca Galanti.

McCarthy, a Californian, suggested Major League Baseball should make up lost revenue to small businesses, saying the game was going to boost recovery from the struggles of COVID-19 in suburban Cobb County. Once solidly Republican, the county voted strongly for Biden in 2020.

Biden declared the Georgia law “un-American” and “Jim Crow in the 21st century,” but was attacked for misstating some of its provisions. Republicans claim he and other Democratic opponents are responsible for the economic fallout of the game moving to Denver.

Local leaders claimed the game would have a $100 million economic impact. Critics have questioned those figures, but even that amount is a tiny fraction of metro Atlanta’s $422 billion annual economy.

Masks will no longer be required at one Utah sports venue

MLB Commissioner Rob Manfred has said he decided to move the All-Star events after discussions with individual players and the Players Alliance, an organization of Black players formed after the death of George Floyd last year.

“Hourly wage people, they can’t afford to not have a job,” Brown said.

Gus Tselios owns the Marietta Diner where McCarthy spoke and five other Cobb County restaurants. He told reporters, “it’s not the end of the world.”

“We were looking forward to hosting that beautiful event,” Tselios said. “Nevertheless, it didn’t happen. We need to move on. Hopefully the Braves keep winning and hopefully we have some playoff games.”